What to Kaffir Lime Leaves Substitute?

Kaffir lime leaves are a staple in Southeast Asian cooking, but if you can’t find them at your local grocery store, don’t despair! There is plenty of kaffir lime leaves substitutes that will give you the same flavor at a fraction of the price.

What Are Kaffir Lime Leaves?

Kaffir lime leaves have a distinct flavor that is both citrusy and earthy. They have a long history in Southeast Asian cooking and are sometimes called “makrut lime leaves.” The leaves are used whole or shredded and added to soups, curries, stews, and other dishes for their unique flavor and aroma. 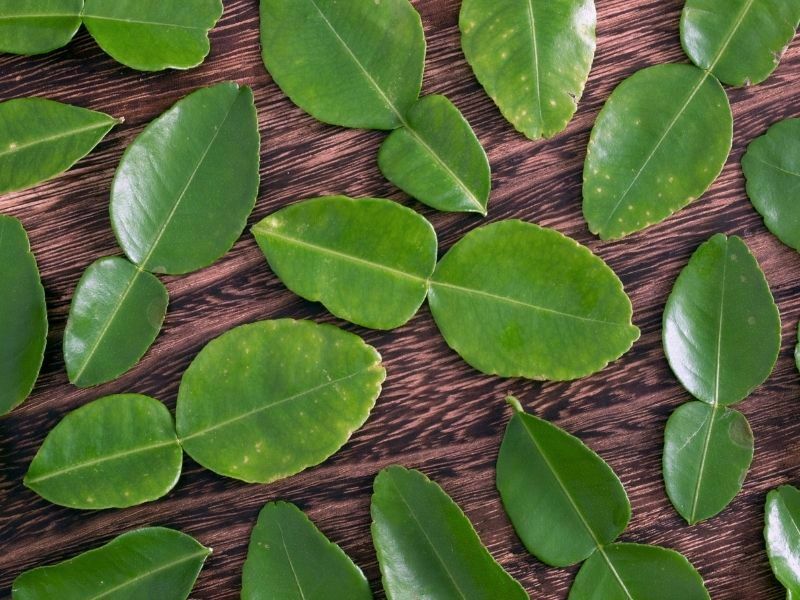 How To Cook With Kaffir Lime Leaves

Kaffir lime leaves are one of the most versatile ingredients in your kitchen. You can use them to add a unique, citrusy flavor to soups, curries, stir-fries, and more.

They’re also surprisingly easy to use. Here’s how:

1. Add them to soup or stewed dishes

Kaffir lime leaves have a strong citrus taste that goes well with fish, chicken, pork, and other meats. Try adding them to soups like pho or chicken noodle soup, or stewed dishes like curries and stews. You can also use them in stir-fries instead of regular basil or cilantro—they taste great with shrimp or other seafood dishes!

2. Use them to make kaffir lime-chili paste

You can also use kaffir lime leaves to make a spicy paste that you can add to rice, soups, and stews. Just mix together 3 tablespoons of minced lemongrass, 2 chopped shallots, Kaffir lime leaves (about 7), and 1 or 2 teaspoons of crushed dried chilies in a food processor or blender. You’ll need to experiment with the number of chilies you use depending on how spicy you like your food.

3. Use them as garnishes for meat or seafood

Kaffir lime leaves are also great to use when you’re serving meat or seafood like chicken, shrimp, and fish. Just rinse the leaves well before using them, and then sprinkle them on top of your dish when you’re serving it. It’ll give it extra flavor and make your dish look more appetizing!

It’s best to use fresh leaves if you want the best results. You can freeze the unused leaves, however, if you don’t plan to use them. Wrap them tightly in plastic wrap after making your paste and store them in an air-tight container or freezer bag. You can also freeze the leaves whole and then remove them before using.—Fenella Souter

What to Kaffir Lime Leaves Substitute

The main flavor component in kaffir lime leaves is citral, which imparts citrusy, floral notes to dishes. It’s also responsible for the distinctive aroma that makes kaffir limes so recognizable. To get the same effect without using actual leaves, try using one of these ingredients instead:

A little more pungent than fresh lemongrass, dried stalks are still quite fragrant and have a very similar flavor profile. Just add them to your dish when you would normally add fresh kaffir lime leaves.

This is a great option if you don’t want to use dried stalks or fresh lemongrass itself because it’s shelf-stable for up to 12 months after opening. You can find it in most Asian grocery stores as well as online! 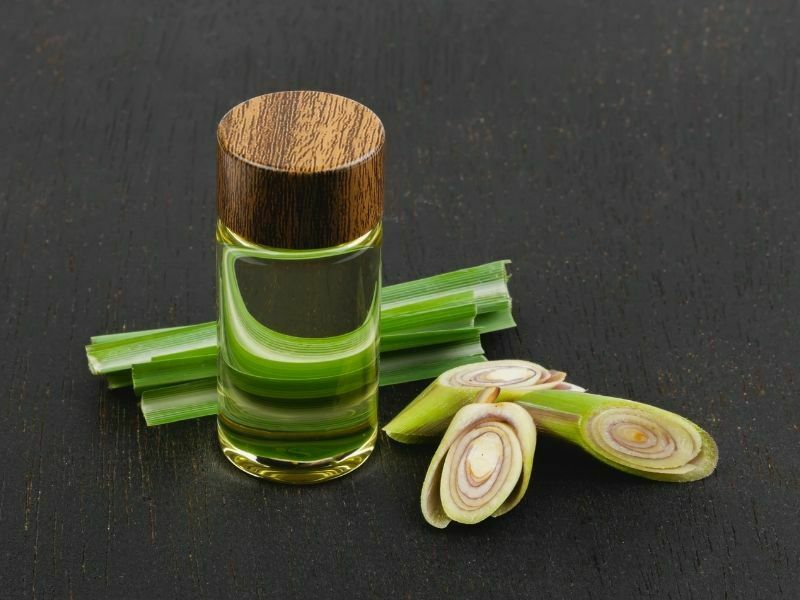 If you’re looking for something even more subtle than lemongrass oil but still want the flavor of kaffir lime, zest is the way to go! Use a fine grater to scrape off the colored part of the rind only; avoid the white pith underneath because it is bitter tasting.

Lime zest can be used as a substitute for kaffir lime leaves if you don’t have any on hand. You just need to make sure that you use only the green outer layer of the fruit, which is where most of the essential oils are located.

If you don’t have any kaffir limes on hand but still want the traditional Thai flavor, try using lemon thyme instead. Lemon thyme has a similar scent to kaffir lime leaves and works well in soups and stews that feature coconut milk or chicken stock as their base ingredients. It’s also often used with seafood like salmon or tuna because it pairs well with fish as well as chicken breast or pork tenderloin cutlets. 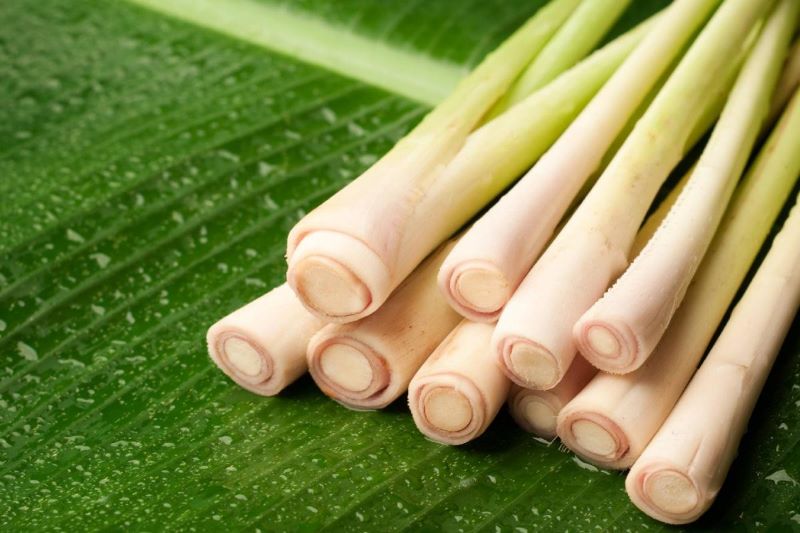 Lemongrass is another ingredient that you can use as a substitute for kaffir lime leaves since it has a similar citrusy scent and flavor profile. It comes from an herbaceous plant that grows in tropical climates worldwide and is often used as an ingredient in Thai cuisine. Cooking with lemongrass can result in a slightly pungent and even slightly bitter taste, but you can use it for a short time before adding the leaves back into your dish to blend the flavors together and balance out the herbs’ bitterness.

Bay leaves are one of the most popular herbs used in cooking. The flavor that it adds to any dish is incomparable. It can be used as a garnish or to give food an extra boost of flavor. The bay leaf helps to reduce the bitterness of some vegetables and also helps to make them tastier.

You can use bay leaves as a substitute for kaffir lime leaves if you don’t have them on hand. However, keep in mind that their flavor is not the same, so if you’re looking for something with a similar taste and aroma, this may not be the best option for you.

Dried kaffir lime leaves are also known as “makrut” in Thai, which is the same word used to refer to the kaffir lime fruit. Compared to fresh kaffir lime leaves, dried ones have a more concentrated flavor. They may dry out faster than fresh ones so you need to store them in airtight containers and use them within one month, otherwise, their texture will become brittle and they will lose their flavor.

Curry leaves are very popular in Indian and other Asian cuisines. They have a pungent flavor and a unique aroma. Curry leaves can be used in any dish where you need a unique kick of flavor. You can also use them whole in stews and curries to impart the aroma of curry leaves without having to chew on the leaves themselves. 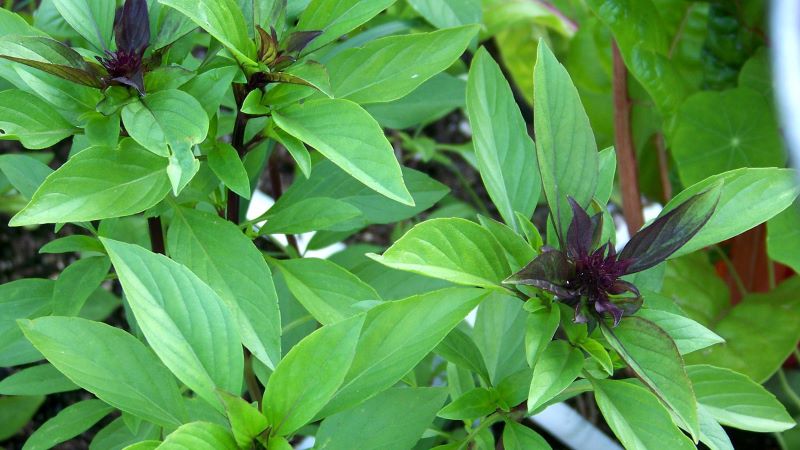 If you’re looking for an herb with strong Thai flavors, look no further than Thai basil. Thai basil has long pointed leaves that have a distinct anise flavor that works well with fish, chicken, beef, and pork dishes. It’s also great in salads or stirred into soups or sauces for added flavor and texture.

Lime oil is a great substitute for kaffir lime leaves because it has a similar aroma and flavor. Also, it’s easy to find in most grocery stores or online. You can add a few drops of lime oil to any dish that needs brightening up with an extra burst of flavor.

Kaffir limes are green-colored limes that have been pickled with salt and brine. Their skin is thin enough that it can be eaten along with their fleshy insides like key limes do not require peeling before being consumed.

In Thailand, they are used both whole or sliced into wedges as garnishes on many dishes such as Tom Yum or Pad Thai noodles or even Westernized dishes such as salads or seafood cocktails.

The most common substitute for kaffir lime leaves is lemongrass, which works well in most situations when making Thai or Indian curries or soups. You can also use fresh basil leaves if you want to create a similar flavor profile without adding much heat to your dish.

Previous Article9 Best Chips for Diabetics Reviews of 2022
Next Article What to Substitute for Italian Seasoning?