Sage is a kitchen herb that is used for many different purposes. It can be added to foods to enhance their flavor and aroma, and it is often used in meat dishes. Many cooks will cook with sage because it is such an easy herb to work with. In this article, we will learn more about sage and What does sage taste like? so that you are able to choose the right recipe! 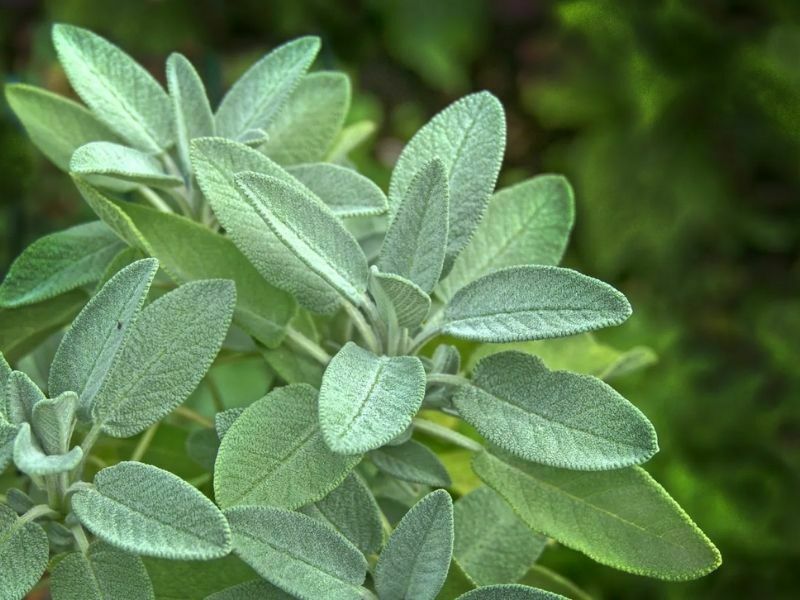 Sage is a small subshrub that is native to the Mediterranean region. It’s found in the wild, and it has been used as an herbal remedy since ancient times.

The most common sage species, Salvia officinalis, is commonly known as “common sage” or “culinary sage.” The species name, officials, refers to plants with a long history of medicinal use — Officina was the term for medieval pharmacy.

Sage is a perennial shrub in the mint family (Lamiaceae). The leaves are greyish green and covered with fine hairs. In summer and autumn, tall flower spikes emerge from the plant and produce purple-blue flowers. These spikes often attract bees, butterflies, and other pollinators.

Sage is a perennial herb with a woody stem and gray-green, velvety leaves. It has a robust, earthy flavor that’s similar to rosemary but is milder and less bitter. The flavor of sage intensifies when the leaves are dried. Sage can be used fresh or dry in both sweet and savory dishes.

The texture of sage is thick and tough, so it’s best to chop the leaves before adding them to dishes. If you’re frying sage, it’s best to fry them in oil and butter for a few seconds until it starts to crisp. Fresh sage can be added to a dish at any point during cooking. Dried sage is harder in texture and it can be crumbled before adding it to your dish. Use more dried sage than fresh (about 3 times as much) since it has a more intense flavor.

How to Use Sage 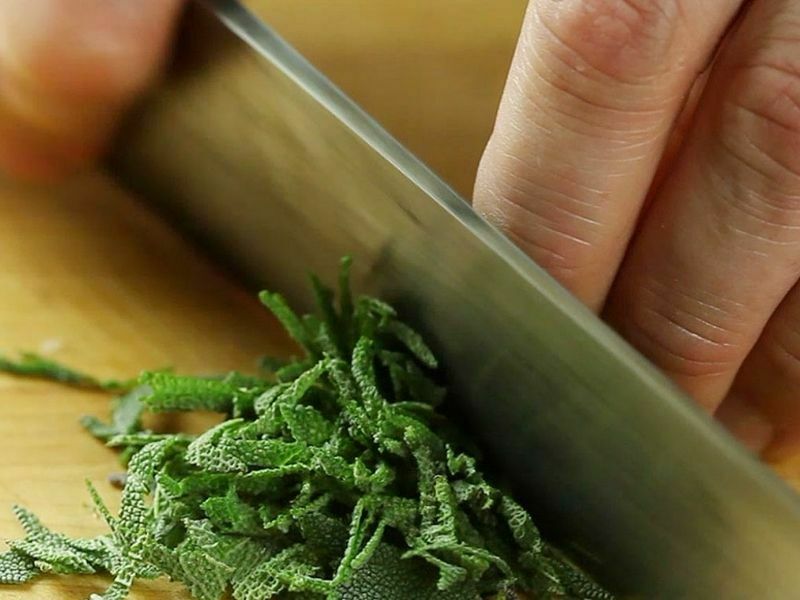 The flavor of sage works well with fatty, rich meats like pork or beef. Roasted turkey is almost always served with sage stuffing because of the complementary flavors. In Italian cuisine, sage is commonly used in sausage-based dishes like sausages and peppers or meatballs and gravy. Sage also works well in creamy sauces for pork chops or tenderloin, as well as vegetable side dish recipes like roasted carrots or grilled zucchini.

Sage leaves are often fried in butter until crispy, which results in a crunchy garnish for pasta dishes or even baked potatoes. The leaves can also be crumbled into salads and other cold dishes to add flavor without having to cook them first.

Where Do You Buy Sage?

You can buy sage in any grocery store. Look in the spice aisle or the produce section, where you will find dried sage and fresh sage. The fresh leaves are mostly gray-green with a fuzzy texture, and they are quite soft. Dried sage leaves are dark gray-green in color, and they have a brittle texture.

How Do You Store Fresh Sage?

Fresh sage should be stored in an airtight container between damp paper towels in the refrigerator for up to 5 days. If you wrap fresh sage loosely in a plastic bag, it can last up to 10 days in your fridge. If you want your fresh sage leaves to last longer than 10 days, wash them thoroughly, pat them dry and then freeze them on a baking sheet until they are hard. Next put them into freezer bags and store them in your freezer for up to 6 months.

Can I Substitute Rosemary For Sage?

Yes! You can swap sage for rosemary or vice versa. Rosemary and sage are both strong, woody herbs that are closely related to each other. They have a similar flavor profile and can be used interchangeably in most recipes.

However, there is a difference between the two herbs. Sage has a more savory flavor, while rosemary has an astringent bite that it brings to any dish. If you’re using the two herbs as a substitute for one another, think about the flavors of your dish as a whole and how they might change by swapping out one herb for the other.

Sage is a popular herb for adding to stuffing and dressing. Fresh sage is added to the mixture and baked along with the rest of the ingredients. This adds flavor and aroma to the dish. For this reason, it is often found in dressing recipes that feature poultry or pork.

Pork chops can be seasoned with sage before they are grilled or pan-fried. Make a simple rub by mixing minced sage with salt and pepper, then rubbed into the pork chops before cooking them. Sage pairs well with other herbs such as rosemary and thyme.

Melt 4 ounces of butter in a small pan on low heat. Add 2 tablespoons of chopped sage leaves and stir well. Remove from the heat and let cool for about an hour. This will keep for about a week in the fridge or can be frozen for several months.

Poultry seasoning is a blend of herbs and spices from the English tradition. Thyme, sage, rosemary, and savory are usually the main ingredients. I like to add other flavors to my poultry seasoning, but keep it within the same ballpark. For example: adding marjoram and oregano in place of the thyme and rosemary is nice. Adding fennel seed in place of some of the savory can be delicious. But I don’t recommend mixing up your own poultry seasoning with things like nutmeg or ginger.

Sage has been associated with healing since ancient times. The name itself is derived from the Latin word “salvare,” meaning “to save.” During the Middle Ages, sage was used as an antiseptic and to treat fevers, liver disease, epilepsy, and other ailments. Modern research has found that sage contains compounds that may help reduce inflammation, improve brain function, and lower blood sugar. However, more studies are required to fully understand its health benefits.

Here are several health benefits of sage that are supported by scientific research.

The active compounds in sage may help fight inflammation. As a result, it may be beneficial for people with inflammatory illnesses like rheumatoid arthritis and inflammatory bowel disease (7Trusted Source).

In one study, women who consumed sage essential oil experienced significant improvements in memory and brain function compared to those who did not (8Trusted Source).

In closing, cooking with Sage is easy. As long as you remember to wait until your recipe calls for a pinch of it and not to smother it in the stock, you can cook with it as often as you like. What Does Sage Taste Like? The taste of sage truly transcends the ordinary . . . which is exactly why most chefs prefer to be conventional and add it at the end after they’ve finished cooking!