Have you ever wondered what does rhubarb tastes like? Rhubarb is a very popular plant to grow in gardens but some people are intimidated by its looks. If this sounds like you, don’t worry because I will be sharing my experience eating rhubarb and how it tastes so that you can decide whether or not you want to taste this vegetable yourself.

Contents show
What Is Rhubarb?
How to Use Rhubarb
Types of rhubarb
How to Pick Good Rhubarb
How to Store Rhubarb
Where to Buy Rhubarb
What Does Rhubarb Taste Like
1. It’s crisp
2. It’s slightly sweet
3. It’s sour
4. It’s tart
Benefits of Rhubarb
1. Supports Your Immune System
2. Improves Digestive Health
3. Great Addition to Keeping Your Bones Strong
4. Helpful Food Choice for Weight Loss
5. Supports Stable Blood Sugar Levels
Popular Recipes to Try with Rhubarb
1. Compotes
2. Slow Roasted Treats
3. Salads
4. Lovely Jams
5. Soups
6. Candy Treats
FAQs
1. Can you eat rhubarb raw?
2. Is rhubarb considered a vegetable?
3. Is rhubarb a fruit?
4. Where do I find rhubarb?
5. How long does it take for rhubarb to grow?
6. How can I get my rhubarb plant to be more productive?
7. When is the best time to harvest rhubarb?
8. When is rhubarb in season?
In conclusion

Rhubarb is yet another great plant food with a special and distinct flavor. It looks like a giant red celery stick and is found in the produce section of the grocery store, but it’s not a vegetable at all. Rhubarb is actually a fruit.

How to Use Rhubarb

Rhubarb is a vegetable, so it is usually cooked and served as a savory dish. It is most often used in pies, crumbles, and other desserts. 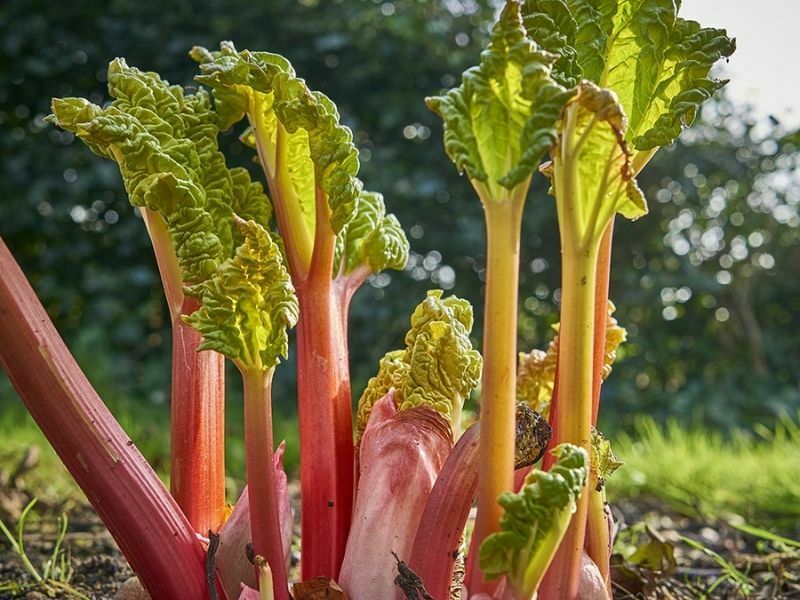 In addition to the stalks, which are edible, the leaves of rhubarb are poisonous and should never be eaten. The stalks can also be tough and stringy, so remove any strings before cooking.

Rhubarb can be used raw or cooked. When raw, it has a sharp flavor that softens with cooking. The more mature the stalk, the stronger its flavor will be.

Rhubarb’s color ranges from green to red with red being sweeter and more appealing for uses in baking.

There are two types of rhubarb: red-stalked and green. The red is more popular, but both types have a tart flavor. You can use either type in these recipes.

How to Pick Good Rhubarb

1. Look for firm stalks that aren’t too thin or thick. Rhubarb stalks are quite crisp when raw, similar to celery.

2. Choose leaves that are brightly colored and fresh-looking.

3. Avoid those that are wilted or dull in color as they will not have as much flavor as others.

4. The reddish-pink stalks of rhubarb are the only edible part of the plant. The leaves contain oxalic acid, which can cause kidney stones in large amounts, and should not be eaten.

How to Store Rhubarb

Because rhubarb tends to wilt and soften quite quickly at room temperature, you’ll want to store it as soon as possible, until you’re ready to use it. 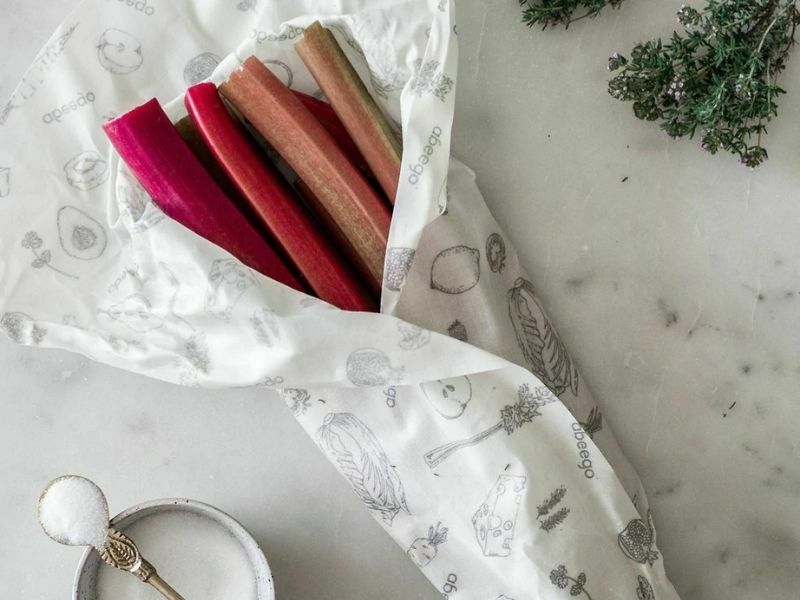 While you can place the stalks in a freezer bag or Ziploc bag and store them for a few days, it turns out a much better method is to loosely wrap the stalks in foil and put them in the refrigerator.

You may keep the rhubarb’s freshness for as long as two weeks or more by doing this.

You may freeze the stalks if you need to keep them for a longer period of time. Simply:

1. Remove any leaves, then rinse and clean off each stalk

2. Chop an inch off both ends of the stalks

3. Chop the stalks into chunks (the length of the chunks is up to you)

4. Place the pieces into a Ziploc freezer bag, as you slowly zip the bag, try to get as much air out before completing the seal

5. Place the bag in your freezer

Where to Buy Rhubarb

Rhubarb is a perennial vegetable that tends to be popular in the spring. Because it has a delicate flavor, you want to look for the freshest rhubarb possible. Here are a few places where you can buy rhubarb:

You may also be able to find locally grown rhubarb at farm stands or fruit stands. It’s worth it to call around and see if anyone is selling fresh rhubarb.

Rhubarb is a very popular perennial vegetable and can be found in most gardens. It is known for its red, tart stalks that are used in pies and other desserts. But what does rhubarb taste like?

Rhubarb is a vegetable that grows in the spring and summer. It’s like celery, and tart, like a lemon.

Rhubarb stalks are long, red to pinkish in color, and are often eaten cooked as a jam or pie filling.

Rhubarb is not very sweet by itself. The longer rhubarb is cooked, the sweeter it becomes. Rhubarb can be cooked with sugar until it turns into a sweet jam or pie filling. When it’s mixed with other fruits that are sweeter than rhubarb, it becomes an excellent dessert.

Raw rhubarb stalks have a crunchy and juicy texture that can be described as sour.

If you’re like most people, you absolutely won’t fancy eating rhubarb stalks raw on their own because they’re simply too tart and sour, reminiscent of Granny Smith green apples or cranberries.

Rhubarb is a tart, flavorful stalk that is used in a variety of desserts. It’s often combined with sugar, which complements its tart flavor. Rhubarb pairs well with strawberries and other fruits, as well as spices such as ginger and cinnamon.

Here are some great ways you could benefit from eating more rhubarb:

Vitamin C is a powerful antioxidant and plays a key role in boosting your immune system and white blood cell activity. Rhubarb is a great source of vitamin C.

I’m sure you’ve heard of the many benefits of fiber for your digestive health, and that’s just another great reason to eat rhubarb, as the stalks are rich in fiber which helps improve bowel regularity and prevent constipation. 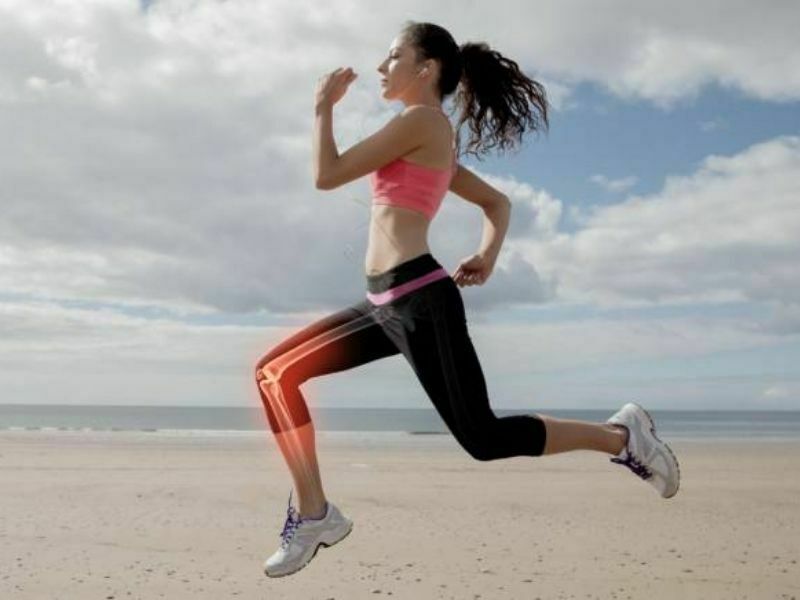 Rhubarb also contains good amounts of vitamin K, with each serving supplying 45% of your daily needs. Along with calcium and magnesium, vitamin K plays an important part in healthy bone development, which can protect against osteoporosis and other fragile bone conditions.

If you’re struggling with some extra weight, you can be at ease with rhubarb, as each 100-gram serving only contains 21 calories, making it a healthy, low-calorie fruit ingredient you can include in your diet.

Struggling with uncontrollable blood sugar fluctuations? Then you’ll want to know that, compared to other plant foods, rhubarb’s high fiber content has also demonstrated benefit in controlling passive absorption of sugar into your bloodstream.

Popular Recipes to Try with Rhubarb

You might be surprised to learn that rhubarb is quite versatile in terms of what kind of meals and dishes you can make with it.

Let’s go over some popular ways to use rhubarb for making delicious treats!

Rhubarb is frequently used to make flavorful compotes, often combined with fruits like strawberries and apples, and sometimes sweetened further with sugar, maple syrup, or honey.

You can even roast rhubarb stalks with other ingredients for a really special, mouth-watering treat.

Yup, if you’re into salads (and you should be!) you can even get creative with rhubarb by combining it with other fresh produce items in season. Simply chop (or shave) the rhubarb into small pieces and it’s ready for use.

Another classic use of rhubarb is to make sweetened jams. You can use the jam on all kinds of things like toast, rye bread, desserts, or as a filling for pies and homemade snack bars.

Longing for a warm and healthy soup? Here is another easy treat you can make for yourself using rhubarb and a few other ingredients for added sweetness. You can even get creative with spices and herbs to achieve just the right amount of flavor and spice.

Who needs to buy candy when you can make sweet and sour treats? It’s very easy too! All you need to do is:

1. Can you eat rhubarb raw?

A: While technically edible raw, rhubarb is best eaten cooked because it contains oxalic acid which gives the plant its sour taste. If you’re going to eat it raw, use only the stalks (which are sweet) and not the leaves (which are poisonous).

2. Is rhubarb considered a vegetable?

A: Technically speaking, rhubarb qualifies as a fruit because it has seeds and comes from a flower. The Supreme Court of the United States ruled in 1947 that rhubarb became a fruit when it appeared on our dinner plates!

Although it’s treated as a fruit in cooking, rhubarb is actually a vegetable.

4. Where do I find rhubarb?

A: You can find rhubarb at your local farmers’ market from April to June. Look for stalks with brightly colored skins (avoid pale stalks; they tend to be stringy).

5. How long does it take for rhubarb to grow?

A: A rhubarb plant will take about two years to reach full vigor, but you can harvest the stems almost from the time of planting. Rhubarb is a perennial and will continue to produce for many years.

6.  How can I get my rhubarb plant to be more productive?

A: The best way to increase the yield of your rhubarb plant is to fertilize. Apply a balanced fertilizer such as 10-10-10 in late winter or early spring when the new shoots begin to grow. Follow this with a side dressing of composted manure in early spring.

7. When is the best time to harvest rhubarb?

A: Pick stems as they reach nine inches tall by grasping them near the base and pulling firmly upward. Do not pull them off at the base or you might end up pulling out some of the plants’ roots. Stems should be harvested from an established plant for the first two years after planting. After that, wait until its third year before harvesting any stems and then only harvest about one-third of the stems each year.

8. When is rhubarb in season?

A: Rhubarb is available from late April through June. In the U.S., most of the commercial crop comes from the Pacific Northwest, but some is also grown in Michigan and New York state.

Rhubarb has a very tart taste that many people do not appreciate. However, you can make some tasty desserts from it when you cook it the right way. It is also a nice addition to your garden as it grows in an attractive fashion and makes your garden stand out. From my experience, I would recommend eating Rhubarb raw with honey or putting it in a dessert.

Previous ArticleWhat Does Cornstarch Taste Like?
Next Article Top 10 Best Oils For Cooking in 2022: You Need In Your Kitchen