10 Best Substitutes for Chives You Can Choose of 2022

Do you need a substitute for Chives? You know, that green onion you use in cooking? Here are some substitutes for chives to help.

Chives are a member of the onion family and taste like mild garlic or onion. They’re used in cooking to flavor soups, eggs, salads, and fish dishes. Chives have an edible flower that looks like a lavender-colored onion blossom.

Chives are easy to grow from seed or divide in the spring or fall. They can be planted in full sun or light shade. Chives grow best in rich soil with good drainage, but they tolerate poor soils as well. Chives prefer cool temperatures, so start them indoors early in the season if you live where summers are hot and dry. If you’re growing chive plants from seed outdoors, plant them directly into your flowerbeds after the danger of frost has passed in spring or early summer when daytime temperatures reach about 65 degrees Fahrenheit (18 C).

How To Store Chives Right Way?

Chives are one of the easiest herbs to keep fresh. They don’t require much care and can be kept for months if you take a few simple steps.

Fresh chives should be kept in a plastic container with holes in the lid or placed in a sealed bag with a few holes poked into it. This allows air to circulate around the chives, which helps keep them from getting moldy or wilted.

2. Dry Your Chives Before Storing Them

If you plan on storing your chives for an extended period of time, such as during the winter when fresh chives aren’t available, dry them before storing them so they don’t rot. To dry your chives, simply place them on paper towels and let them sit out until they are completely dry. You can then cut off the roots and store them in an airtight container or plastic bag until ready to use again.

3. It should be stored in a cool, dark area away from heat or sunlight.

They will keep for up to 3 weeks if stored properly. If you want to store them longer than 3 weeks, place them in an airtight container with a damp paper towel wrapped around them before refrigerating or freezing the chives

Place an apple or onion in the jar with the chives to keep them fresh longer.

This is a great option. Simply wash your chives thoroughly under running water and pat dry with a clean dishtowel or paper towels before placing them in an airtight plastic bag or container. Place the container into the freezer immediately after drying so that no moisture gets onto the chives while they are being stored outside of the freezer compartment in your refrigerator/freezer unit!

Chives are rich in flavonoid antioxidants and vitamin C, making them an excellent addition to your diet. Unfortunately, chives don’t contain much fiber or protein, so you’ll want to pair them with other foods that contain these nutrients if you’re looking for a complete meal.

Here’s a look at some of the health benefits associated with chives:

Chives contain flavonoids that may help lower blood pressure by inhibiting the activity of certain enzymes that cause inflammation.

Chives contain saponins that boost immune system function by increasing white blood cell count and boosting antibody response to infections. They may also have antioxidant properties that help fight free radical damage caused by the oxidation of fats in our bodies, which can lead to cancerous cell growth if not corrected by antioxidants such as those found in chives.

Studies show that chive extract may help reduce symptoms of colds and flu due to its antiviral activity. It may also reduce inflammation of the nasal passages caused by colds or flu

Chives contain vitamin C, which helps fight off infections and boosts immune system function. Vitamin C is also a powerful antioxidant that protects cells from damage caused by free radicals in the body.

Studies show that consuming chives can lower cholesterol levels by as much as 10%. Chives also contain antioxidants called flavonoids that protect against heart disease by fighting inflammation throughout the body

Chives have been shown to improve insulin sensitivity by increasing glucose uptake in muscle tissue. This effect was seen in rats with type 2 diabetes after two weeks of treatment with aqueous extract from fresh chives leaves or dried chive leaves.

10 Best Alternatives To Substitutes for Chives

Chives are an herb that is often used in cooking. They have a mild onion flavor and are great when you want to add some extra flavor to your dish.

But, what if you don’t have chives on hand? Here are some alternative ingredients that you can use instead of chives:

Cilantro has a similar flavor profile to chives with a bit more spice and a slight citrus note. It is best when added at the end of cooking or sprinkled on top of finished dishes. 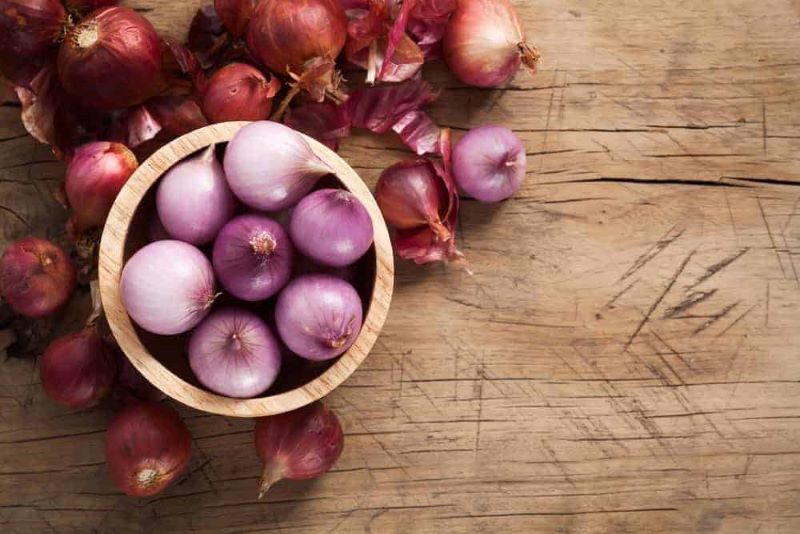 Shallots are a member of the onion family and look similar to garlic cloves but with a milder flavor. They’re excellent roasted as part of an appetizer spread or sliced thin as a topping on burgers or sandwiches. You can also use thinly sliced shallots instead of chives in recipes like cream cheese mashed potatoes or potato salad.

Both scallions and green onions are similar to chives in flavor, but with a more mild taste. If you’re looking for something that’s easy to find at any grocery store, this is a good option.

Barlauch is a member of the onion family that is closely related to garlic and ramps. Like garlic and ramps, Barlauch tastes like an onion when cooked but it also has a bad aroma when raw which makes it difficult for some people to eat raw unless cooked firs 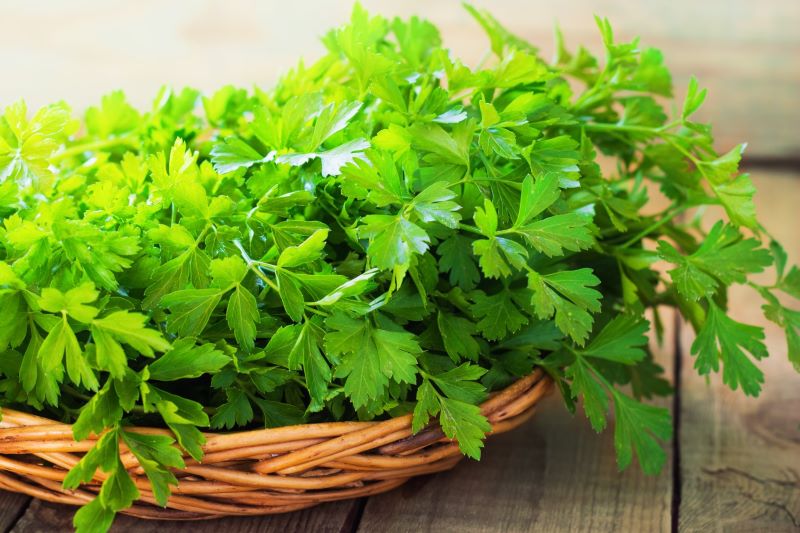 Parsley also has a similar flavor profile as thyme but without the strength, so it may not work well with some recipes.

Garlic powder and garlic salt both have the same flavor as fresh garlic and can be used in many dishes where fresh garlic would be called for in the recipe. This is another option that many people already keep on hand in their spice cabinet.

Chive flowers have a stronger flavor than their leaves do, so if you’re looking for something with more punch you should consider trying these instead of regular chives. They’re also beautiful in salads or as garnishes on top of soups or other dishes! 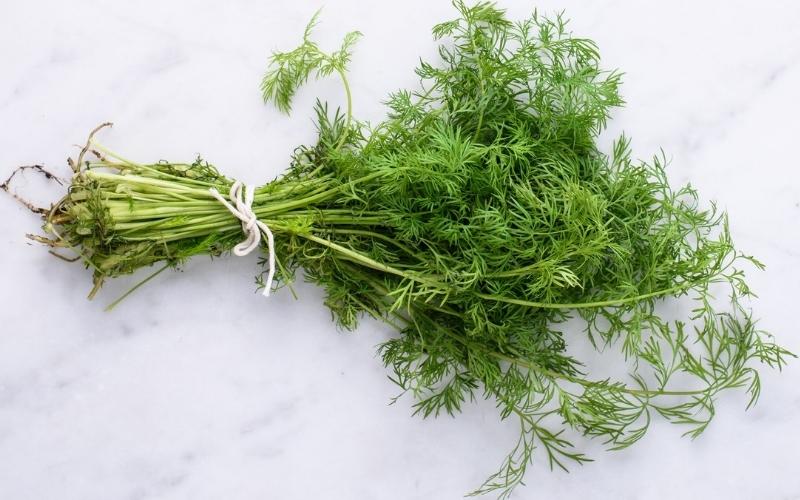 Dill has a milder flavor than chives, but it is also more grassy and herbaceous than chives. Dill is great in salad dressings or sauces where its light flavor can shine through without overpowering the dish (though it can overpower some dishes). Dill also has a very mild onion-like quality that makes it popular in pickling recipes.

Chives are a member of the onion family, and they have a mild onion flavor. Their delicate onion flavor goes well with many foods, from potatoes and eggs to seafood, chicken, and beef. Chives are also great for flavoring soups and stews.

Chives can be used fresh or dried. Dried chives lose some of their flavors but are still useful for adding color to dishes like salads and sandwiches.

Here are some delicious chives recipes:

Chive potatoes are a classic French side dish that’s easy to make and absolutely delicious. They go with just about any meaty main dish, and they’re also a great way to use up leftover mashed potatoes.

Fun fact: baked potatoes have been around since the time of the Aztecs! This recipe takes the classic baked potato and kicks it up a notch with creamy goodness.

This chicken salad is the perfect combination of sweet and savory, with a touch of creamy goodness. The chives are the secret ingredient that adds that little something extra to this delicious chicken salad recipe.

This chicken breast recipe is so good that you won’t even miss the bread! The chives in this dish give it a wonderful flavor.

This is a dish that will make you feel like you are eating at a fine dining restaurant. The potatoes are cooked perfectly in a creamy sauce and topped with cheese. You can serve this as a side dish or even as an appetizer during your next dinner party.

6. Potato and Leek Soup with Chives

This soup is perfect for those days when you want something warm and comforting to eat. It’s also very nutritious since it contains leeks, which are known to promote healthy digestion, as well as potatoes, which provide energy. If you want more veggies in your diet, throw in some chopped carrots or celery before cooking the soup.

If you love chicken thighs but find them dry after cooking them on the stovetop, try roasting them in the oven instead! This recipe calls for seasoning the chicken thighs with garlic powder, pepper, and chives before placing them on top of a bed of sliced onions and garlic cloves seasoned with olive oil and salt

Chives belong to the onion family and have a mild flavor that lends itself to many foods — soups, salads, and sauces — but they aren’t technically herbs because they’re grown from bulbs rather than seeds.

2. What is the taste of chives?

Chives are a member of the Allium family. They have a mild onion flavor and are often used in salads and other dishes to add flavor.

A: You can use dried chives in place of fresh ones but there is no comparison between the two. The flavor of dried chives is weak and will not be able to add any flavor to your dish. We recommend using fresh chives whenever possible.

4. How do you make homemade chives taste as store-bought?

You can use onions, garlic, or leeks instead of chives to get a similar flavor. You can also add mustard seeds, celery seeds, and tarragon to create a similar taste.

In summary, if you need to conduct a substitution experiment and want to know the best substitutes for chives, then try these. I would also love to hear from anyone who has tried these in their cooking and how they tasted compared to chives. Feel free to drop me a line or two.