Have you ever wondered what are some good substitutes for Au Jus? Well, today we’ve put together a list of great alternatives to give you some ideas. The best part is that they’re all pretty easy to make.

What Is Au Jus?

Au jus is a French term that literally translates to “with juice.” The term has come to be used in reference to the gravy served with roast beef and other cuts of meat. It’s made with meat drippings, along with stock and seasonings.

Au jus is not just for beef — you can make au jus out of chicken or pork as well. The meat drippings are mixed with water and some kind of broth or stock, then seasoned with herbs and spices.

If you’re looking for a substitute for au jus, a sauce made of beef broth and wine, there are several options. If you want to make your own, use the recipe below.

Beef broth is a good substitute for au jus. It’s also an excellent way to add flavor to other dishes. Use it as a base for soups and stews or pour it over noodles or potatoes. 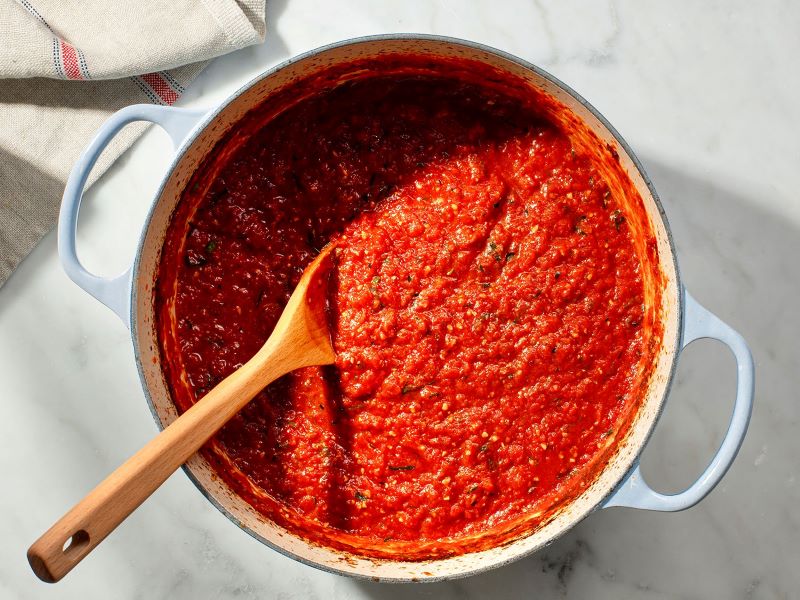 Tomato sauce is another good substitute for au jus when cooking meatballs or meatloaf. Add tomato sauce to your favorite meatball recipe instead of red wine, then top with cheese before baking them in the oven until browned and bubbly on top.

If you’re making a pot roast or other braised meat dish, this is an easy substitute. Just mix equal parts red wine vinegar and boiling water together in a bowl until the mixture is at room temperature. Pour it over your cooked meat and serve immediately. 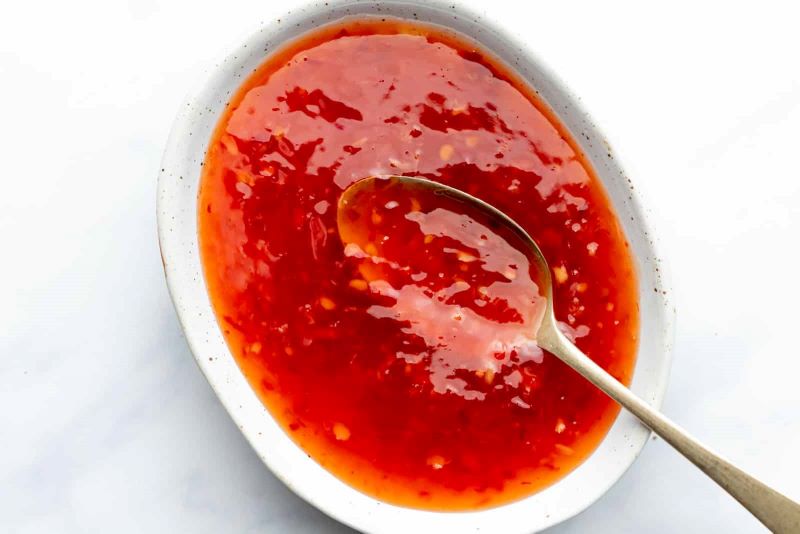 Chili sauce is similar to ketchup but has a spicier flavor. Use it to season chili or stews instead of ketchup or salsa or whatever else you’re using right now as your go-to condiment for beef recipes. You can also use it as a dip for fries or onion rings or anything else that goes well with chili sauce!

This is an easy substitute for those who don’t have much time on their hands but want something quick and easy to use as an au jus substitute for their food. You can add salt and pepper directly onto your steak before grilling or pan-frying it to give it flavor without having to prepare anything else beforehand.

When you’re making dinner for someone who doesn’t eat meat, it’s sometimes hard to find substitutes for traditional dishes. This one’s easy. Instead of adding beef drippings to your gravy, add some onions instead. They add flavor and texture to the dish while still leaving out the meat completely.

This herb is often used in roast beef recipes because it adds great flavor without overpowering the dish. If you don’t have any thyme on hand when making an au jus substitute, try adding some dried parsley instead. It has similar flavor characteristics but isn’t as overpowering as thyme can be sometimes.

A little bacon fat added to the mix gives the gravy a smoky flavor that is hard to resist. 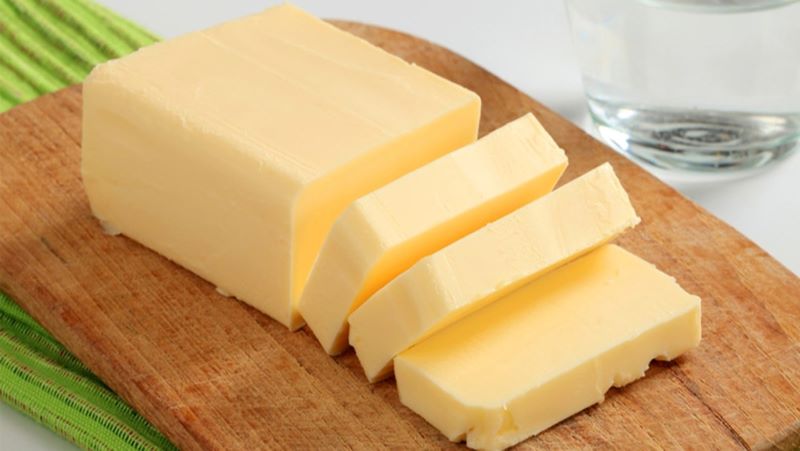 Butter is another way to get some extra flavor into your gravy without adding too much moisture. Adding butter will make your gravy thicker, so you’ll have to add more beef broth or water than usual.

For an interesting kick, try adding some chili powder or cayenne pepper to your meat drippings before making your roux and adding the liquid. This can be done in addition to or instead of adding salt and pepper.

A cinnamon paste can be used as a thickener for au jus gravy and is also good in sauces and gravies made with apple cider or apple pie filling (canned). To make a cinnamon paste, mix 1 tablespoon ground cinnamon with 1/2 cup sugar until well blended; then add 1/4 cup hot water and stir until smooth (or microwave at high power for 15 seconds).

Parsley is a great substitute for Au Jus. It adds a little bit of flavor and color to the dish, but it also has a lot of health benefits. If you don’t have parsley in your house, you can substitute it with basil or cilantro. 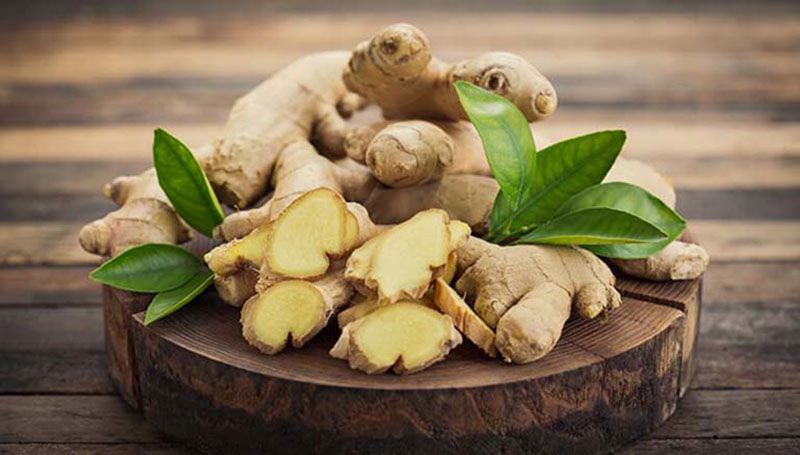 Gravy is probably one of the most common substitutes for au jus. It’s readily available in cans, so you can get it at any grocery store. Gravy is usually made from beef stock, which means it has a similar flavor profile to au jus. And if you’re not into the gravy, there are also vegetarian options and even vegan ones!

Ketchup is another popular choice for people who want to make their own substitute for au jus at home or on the go. Ketchup is made from tomatoes, so it tastes like tomato sauce but with a little bit more sweetness to it than tomato sauce does on its own (which might be good or bad depending on how much sugar you like in your food).

The best au jus recipe is made from scratch, and it’s surprisingly easy to make. This simple recipe for homemade au jus is a great base for any roast beef recipe.

Step 1: In a small saucepan, heat oil over medium heat until it just begins to bubble.

Step 2: Add cornstarch and water; whisk until smooth. Stir in salt and pepper; bring to a boil over medium-high heat.

Step 4: Remove from heat; cover with plastic wrap, pressing down onto the surface of gravy to prevent skin from forming as it cools (about 15-20 minutes).

Yes! The USDA recommends that you use fresh roast beef (or other meat) and cook it thoroughly until it reaches 165°F as measured by a food thermometer placed in the thickest part of the roast. This will kill any bacteria present on the surface of the meat before they can multiply enough to cause foodborne illness.

Au jus has been used in France for centuries, so it’s unlikely to be harmful in any way. However, if you prefer to avoid it then you can simply ask for your steak to be served without it.

Au jus tastes similar to the gravy but without all of the spices and herbs added to make it taste good. It has a very subtle flavor which isn’t noticeable unless you know what it should look like or have tried it before.

4. What are some good cuts of beef for making au jus?

5. Can I use store-bought beef broth in place of homemade beef broth?

Yes, but it will affect the flavor of your au jus. Homemade beef broth is more flavorful than store-bought versions because it uses bones instead of just meat (which is what most commercial broths are made from). Commercial broths also tend to have added preservatives and chemicals that can affect their taste and appearance when cooked at high temperatures for extended periods of time (such as when making a gravy).

We hope the above 16 suggestions will help you to find the perfect substitute for Au Jus, including several ideas which can make a great homemade substitute that tastes amazing.