Tapioca flour is a staple of gluten-free baking. It’s a great way to replace regular flour in cookies, cakes, and bread, but it has some drawbacks.

First, tapioca flour can be hard to find at your local grocery store. Second, it’s often expensive—it can cost more than twice as much as other gluten-free flours like almond meals or brown rice flour! Third, tapioca flour isn’t readily available in all countries, so if you want to bake something that uses tapioca flour and then ship it overseas, there may be shipping restrictions on sending foods containing tapioca flour.

So what should you do if you want to use tapioca flour but don’t want any of these drawbacks? You could try some of these substitutes for tapioca flour.

What is Tapioca flour? 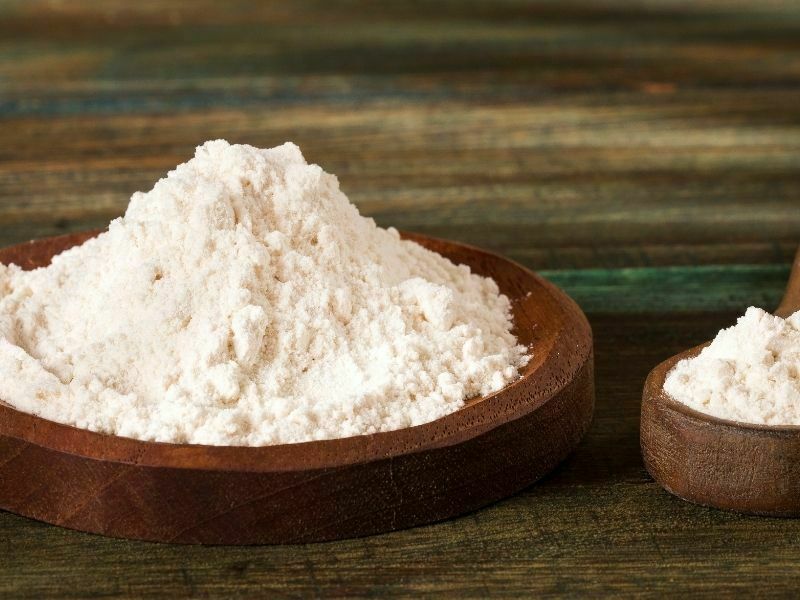 Tapioca flour adds texture and bulk to cakes, cookies, and pastries. It also helps create a crisp crust on pies and pastries. Tapioca flour has no flavor or scent of its own, so it won’t alter the taste or smell of the food you use it in.

Tapioca flour is very absorbent, so it’s important to add some extra liquid when substituting tapioca in a recipe that calls for another type of flour (such as all-purpose). You may need more than one egg when using tapioca flour as well. You could try using an egg substitute as well if you’re concerned about adding too many eggs into your batter or dough.

These two ingredients are essentially the same thing: both are made from cassava starch, which comes from the roots of the cassava plant. The difference is that tapioca flour has been ground into a fine powder whereas tapioca starch retains its granular shape. You can use either one in baking or cooking, but they do affect your recipes differently and have different uses.

Cooking With Tapioca Flour or Starch

Both tapioca flour and starch are used as thickeners in gluten-free cooking. They work well in baked goods like bread, cakes, and cookies because they absorb liquid without adding much taste or nutrition to your recipe. You can also use them to make puddings, custards, or fillings for pies and tarts.

Tapioca flour tends to be a little more refined, which is why you’ll need a little less of it when making certain recipes. Tapioca starch tends to retain its shape, so you’ll use more of it when making your recipes and need to be careful not to overmix your batter or the dough will become sticky.

Agar-agar is a tasteless powder made from seaweed. It’s a good replacement for tapioca flour, but it doesn’t have the same binding properties. It’s a great alternative if you’re allergic to tapioca or just want to avoid it in your diet. Agar-agar makes a chewy texture when cooked at high temperatures.

Pectin is a natural substance found in fruits such as apples and strawberries. When combined with sugar and heat, pectin creates a gel that can thicken jams and jellies. You can use pectin when you want to create a jam or preserve fruit without using sugar or artificial sweeteners. Pectin also helps keep fruit juices from separating into their liquid and solid components when cooked on high heat (e.g., boiling).

Gelatin is made by heating animal bones to extract collagen protein, which is then mixed with water to create a jelly-like substance with many culinary uses — including replacing other thickeners such as flour or cornstarch (to make custards or pie fillings) or vinegar (to make salad dressings).

For a substitute for tapioca flour, try arrowroot. Arrowroot is made from the roots of a tropical plant, and it has many of the same properties as tapioca flour. It can be used to make puddings and pie fillings, but it’s also great for thickening sauces and soups. Arrowroot performs best in cold liquids and needs to be mixed in well before heating up. 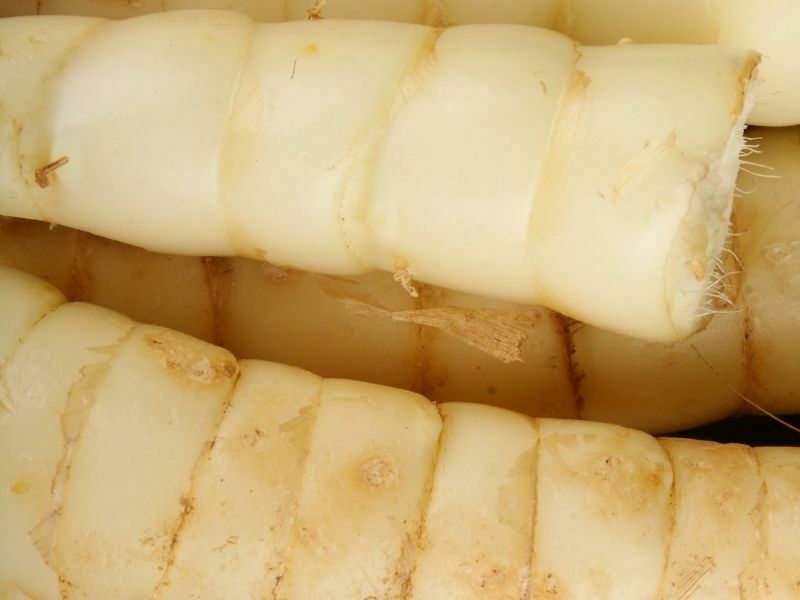 It’s sometimes used as a substitute for tapioca flour, but it doesn’t work in all recipes (especially those with a higher amount of sugar). Arrowroot has no flavor, so it won’t add anything to your dish, but it does add texture.

Another useful substitute for tapioca flour is potato starch. This option is also made from a starch obtained from potatoes, which means it has similar properties to tapioca flour. Like arrowroot, it’s best used when cooking cold foods or making sauces and puddings—not for baking.

Potato starch can be used to thicken sauces, soups, and other foods. It’s often combined with other starches like cornstarch or rice flour to improve the consistency of the food.

Cornstarch is a fine powder made from corn and is used as a thickening agent in many recipes. It is easy to use, but it has a tendency to become lumpy once it sits and needs to be stirred frequently while cooking. The most popular brand of cornstarch available in the United States is Clear Jel® (modified cornstarch), which keeps its thickening power longer than other brands and has no preservatives or additives. 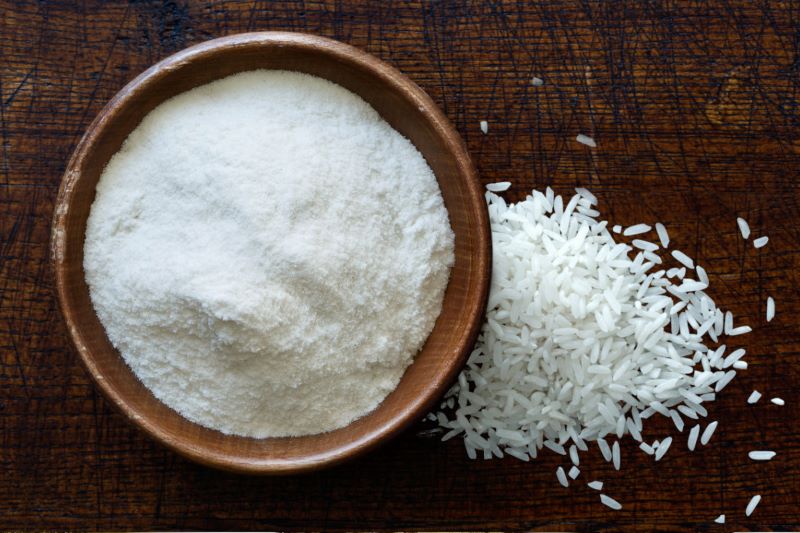 Rice flour is another common alternative to tapioca flour, as it also makes a good substitute for gluten-free baking. It has a mild flavor and can be substituted cup for cup in recipes that call for tapioca flour. It provides some nutrients that tapioca does not have, including vitamin B6, calcium, iron, niacin, and thiamine. However, rice flour should not be used instead of tapioca flour in recipes that require moistness or binding because it releases starch very quickly when cooked and can make baked goods dry or crumbly if used incorrectly.

Cassava flour is an excellent substitute for tapioca flour in recipes that call for a thickener. It’s made from the root of the cassava plant, which is native to South America. It’s naturally gluten-free and has a neutral taste, so it won’t affect the flavor of your recipe.

If you’re looking for a more traditional flour alternative to tapioca flour, all-purpose flour can be substituted 1:1 in recipes that call for it. Some people prefer whole wheat flour because it adds more flavor to baked goods, but it will also increase the number of calories and carbohydrates in your dish.

Tapioca flour is often used as a substitute for cornstarch, potato starch and rice flour in gluten-free baking. It can be used to thicken soups and sauces and as a coating for fried foods. Tapioca flour is also used to make tapioca pearls (also known as boba), which are chewy balls made from the starch of ground cassava root or yucca root.

Instant tapioca pearls are used in bubble teas, juices, and smoothies. They are available in both small and large sizes, but they don’t dissolve as quickly as regular tapioca pearls do.

Tapioca flour is also sold as instant tapioca pearls or boba that are ready to use right out of the package. These instant versions don’t need to be cooked before using them like regular tapioca pearls do, making them more convenient than making your own at home.

Heavy cream is not a substitute for tapioca flour in recipes. However, it can be used in place of water in some recipes. The resulting product is not as smooth or as light as when made with tapioca flour and water, but it adds body and flavor to the finished product. It will also add calories and fat, but these are minimal compared to other flours used in baking.

Collagen is not a substitute for tapioca flour in recipes. However, it can be used in place of water in some recipes to add body and flavor to the finished product. Collagen also adds calories and fat, but these are minimal compared to other flours used in baking.