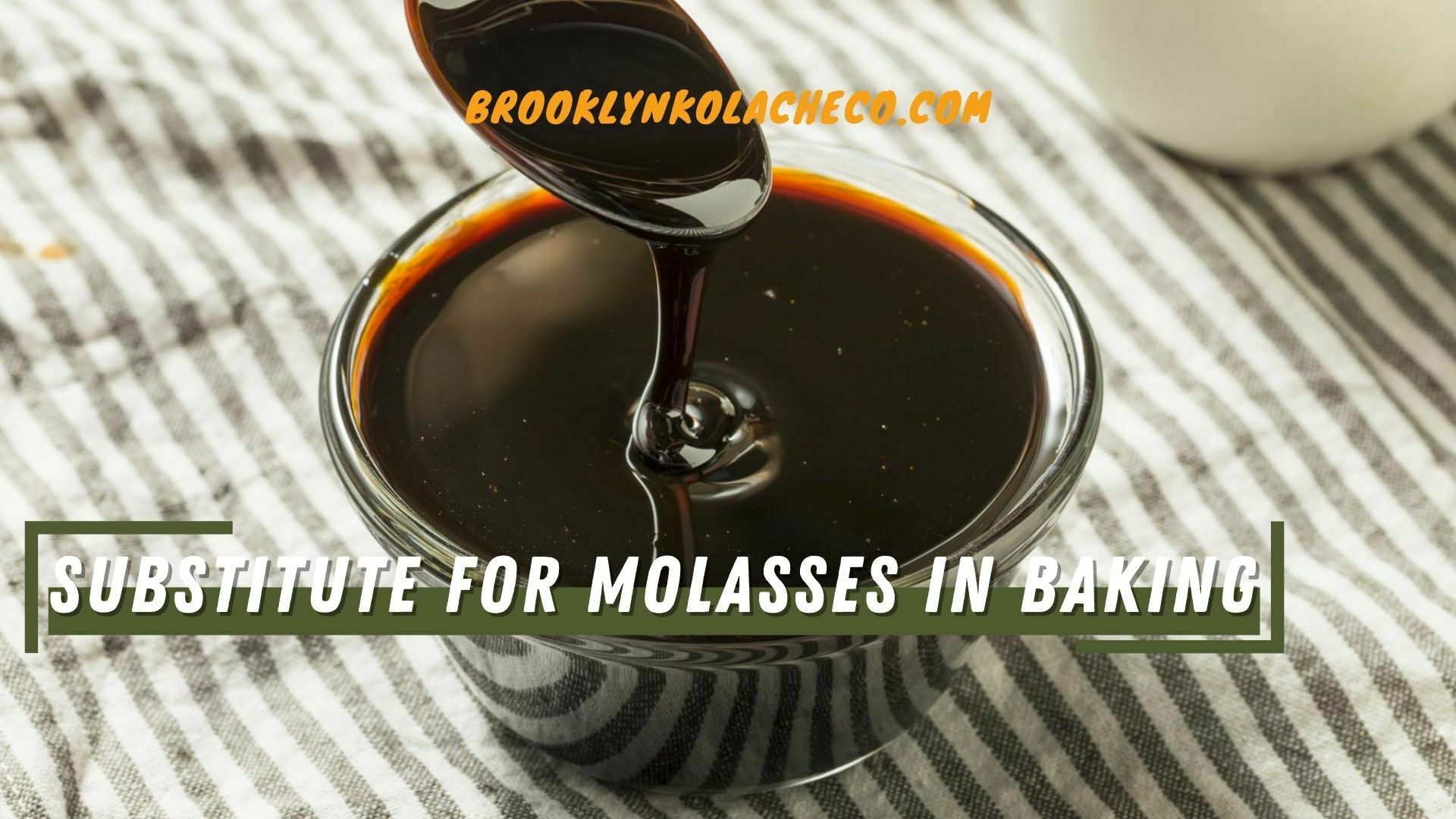 Molasses is a by-product of the process of making refined sugar from sugar cane. This thick, dark syrup will vary in color and flavor based on the type of sugar that it came from. The most common types are made from Sugar Cane or Sugar Beets, however, there are “raw” versions available that are produced directly from the sugar cane juice itself. Darker molasses tend to be more robust in flavour while lighter versions have a milder taste.

Benefits Of Molasses In Baking

Using molasses improves your food’s digestive health with its high dietary fiber content which boosts metabolism. Its iron content boosts the immune system. It is also a good source of magnesium, calcium, and potassium which helps in healthy muscle development and normal cell function.

But, when you buy molasses, you may realize that it is actually pretty expensive. It also has high sugar content and high calorie value for one tablespoon of unsulphered molasses since it contains about 50% sugar and 35 calories. Because of these reasons, if you want to save money or to maintain your weight, you might consider buying another substitute for molasses.

If you are wondering what the best substitute for molasses in baking is, here are some options for you!

7 Best Substitute for Molasses in Baking 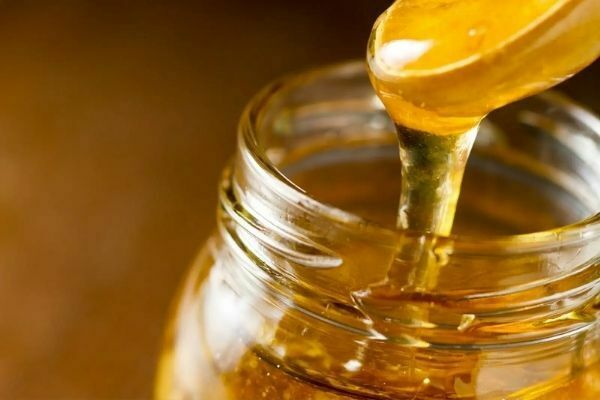 Honey is a sweetener that is made by bees. It is a thick liquid that can be used to replace molasses in recipes. The flavor of honey varies depending on the flowers from which the nectar was collected. Honey is available in several forms, including liquid, creamed, and crystallized.

Honey is sweeter than sugar and has a caramel-like flavor. It also has a higher moisture content than sugar, so it is not as dense. In recipes that call for molasses, honey can be substituted at a ratio of 1 cup honey for every 3/4 cup molasses. However, you may need to adjust the amount of other ingredients in the recipe since honey is more liquid than molasses.

Honey is a good choice for baking because it is a natural product and does not contain any artificial flavors or colors. It is also a good source of antioxidants. Honey is available in most grocery stores. 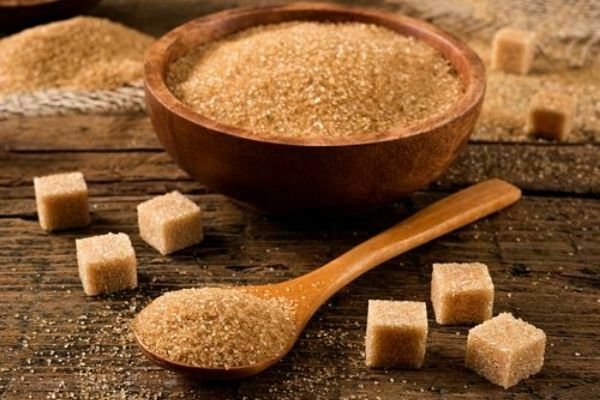 While molasses has a strong flavor that some people love, others find it too intense. If you’re looking for a substitute for molasses in your baking recipes, brown sugar may be a good option. Brown sugar is made by adding molasses to white sugar, so it has some of the same properties as molasses but less intensity. You can use either light or dark brown sugar in place of molasses. Just remember that light brown sugar is less sweet than dark, so you may need to add a bit more if using this substitution.

In addition to providing the same nutrients as molasses, brown sugar also adds its own nutritional benefits. In general it has a lower glycemic index than refined white sugar, which means it doesn’t raise blood glucose levels as much. Some studies have shown that eating foods with a lower glycemic index can help reduce your risk for diabetes and heart disease. It’s still important to limit your intake of any type of sugar, however. 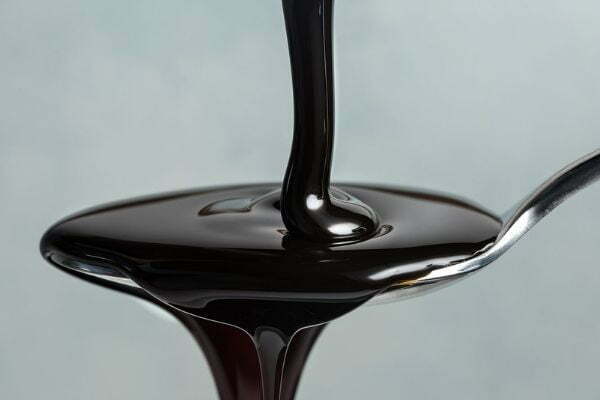 Dark corn syrup is a thick, sweet liquid made from cornstarch and water. It is used as a substitute for molasses in baking because it has a similar flavor and texture. Dark corn syrup is also a good source of dietary fiber. It can be used to make cookies, cakes, and other baked goods.

When substituting dark corn syrup for molasses in baking recipes, use the same amount called for in the recipe. Do not increase or decrease the amount, as this could affect the outcome of the recipe. Dark corn syrup is a dense ingredient, so if too much is used, the end product may be overly sweet or gooey. Experiment with different recipes to find the perfect balance for your taste buds. Happy baking! 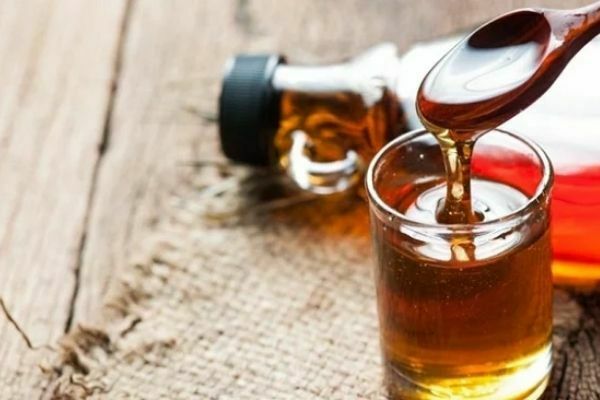 Maple syrup is a natural sweetener made from the sap of maple trees. It has a strong, distinctive flavor that can be used as a substitute for molasses in baking. Maple syrup is also sweeter than molasses, so you may need to use less of it. Be sure to read the recipe carefully to make sure the substitution works correctly.

If you are watching your sugar intake, maple syrup may be a better substitute for molasses in baking. Maple syrup is lower in sugar than molasses and therefore has fewer calories. It is also less likely to cause tooth decay.

You can store maple syrup at room temperature until the expiration date. If you refrigerate it before that time, however, it will last longer—up to one year.

The main difference between these two ingredients is the level of sweetness they contain and how much liquid each provides when used in baking recipes. Molasses contains iron, calcium, magnesium, potassium and copper whereas maple syrup contains manganese along with vitamins B1 & B6 but are both good sweeteners for use baking 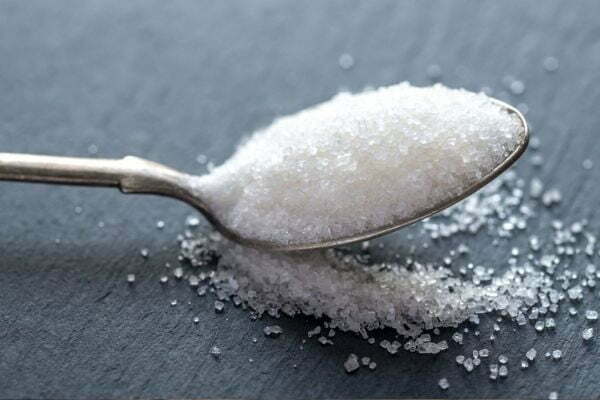 Molasses is commonly used in breads such as gingerbread or pumpkin bread because of its dark color and sweet flavor that imparts moistness into baked desserts. Granulated white sugar is a good substitute for molasses in recipes that do not require such a strong flavor, such as vanilla or chocolate cake. In baked goods where both molasses and granulated white sugar are called for, it might be best to use two-thirds of the amount of white sugar listed in the recipe and then add an extra teaspoon of baking powder to make up for lost leavening power.

When substituting granulated white sugar for molasses in a recipe, it is important to keep in mind that the volume of sugar will be greater than the volume of molasses because granulated sugar is less dense. Be sure to measure the ingredients by weight when trying to replicate recipe for which you do not have the original measurements.

For a recipe calling for 1 cup of molasses, start by substituting granulated white sugar for two-thirds of the amount called for in the recipe. For example, if the original recipe called for 2 cups of molasses, substitute 1 cup and add an additional teaspoon of baking powder. When using granulated white sugar as a swap in recipes that do not require the strong flavor or dark color that is present when using molasses, use all of the white sugar listed in your recipe to ensure that your baked goods retain their intended taste and texture. 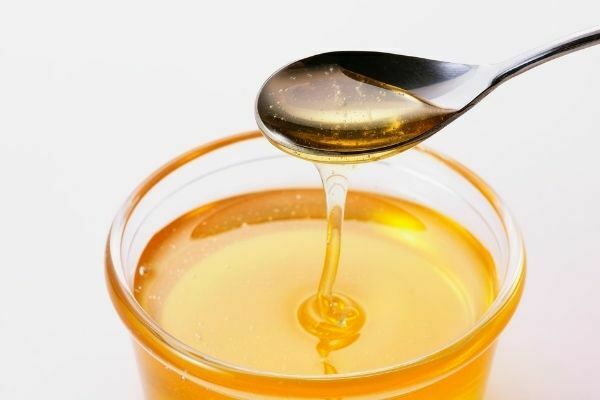 So what do you do if you want to bake but don’t have any molasses on hand? You can substitute brown rice syrup for molasses without any problems! Brown rice syrup has a similar consistency to molasses and a similar taste. Some people even think it’s better! In baked goods, brown rice syrup gives the same moist texture that molasses would normally add to your recipe.

People with diabetes or high blood sugar should limit their consumption of molasses due to its very high sugar content. However, when used sparingly in moderation, brown rice syrup can be a healthy alternative sweetener for diabetics and non-diabetics alike. Brown rice syrup also has a lower glycemic index than white sugar, meaning it won’t cause as big of spikes in your blood sugar levels after consumption. It is also rich in magnesium, potassium and fiber which are all essential nutrients lacking in many Americans’ diets today. 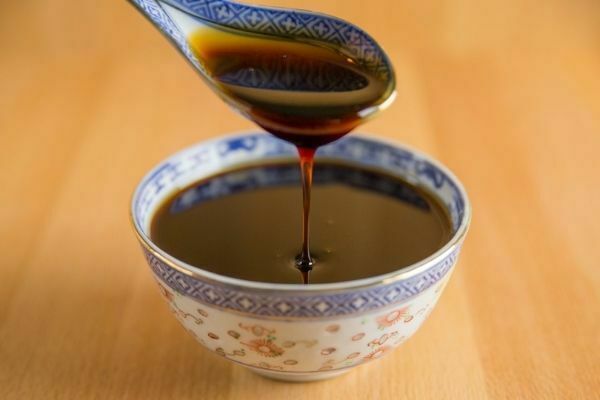 Sorghum syrup is a sugar substitute derived from the stalks of the sorghum plant. It has a rich, molasses-like flavor that can be used in many recipes which call for that ingredient. Sorghum syrup is high in nutritive value, containing calcium, potassium, magnesium and iron. Its fiber content makes it beneficial to the digestive system as well. The sweetener is also made up of several vitamins including B1 and B2. As an added bonus, baking with sorghum syrup doesn’t cause caramelization during cooking so baked foods will not have a burnt or bitter taste.

How to Make A Molasses Substitute

All of the substitutes for molasses mentioned in this article are great choices for those who need to avoid or reduce their intake of sugar. Each one has its own unique benefits, making them good substitutes for other sweeteners as well. Whether you are looking for a healthy alternative to white sugar or simply don’t have any molasses on hand, one of these substitutes is sure to work well in your recipe! 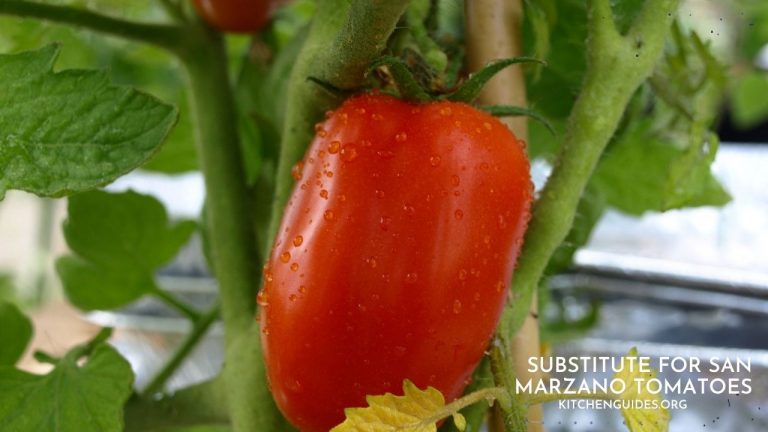 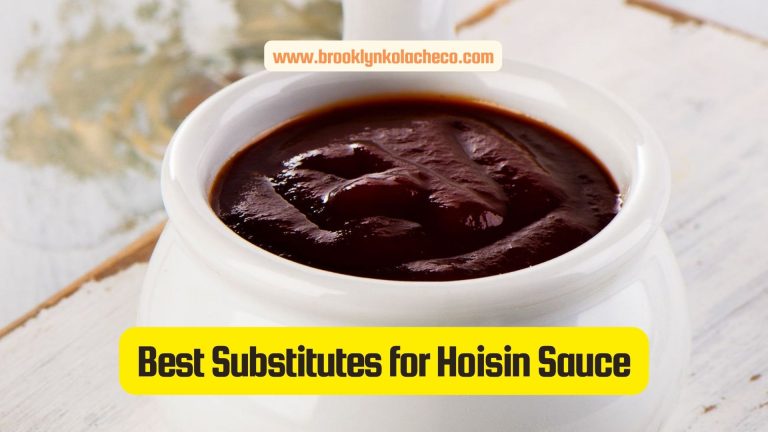 Hoisin Sauce is a condiment that can be found in Asian grocery stores and traditional supermarket chains. It’s made from several different ingredients, such as…

What to serve with eggs benedict? I love this question because it’s something we can just ask Google. Right? Well no you can’t because it… 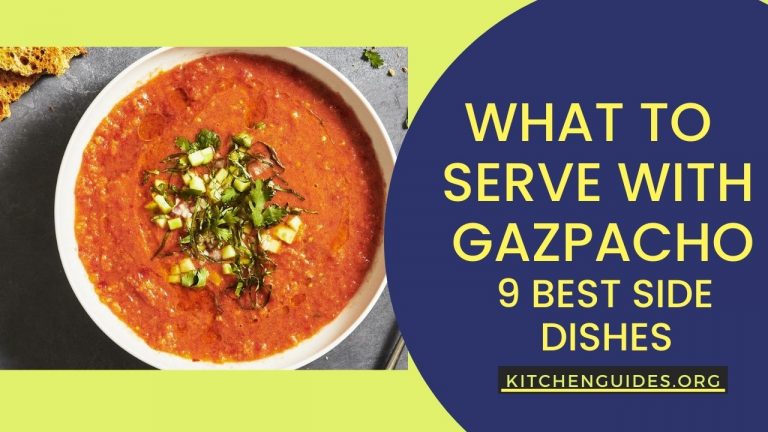 You’ve probably had gazpacho before, but if you haven’t, this is the perfect dish to introduce you! Gazpacho is one of the easiest and spiciest… 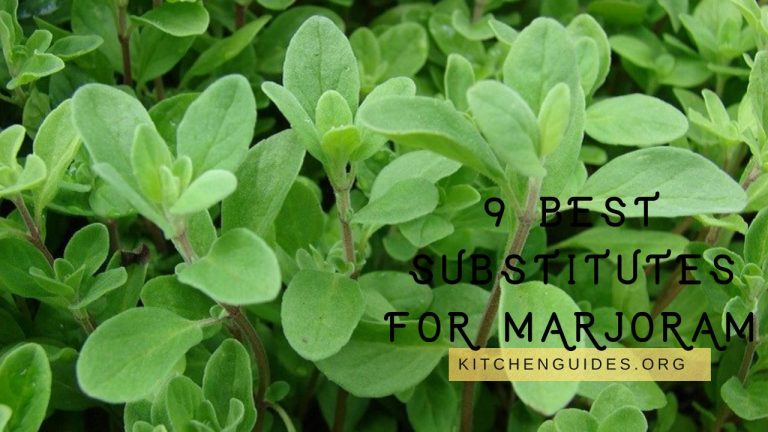 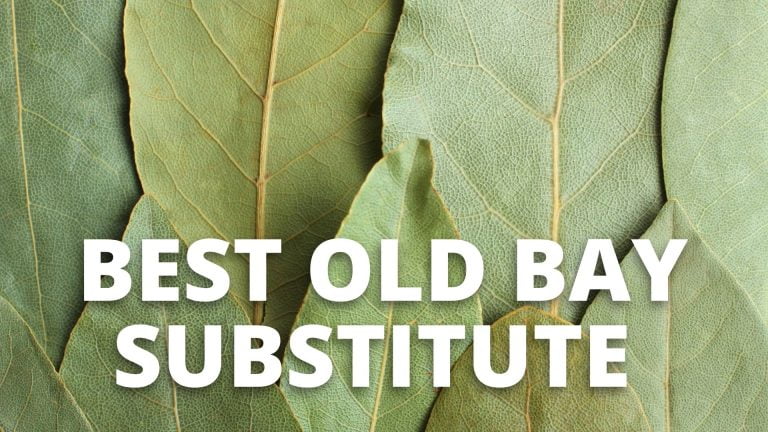 The bay leaf is an aromatic and flavorful herb that has been used for thousands of years. Its leaves are often used to flavor soups,…