Fennel seeds are a popular addition to many cuisines. Their licorice-like flavor is often used to add depth to dishes, and they can also be ground up and used as a thickener or thickening agent in soups and sauces. Fennel seeds are best when freshly ground, but if you do not have the time or equipment to grind your own fennel seeds, you may be wondering what you can substitute for them.

The most common substitute for fennel seeds is anise seed, which has a similar flavor profile but with slightly more of a licorice taste. But Fennel seeds can also substitute for Cumin, Licorice root, and Caraway seeds,… We will discuss them in the article.

What Are Fennel Seeds?

Fennel seeds are the dried seeds of a plant called fennel, which is in the same family as dill, carrots, and celery. The seeds have a sweet licorice flavor and can be used to flavor both sweet and savory dishes. They’re most commonly used to add flavor to fish dishes, soups, stews, vegetables, bread, and pastries. You can also use fennel seeds to make a tea that is said to help relieve coughs and colds.

They have been used for many centuries for medicinal purposes around the world. In India, fennel seeds are used as Ayurvedic medicine to treat digestive problems, fever, indigestion, and other ailments. In China, fennel seeds are considered good luck charms that can help with longevity and health. The Romans thought that fennel could cure coughs and colds while ancient Greeks believed that it would relieve toothache pain when chewed on before going to sleep at night.

Anise (Pimpinella anisum) is a flowering plant in the family of Apiaceae native to the eastern Mediterranean region and Southwest Asia. Its flavor has similarities with fennel and caraway but is more similar to a combination of star anise, licorice, and black cumin. The seeds are used both whole and ground as a spice in many European cuisines, particularly those of the former Ottoman Empire. They are also used in some Asian cuisines, especially Indian cuisine; they are known as saunf or sometimes just fennel seed which is not always related to plants called fennel. Anise is also the primary flavourant in licorice candy, aniseed liqueur and pastis (an aniseed-flavoured apéritif). 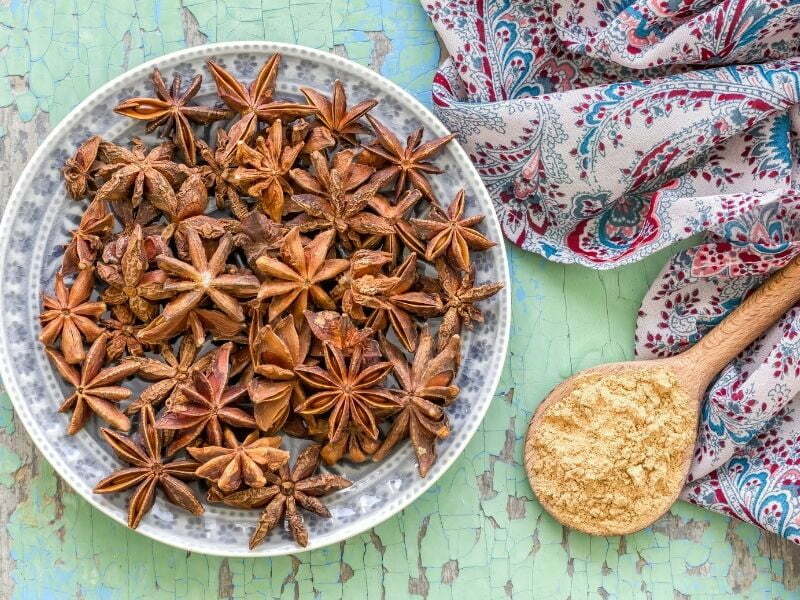 Cumin (Cuminum cyminum) is a flowering plant in the family of Apiaceae. Cumin seeds have been used since ancient times as a culinary spice and medicinal herb. They have a distinctly earthy taste with a very strong aroma similar to oregano. It has been said that cumin was first cultivated in southern Mesopotamia (modern-day Iraq), where it was grown as early as 3000 BCE. By the tenth century CE, it was being grown in southern and western Europe as well. The cumin plant grows to 30–50 cm tall and is harvested by hand. It is an annual herbaceous plant, with a slender, glabrous stem that branches into two to four vertical branches. Each branch has two to three sub-branches. All the branches attain the same height, giving the plant a uniform canopy.

Caraway seeds are similar in taste to fennel seeds, but they’re smaller and more rounded on top. They also have a more pronounced anise flavor than fennel does, so they work well in sweet dishes like cookies or cakes.

Celery has a similar taste and texture as fennel seeds when it’s cooked. The leaves from the celery plant can also be used as an herb in salads or soups. Chop them up before cooking them or add them to dishes at the end of cooking time.

Parsley is another leafy herb that has a similar taste to fennel seeds — but don’t overdo it! Too much parsley will give your dish an unpleasant flavor and turn the color green. Use parsley sparingly when preparing dishes like fish or potatoes, or use fresh or dried parsley instead of fennel seeds when making bread, cookies, or cakes.

Onion powder is made from dehydrated onions, which gives it a very similar flavor profile to fennel seeds. If you want your dish to be more savory than sweet, onion powder will work well in place of fennel seeds. It can also be used in combination with other spices, such as paprika or cumin, to make rubs for meats and poultry.

Artichoke powder is made from freeze-dried artichoke hearts, which gives it a strong artichoke flavor that’s similar to fennel seeds. It’s frequently used as an alternative for celery salt as well as a seasoning for seafood dishes like seafood gumbo or shrimp scampi. You can also use artichoke powder in place of celery salt when making homemade chicken broth or vegetable stock.

Dill is a great alternative to fennel seeds. It has a similar taste and aroma, so it’s a great option for those who want to avoid aniseed. Dill seeds are used in pickling and other culinary applications. You can also use dill leaves fresh or dried in your recipes. 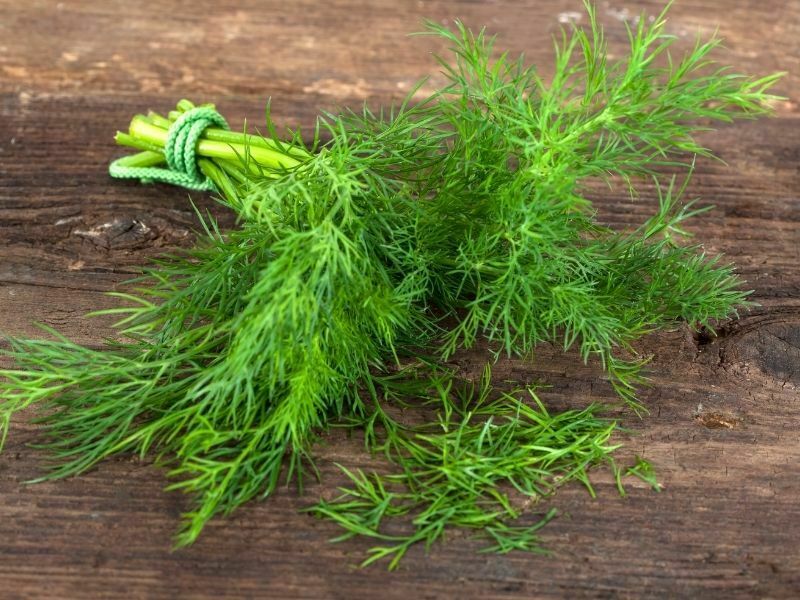 Dill has a very similar taste to fennel seeds but is more aromatic. The herb is mostly used as a garnish on top of salads, fish, or other seafood dishes. Dill works well with potatoes, carrots, eggs, and cheese dishes. If you don’t have dill on hand but are looking to add flavor to your meal, try sprinkling some dried dill weed over the top of your dish instead of using fresh dill sprigs.

If you don’t have fennel seeds on hand but need to add some flavor to your dish, leeks can be used as a substitute. Leeks have a milder flavor than fennel seeds and are often used in soups and stews due to their ability to absorb liquid and expand during cooking time.

Leeks have a milder flavor than fennel seeds, but they still share some similarities. Leeks are part of the same family as onions and garlic, so they do have some sulfuric compounds that make them smell like onions when they are cooked or roasted over high heat. If you want to add leeks instead of fennel seeds to your recipe, use half of what is called for because leeks have less flavor than fennel seeds do

Bok choy is a leafy green vegetable with a mild flavor that has many uses in Chinese cuisine. The leaves of bok choy can be used to substitute for fennel seeds in certain recipes, particularly those that call for a licorice-like flavor. Bok choy is available year-round and can be found in most supermarkets.

Bok choy has small white stems and green leaves. It has a mild flavor and crunchy texture, which is why it is a popular alternative to fennel seeds. The leaves can be used in stir-fries or salads, while the stems can be steamed or added to soups.

Absinthe is an herbal liqueur made from distilled herbs, most notably wormwood (Artemisia absinthium). This herb contains thujone, which has been linked to neurotoxicity in animals, but there is no evidence of this effect in humans at normal doses of the drink. The active ingredient thujone was banned from absinthe in France in 1915 due to its psychoactive effects, which led many people to believe that absinthe was hallucinogenic; however, these effects were likely caused by the high alcohol content of the drink rather than any psychoactive ingredients. While there are many types of absinthes available today — some containing thujone and some not — they are all produced using similar methods as their historical counterparts: distilling alcohol with herbs and flowers until it reaches approximately 70% alcohol by volume (ABV).

Fennel seeds are a spice that has been used for centuries and can be found in a variety of dishes, from Indian curries to Mexican mole. But if you’re looking for a substitute that’s also kosher and halal, you may have trouble finding one.

The best way to substitute for fennel seeds is to use celery seeds or dillweed instead. Celery seeds will give your dish a similar taste and aroma, while dillweed will add a different flavor profile altogether.