The Difference Between Ricotta Cheese And Cottage Cheese

When you think of the battle between ricotta and cottage cheese, it can be so difficult to choose one over the other. Both are staples in a good chunk of Italian dishes. It is with great pleasure that I bring you my comparison between ricotta and cottage cheese. As we all know, both contain protein and calcium but what else makes them different? Which is better for your dish? Which tastes better? Which is healthier for you? Let’s break down some main differences. 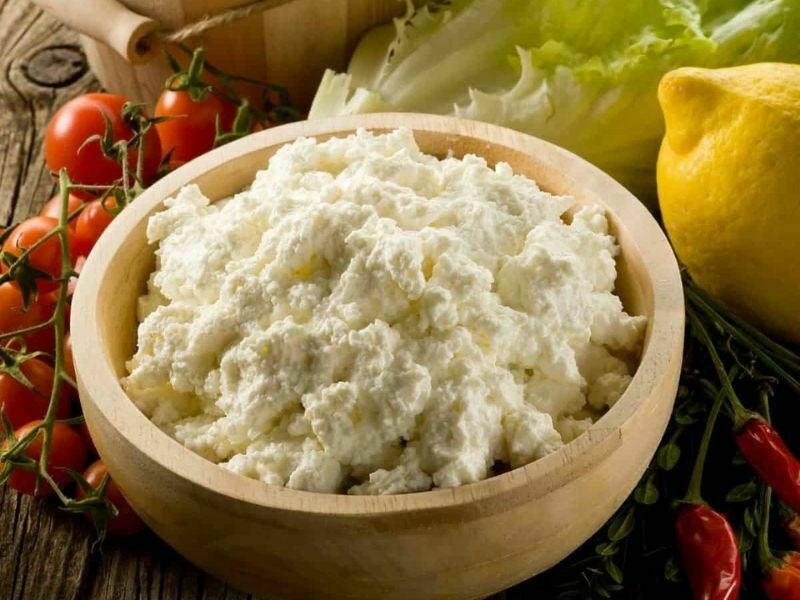 Ricotta is an Italian whey cheese made from sheep, cow, goat or Italian water buffalo milk whey leftover from the production of other cheeses. Like other whey cheeses, it is made by coagulating the proteins that remain after the casein has been used to make cheese, notably casein itself, but also lactalbumin and globulin. 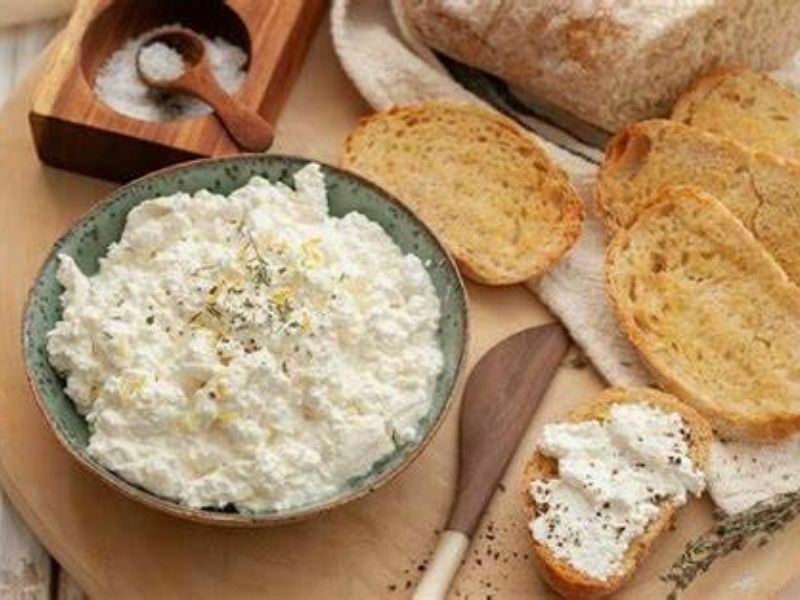 Cottage cheese is a fresh cheese curd product with a mild flavor. Curds are drained, but not pressed, so some whey remains and the individual curds remain loose. The curd size is larger than the traditional farmer cheese. It is made by adding rennet and bacteria to milk which separates it into solid curds and liquid whey. Cottage cheese is usually served plain or with fruit on top, though it may also be used as an ingredient in recipes such as lasagna.

Yes, but it’s more like cream cheese. It has the same tangy flavor and curd-like texture but with a much thicker consistency.

This makes sense because sour cream is made from milk and milk protein, which is similar to cheese.

Similarities Between Cottage Cheese And Ricotta

Cottage cheese and ricotta are two dairy products that are often used in recipes and in a similar manner. They are similar in appearance and flavor and can be substituted for one another in certain recipes.

Both cottage cheese and ricotta are soft cheeses similar to cream cheese. Both have a mild flavor but differ from cream cheese in that they are not spreadable.

Cottage cheese is made by curdling milk with an acid or enzyme, then draining it through a strainer to remove the liquid portion known as whey. The remaining curds are rinsed, salted, and packaged as cottage cheese. Ricotta is made with the whey left over after making other cheeses. The whey is heated until it forms curds, which can be removed from the liquid and eaten as ricotta.

What Is The Difference Between Ricotta Cheese And Cottage Cheese?

Ricotta and cottage cheese are both kinds of cheese that are made by curdling milk. They have a similar appearance and can easily be confused if you’re not sure what to look for. However, they’re different in many ways — most importantly in their preparation, flavor, texture.

Ricotta cheese is made using whey that is leftover from other cheeses. It’s made separately from the other cheese, which means it can be added to meals with other cheeses. It has a heavy texture and is an important part of many Italian dishes like lasagne. In fact, its name comes from the word “recooked” because it is made from leftover curds that were cooked once already when the other cheese was made.

Cottage cheese is also made from leftover curds, but unlike ricotta, it doesn’t use whey. It also doesn’t need to be cooked separately. The curds are removed from the milk and allowed to drain before being mixed with cream or milk. This gives cottage cheese a texture similar to ricotta but without the heaviness.

Ricotta is much milder in flavor than cottage cheese. Cottage cheese has a very sharp, tangy flavor. It’s quite salty, and often has traces of lemon flavor due to the fermentation process that happens during production.

Ricotta cheese provides the same amount of protein like cottage cheese but contains more calories and fat. Both ricotta and cottage cheese are high in calcium, low in sodium, and provide several essential nutrients. If you’re trying to reduce calories without sacrificing nutrition, choose a low-fat variety of cottage cheese over regular ricotta.

Which Is Healthier Cottage Or Ricotta Cheese?

When considering two different types of food, it’s usually best to compare the nutrition information for both and make a decision about which one is healthier based on your needs. If you’re looking for lower calories or fat, you might find that ricotta cheese is the better choice. But if you need more protein, cottage cheese can be a smarter option.

Can I Make Ricotta From Cottage Cheese?

I am sure you can. Ricotta is basically a dry curd cheese that is made from the whey of other cheeses. It is made from whey and gets its name from the Italian “ricotta” which means “re-cook”.

Ricotta Vs Cottage Cheese – Which One Should You Choose?

Creamy, fresh and delicious, ricotta and cottage cheese are two of the most popular dairy products. Both are used in a variety of sweet and savory dishes and can be eaten on their own or as an ingredient in your favorite recipes.

These two kinds of cheese might look similar and have a similar texture, but there are some important differences between them. Which one you should choose depends on your taste preferences and what you’re planning to use it for.

Ricotta is used in sweet desserts like cannoli while cottage cheese is usually served as a side salad or as part of the main dish like lasagna.

I hope I have been able to clearly narrate how and why ricotta cheese is so similar to cottage cheese. This will allow you to inform others of the facts, and help them see that the choice is not between ricotta and cottage cheese  but rather that there are other options out there. Whether a person chooses one variety or another ultimately depends on which product best suits their preferences. Perhaps if more people knew about the similarities and interchangeable nature of these products, then sales would increase and cottage cheese would regain its place as the number one fresh cheese in America.

Previous ArticleWhat Is A Trivet And When Should I Use One?
Next Article Does Coconut Oil Go Bad? Tips to Store Coconut Oil