Microwave Vs. Toaster Oven: Which is Better for You?

A toaster oven or a microwave oven? Most people have their preferences when it comes to cooking but is one better than the other? Both appliances have upsides and downsides, the real question for you is knowing which better fits your intended use.

What Is A Microwave? 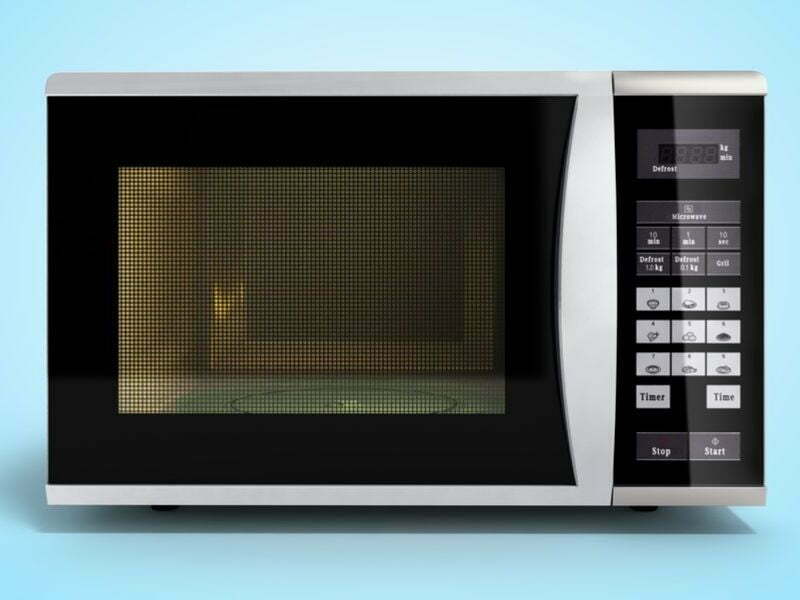 Microwave ovens heat food by bombarding it with electromagnetic radiation in the microwave frequency range. This excites polar molecules in the food, such as water, in a process known as dielectric heating. Microwave frequencies are chosen to match typical molecular resonances of water and fats (major components of most foods) so that many of the absorbed waves will be efficiently converted into heat.

Microwaves are used in radar, in communications, and for heating in microwave ovens and in various industrial processes.

How To Use Microwave

Microwaves are fast, easy to use and can help you create delicious meals in minutes. The microwave has become a permanent fixture in many kitchens around the world, but despite this, not everyone knows how to use the microwave. Follow these simple steps to get started:

What Is A Toaster Oven? 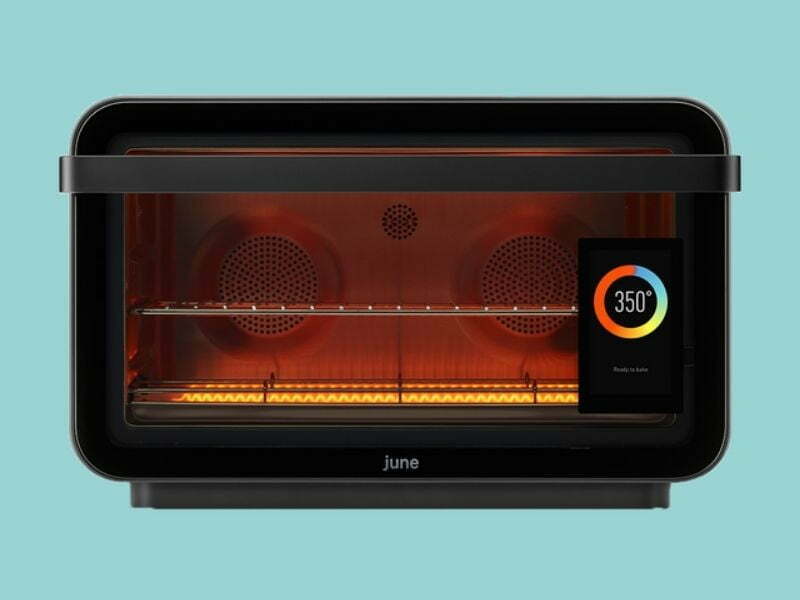 A toaster oven is a small electric appliance used for the purpose of cooking food at high temperatures. It is a kitchen appliance that is designed to mimic the effects of a conventional oven.

Toaster ovens are available in a variety of sizes and styles, with some being built into kitchen cabinetry or freestanding countertop units. They are used for cooking foods such as pizza and toast, as well as for preparing other foods such as chicken wings, French fries and hamburgers.

How To Use A Toaster Oven

Toaster ovens are useful, multipurpose kitchen appliances. They allow you to toast bread, bake, broil and warm food. To use a toaster oven, follow these easy steps.

What’s The Difference Between Microwave And Toaster Oven?

Microwave ovens and toaster ovens are two of the most common devices available in most kitchens. However, they are not the same. Microwaves are used for heating pre-cooked food items, while toasters can cook raw as well as pre-cooked food items. The following article will highlight the differences between these two kitchen appliances in detail.

1. Differences in A Glance

A microwave oven is a type of electrical appliance used in the kitchen; it is used to heat up food. The way it works is by creating heat through the use of radio waves. These waves are generated through the use of a magnetron, which makes sure that the heat created is consistent and even. A thermostat inside the microwave oven ensures that the temperature remains constant, thus producing evenly cooked food every time.

A toaster oven is a small version of your regular oven. It uses electricity as its main source of power, with the heating elements being placed at the top and bottom part of the appliance. Just like regular ovens, it can be used to bake cakes, cookies, pies, and other baked goods. However, it is not as versatile as a microwave oven when it comes to heating other types of food such as soups or stews.

In a microwave, the cooking process is not initiated by heat. Instead, the molecules of water in the food are excited with radio waves. When the water molecules move rapidly enough to cause friction that heats up the food. The radio waves from the microwave can only travel a very short distance and cannot penetrate through metal. So a metal screen inside the microwave keeps most of these waves bouncing around inside it and off your food. This is called reflection. You may have noticed that if you stand too close to a microwave when it’s on, you can feel a tingling sensation in your body similar to that of being exposed to static electricity. That’s because some of the radio waves from the microwave are actually coming through the door and hitting you!

The oven in a toaster oven works similarly to an ordinary oven, but on a smaller scale. The heating element in an electric oven is usually at the top and bottom, but in a toaster oven it’s either on top or at the bottom. Most toaster ovens have convection heating, where fans circulate hot air around food to cook it more quickly and evenly than in a regular oven.

The microwave oven cooks food using microwave radiation. This radiation is absorbed by water, fats, and sugars, causing them to vibrate which generates heat in a process known as dielectric heating. Microwave ovens heat foods quickly and efficiently because excitation is fairly uniform in the outer 25-38 mm (1-1.5 inches) of a homogeneous, high water content food item; other foods may have hot and cold spots because of uneven distribution of microwaves.

The cooking time in a microwave oven is little affected by the amount or volume of food being cooked. A large roast will take longer to cook but not significantly more; however, the cooking time will increase if it is not arranged to expose its outer surface evenly. Multiple food items placed in a microwave oven at the same time must be carefully arranged so they are spaced evenly and exposed evenly to the microwaves to ensure even cooking.

Microwave ovens are generally more energy efficient than toaster ovens, but it depends on the use. If you are cooking a small quantity of food that fits in a microwave, then the microwave will use less energy. If you are cooking a large quantity of food that requires the use of a toaster oven, then it will be more energy efficient. Microwaves heat up food very quickly by using high-frequency radio waves to move water molecules around rapidly. This is why microwaves don’t always heat up foods evenly — some parts of the food may be hotter than others because there is more water present in those areas.

Toaster ovens work with infrared radiation, which is slower to cook things but heats up more evenly than microwaves do. For this reason, toaster ovens can be used for baking breads or other baked goods that require even temperatures throughout for optimal results. However, if you just want something quick and easy (like a small frozen pizza) then using your microwave would be faster and more efficient than preheating your toaster oven.

So depending on what you need to cook, both appliances have their benefits!

Microwave ovens are a must-have kitchen appliance in today’s fast-paced environment. They have helped to save time and money in households across the world.

Microwave ovens have a wide variety of uses and can cook, reheat, and even defrost food. The amount of time needed to heat up food depends on the amount and type of food being used. Microwaves work by using electromagnetic radiation at a frequency that can be absorbed by water molecules in food. This radiation heats up the water molecules, which heat up the rest of the food. Microwave ovens are typically installed over the range or countertop.

Toaster ovens are used for heating, toasting or baking small amounts of food. These ovens are generally used for cooking smaller items because they take less time to preheat than regular ovens. Toaster ovens are small enough to be installed on a countertop or tabletop and come with a baking tray or rack where you put your food item(s) to be cooked or heated.

A microwave requires less countertop space than a toaster oven.

Microwaves are cheap, but they have few uses. Toaster ovens are expensive, but they’re extremely versatile.

Microwaves are usually cheaper, though you can get a basic toaster oven for around $30 or so. Microwaves range from about $50 to over $100 for fancier models.

Toaster ovens are large and take up counter space, whereas microwaves can be conveniently mounted under the cabinet. If you have a small kitchen or limited counterspace, this may be a deal breaker for you.

If you want to cook something that’s not specifically designed for a microwave (or if you just don’t feel comfortable with microwaving your food), then a toaster oven is more versatile than a microwave because it uses heat to cook food.

A microwave uses radiation to cook food, it doesn’t heat it like an oven at all.

Toaster ovens are preferable over both microwaves and conventional electric ovens when cooking large meals, because they use infrared radiation instead of convection heating, which means less energy is lost through ventilation.

Microwaves use high-power, short-length electromagnetic waves that cause water molecules in food to vibrate and heat up. Since electromagnetic waves can’t penetrate metal, microwaves are contained within the metal walls of the oven (hence the metal mesh on the door). The vibrations of water particles in food cause friction, which heats up the food. This is why microwave ovens are often used for heating water or defrosting frozen foods.

Toaster Ovens use infrared light waves – which are like very long microwaves – to heat up food. Toaster ovens typically use a filament that heats up when electricity is passed through it. When it reaches a certain temperature (about 300–400°F), it will emit infrared light in all directions. This light will then be absorbed by anything nearby, including your food, and raise its temperature.

Microwave ovens may be safer than toaster ovens, as they heat food quicker and emit less radiation.

Microwave ovens are best for cooking small portions of food at a time, according to the U.S. Department of Energy. Since microwave ovens do not heat up the surrounding air, they can produce uneven results if you attempt to cook too much food at once.

Toaster ovens are great for cooking larger amounts of food at once, especially foods that require a browned outside and a moist inside, such as meats and casseroles. These ovens also tend to be more energy-efficient than conventional ovens when cooking smaller amounts of food.

Is it a Toaster Oven or Microwave? While these two products may be the best substitutes in kitchens around the world, they are different in their own way. While they both perform similar tasks, there are differences that can help you choose one over the other.

Previous ArticleDoes A Toaster Oven Have The Ability To Replace A Microwave?
Next Article Buttermilk vs Heavy Cream: What’s The Difference?