Marinara Sauce Vs Pizza Sauce – Which Wins? We may just have to agree to disagree on this one. I think pizza should be covered in Marinara sauce but I know there are a lot of you out there who say it should be covered in Pizza sauce. Both are delicious and can be used for much more than pizza…

Contents show
What Is Marinara Sauce?
What Is Pizza Sauce?
An Analysis of Marinara Vs Pizza Sauce
1. Ingredients
2. Consistency
3. Flavors
4. Cooking process
How To Use Pizza Sauce and Marinara In Various Ways
Which One for Pasta?
Which is Better for Pizza?
Which One for Pasta?
Which Sauce Is Right For You?
Appetizers And Side Dishes
Which One Canned?
How To Make Pizza Sauce And Marinara
Pizza Sauce Recipe
Marinara Sauce Recipe
FAQs
1. Is Pizza Sauce the Same as Marinara?
2. Is it okay to freeze pizza sauce?
3. What’s the best way to store pizza sauce?
4. Why does my marinara taste like ketchup?
5. Are there any health benefits to eating marinara sauce?
In Conclusion

What Is Marinara Sauce? 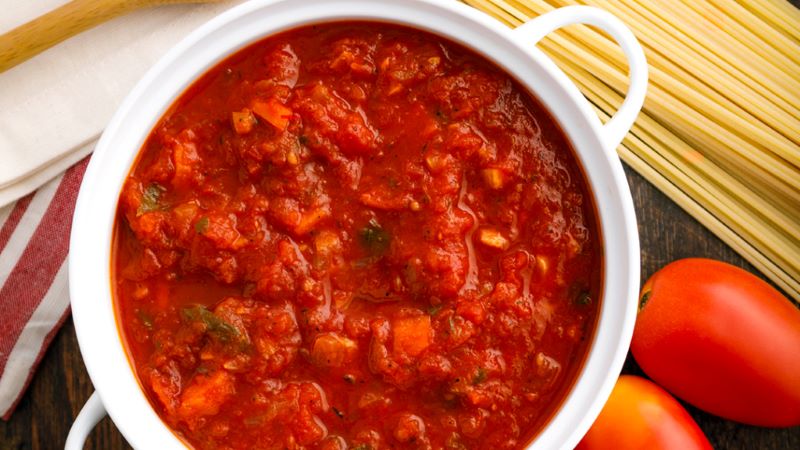 Marinara sauce is a tomato-based sauce that originated in Italy. It’s often used as a base for pasta dishes, but can also be used as a spread on sandwiches or bruschetta.

Marinara is one of the simplest sauces to make, requiring only tomatoes, garlic, salt, and sometimes herbs (such as parsley). It can be served warm or at room temperature.

In Italian cuisine, marinara sauce refers to a simple tomato-based sauce typically made with olive oil, garlic, and onions. This type of sauce is similar to Italian salsa verde (green sauce), which sometimes contains anchovies.

What Is Pizza Sauce? 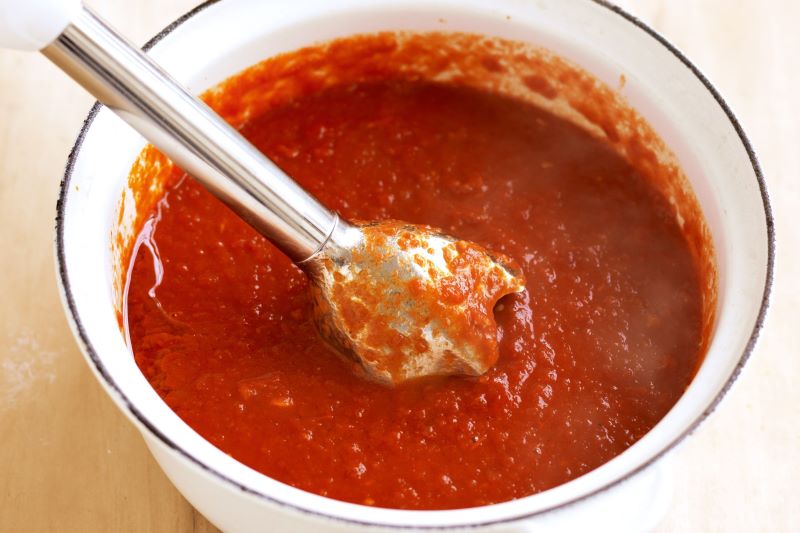 Pizza sauce is the second most important ingredient in any pizza. The first is the crust, and it’s followed by cheese. But even though it’s not as important as those two ingredients, pizza sauce is still an essential part of any pie.

The main purpose of pizza sauce is to add flavor to your pizza. It also helps enhance the taste of other ingredients like vegetables and meats so they can shine through more clearly on your pizza.

An Analysis of Marinara Vs Pizza Sauce 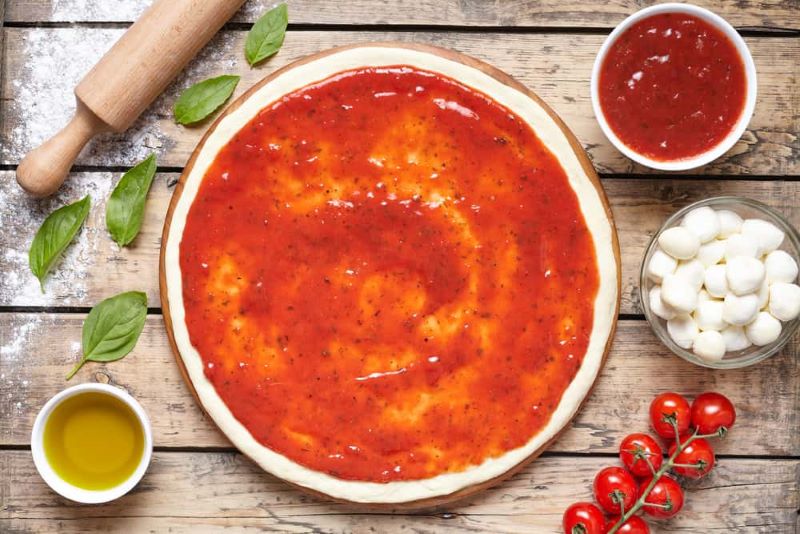 Pizza is a popular food that can be eaten for any meal of the day. The combination of cheese, tomato sauce, and dough make it one of the most popular dishes in the world. Pizza can be eaten as a snack or even as a complete meal.

The main ingredients in pizza are cheese, tomato sauce, and dough. The type of sauce used in this famous Italian dish varies from region to region. There are two main types of sauces used in pizzas: Marinara and Pizza Sauce.

Marinara Sauce: Marinara sauce contains only tomatoes, garlic, onions, and olive oil. There are no additional ingredients or additives in this type of sauce.

Pizza Sauce: Pizza sauce contains tomatoes as well as other ingredients such as onions, garlic, oregano, and basil. Some pizza sauces also contain meat such as sausage or pepperoni in them.

Marinara sauce: a simple red sauce made from tomatoes, garlic, and onions. It has few other ingredients and some cooks use canned tomatoes or passata to make it. Marinara sauce is thick enough to coat and cling to the pasta but thin enough to soak it. It is also mildly seasoned with salt, pepper, and sometimes herbs like oregano or basil. Marinara sauce can be served over spaghetti or baked potatoes as well as on pizzas.

Pizza sauce: it the similar to the marinara sauce but has more ingredients than marinara sauce does. It usually contains tomato paste or crushed tomatoes as well as garlic, oregano, and other spices such as basil or parsley. Some recipes call for sugar to balance out the acidity in tomatoes while others add salt instead of sugar because tomatoes are already high in sodium.

Marinara Sauce: Marinara is made from crushed tomatoes, garlic, and herbs. It can be used as a dipping sauce or base for lasagna or spaghetti. Marinara doesn’t have the same sweetness or depth of flavor as pizza sauce, but it does offer more flavor options.

Pizza Sauce: Pizza sauce is tomato-based with oregano, basil, and garlic added to it. This type of sauce is sweeter than marinara and usually contains sugar. It also has more depth of flavor than marinara because it’s cooked longer than marinara would be when used plain in recipes such as lasagna or spaghetti sauce

Marinara Sauce: Marinara sauce is cooked longer than pizza sauce and has more ingredients. It often includes pasta shells, which are added at the end of the cooking process to soak up extra moisture. Other ingredients may include onion, garlic, and spices like oregano or basil.

Pizza Sauce: Pizza sauce tends to be thinner than marinara sauce and doesn’t include any pasta shells or other ingredients besides tomatoes, water, and herbs such as oregano or basil (or sometimes even garlic). It’s also cooked at a lower temperature for a shorter period of time than marinara so that it doesn’t burn or have an overly bitter taste from overcooking.

How To Use Pizza Sauce and Marinara In Various Ways 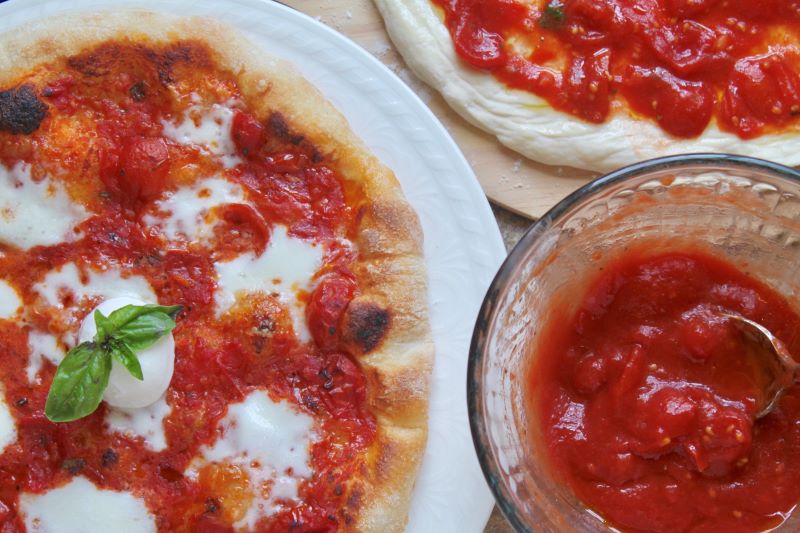 Pizza sauce is a staple in most kitchens. If you’re looking for ways to use pizza sauce and marinara, we’ve got some ideas.

Which One for Pasta?

Pizza Sauce: it is a staple in most kitchens. It’s a sauce that can be used in so many ways, from pasta to dipping. There are many different recipes for pizza sauce, but this one is my favorite!

Marinara Sauce: it is a great way to add flavor to almost anything. It’s also super easy to make and can be kept in the fridge for up to two weeks!

Which is Better for Pizza?

Both marinara and pizza sauce are tomato-based sauces that are commonly used in Italian cuisine. But what’s the difference between them?

Marinara sauce typically contains crushed tomatoes, garlic, and herbs. There’s no dairy included in this recipe, but you can add cream or butter to make it richer.

Pizza sauce is made with similar ingredients as a marinara sauce but has more tomato paste, which gives it a thicker consistency. It also includes parmesan cheese and sometimes even oregano.

Which One for Pasta?

Marinara sauce is typically used for spaghetti and other kinds of pasta because it’s chunky, thick, and contains garlic and seasonings. It’s also a bit sweet from tomatoes and sugar added during the cooking process. The chunks of vegetables give it a hearty taste that goes well with meatballs or sausage.

Pizza sauce is thinner than marinara and contains less sugar and more herbs (usual basil) than its counterpart does. While it’s not as chunky as marinara, it still has some chunks in it because tomatoes aren’t pureed. It also tastes sweeter than marinara due to more tomato paste being added during cooking time.

Which Sauce Is Right For You?

Pizza Sauce: It’s a thin condiment for pizza, usually made from tomatoes, olive oil, and spices. It can be made from scratch or purchased from the store. A basic pizza sauce recipe calls for canned tomatoes, olive oil, garlic powder, and dried oregano. This homemade version adds fresh basil leaves for an extra pop of flavor and color.

Marinara Sauce: It is a tomato-based pasta sauce that comes in many varieties, including spicy versions with chili peppers or herbs like thyme or oregano added to the mix. Some people may refer to all tomato-based pasta sauces as “marinara” (including those with meat or cheese), while others reserve this term specifically for plain tomato sauces without other ingredients added to them (such as meatballs or onions).

Appetizers And Side Dishes

Pizza Sauce: It is a versatile sauce that can be used for more than just pizza. Try using it as a dipping sauce for breadsticks or as a topping for pasta. You can also use it on sandwiches or burgers instead of mayonnaise or mustard. It’s great with eggs or even cooked vegetables like carrots, zucchini, and squash.

Marinara Sauce: It is similar to pizza sauce but doesn’t contain any cheese or herbs. Use it in dishes where you want the flavor of tomatoes without adding too much moisture to the dish such as meatballs, chili, and spaghetti. Marinate steak in marinara before cooking it on the grill to create an Italian-style steak dish that tastes great with garlic breadsticks or potato wedges.

Marinara sauce and pizza sauce are similar, but not the same.

Pizza sauce is thicker than marinara, so it’s easier to use as a dipping sauce for breadsticks or chicken wings.

Marinara is thinner and better suited for topping pizzas or pasta dishes.

How To Make Pizza Sauce And Marinara 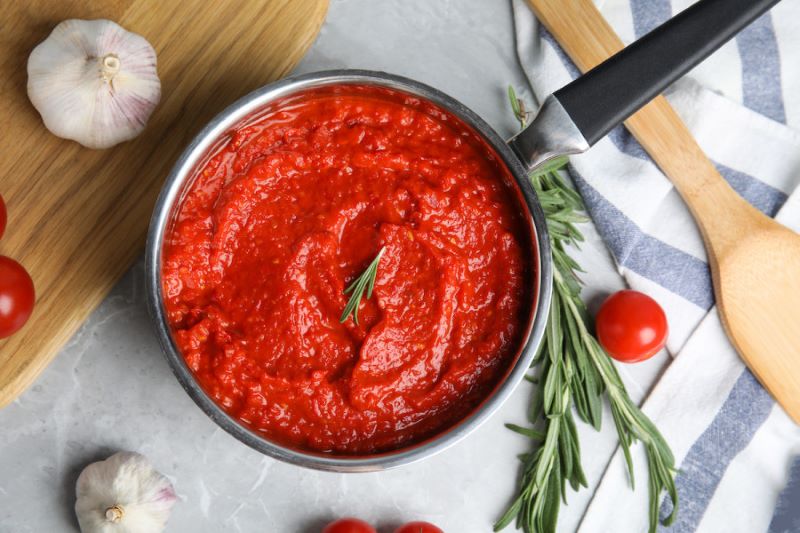 Step 1: In a large bowl, stir together all of the ingredients until well combined.

Step 2:Pour into a 1-quart freezer bag, seal and lay flat in the freezer for up to 3 months (we recommend using it within 2 weeks).

Step 3: When ready to use, thaw in the refrigerator overnight. Once thawed, heat over medium-low heat until warmed through (about 10 minutes).

Marinara sauce is a simple tomato-based sauce that is great for pizza, pasta, and many other Italian dishes. This traditional marinara sauce recipe is made with fresh tomatoes, garlic, and herbs.

Step 1: The first step in making the base of the sauce is to sauté the onion and garlic in oil over medium heat until they are soft.

Step 2: While the onions and garlic are cooking, add the sugar and wine. Bring to a boil, then reduce heat to medium-low and allow the sauce to simmer for 15-20 minutes or until most of the liquid has evaporated.

Step 3: Meanwhile, cook pasta in salted water al dente according to package directions. Drain. Set aside until ready to use.

Step 4: Once the onion and garlic have turned lightly brown, pour the tomato mixture into a food processor or blender and blend well.

Step 5: Heat oil in a saucepan over medium heat and add the pureed tomato mixture. Cook for another 10 minutes or until most of the liquid has evaporated.

Step 6: Add the chicken stock and simmer sauce for another 10 minutes. Add salt and pepper to taste.

Step 7: Pour sauce over cooked pasta and top with parmesan cheese if desired.

1. Is Pizza Sauce the Same as Marinara?

No, pizza sauce and marinara are two different sauces. While both are tomato-based, pizza sauce has a sweeter flavor with more herbs and spices added. It’s also thicker in consistency than marinara.

2. Is it okay to freeze pizza sauce?

Yes, you can freeze pizza sauce for up to six months in an airtight container or freezer bag. Just make sure the sauce is completely cool before placing it in storage!

Pizza sauce should be stored in an airtight container at room temperature or in the refrigerator. If you put your bottle of tomato paste in the fridge, it can last up to two months!

This is most likely due to using too much tomato paste or using canned tomatoes that have been sitting in your pantry for months on end! Canned tomatoes tend to go bad faster than fresh ones do, so be sure to use them within two years at most (and preferably closer to one year).

5. Are there any health benefits to eating marinara sauce?

Yes! Marinara contains lycopene, an antioxidant that helps prevent cell damage and may reduce your risk of certain cancers such as prostate cancer.

If you love pizza, you probably know that the quality of the sauce can make it or break it. Marinara vs pizza sauce! If you’re wondering which is better for your next pizza, here’s the skinny on these two sauces.