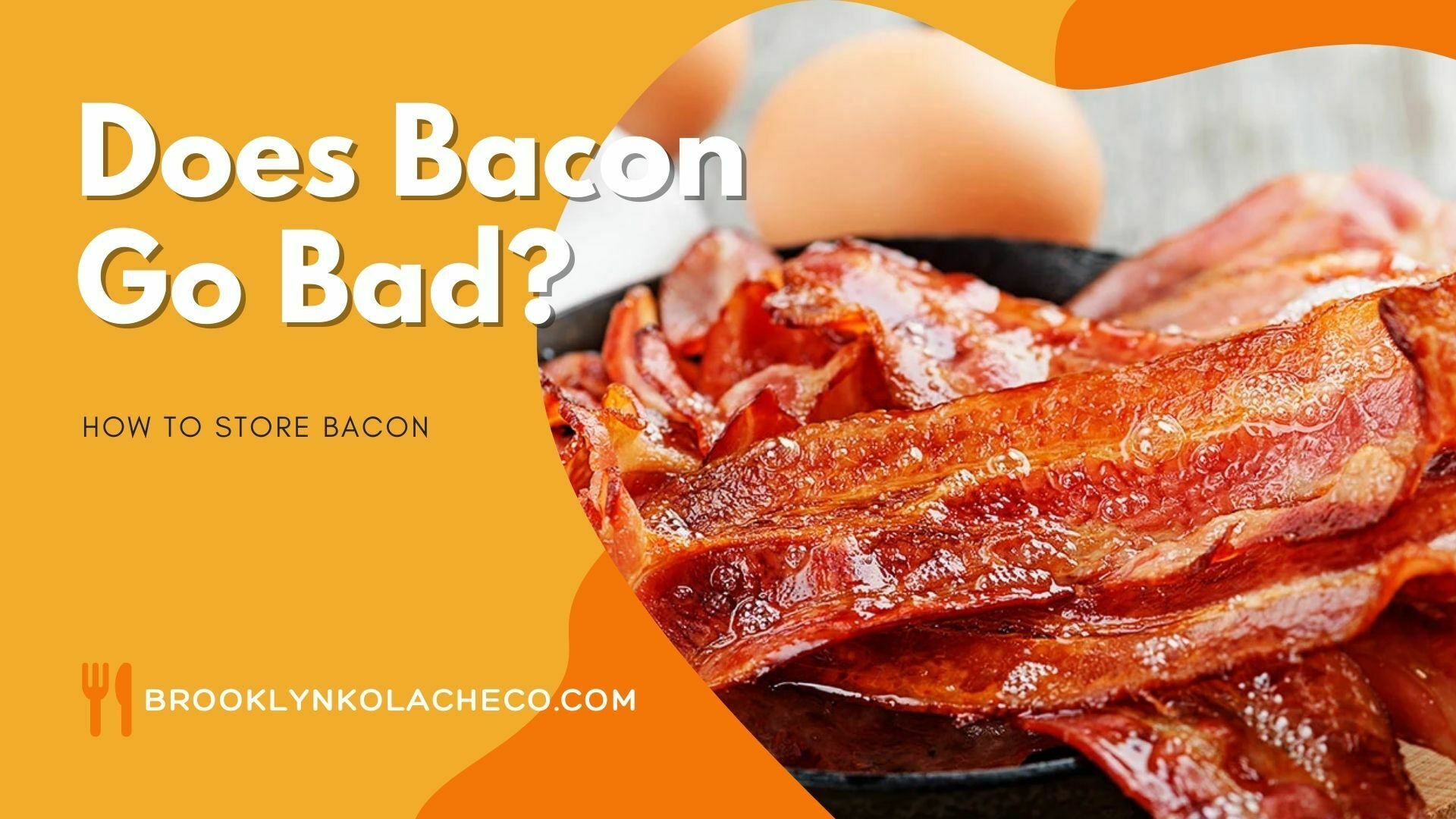 Bacon is a delicious and versatile meat that can be enjoyed in a variety of different ways. However, like all meats, bacon can go bad if it’s stored properly. So, how can you tell if your bacon is no longer safe to eat? Read on to learn more.

How To Tell If Bacon Is Bad?

When you are looking at your bacon, if it has turned a different color than what is natural, it is a sign that the bacon has gone bad. Usually, bacon will be a natural pink color with white or yellow fat. If the bacon has browned or grayed, with a hint of green or blue, then it is already spoiled. It is normal for your bacon to have a slight change in color due to exposure to oxygen, but when the color changes drastically, it means that it has already spoiled.

How does bacon smell? Bacon has a distinct or characteristic smell of its own thanks to added sodium nitrite in the curing process. If your bacon has a chemical odor and does not smell like it should, then it has probably gone bad.

When it comes to bacon, freshness is key. If the bacon feels slimy or sticky to the touch, it is best to dispose of it immediately. This is because excessive slime can be caused by lactic acid bacteria, which can contaminate other meat products in your home.

If you found slimy bacon, it’s best to dispose of the entire package since the spread of harmful bacteria can contaminate other meat products as well. To keep the smell from spreading throughout your kitchen, cover up your smelly bacon with plastic and throw it in the trash. Food safety should always be a top priority!

What Happens When You Eat Spoiled Bacon

If you eat bad bacon, the most likely cause is food poisoning. Food poisoning can cause nausea and vomiting, abdominal pain, fever, headache, body aches, and more dangerous symptoms. Severe cases of food poisoning can lead to dehydration, abdominal pain that is severe enough to require hospitalization or develop into sepsis. It is best to consume only high-quality bacon that is fresh. Spoiled or old meat should be thrown away immediately.

It has been reported by several news sources including Fox News, BuzzFeed News, Huffington Post, Patch Media, and Newsweek that there are many cases where people develop serious health problems after ingesting bad bacon. Health inspectors have found harmful bacteria including Staphylococcus, Salmonella, Bacillus, Clostridium, and Escherichia coli on samples of bacon. Spoiled bacon contains high amounts of these harmful bacteria and will taste sour due to bacterial overgrowth.

How To Store Bacon

Raw bacon can also be frozen for up to two months. However, when it is thawed, you must use it within one week. Freezing bacon prevents the fat from going rancid. If you want to freeze bacon, first seal the package in plastic wrap and then aluminum foil. Be sure to label the date so that you know how long the bacon has been in the freezer.

For freezing, you may also cut a package of bacon into 4-piece servings. This makes it easier to defrost as needed. Wrap them tightly in plastic wrap before placing them in foil, and mark the date they went in the freezer on the packaging. These frozen single portions will last for several weeks in the freezer.

If you’d like to avoid frozen bacon, try storing the unused portions of the package in your refrigerator instead. You can store it there up to one week past its expiration date. Once opened, keep tightly wrapped or use within a week. Unopened packages of bacon may be kept in the refrigerator for up to two weeks. This will help to reduce the number of splatters you’ll have when cooking.

Whichever way you choose to store your bacon, be sure to cook it to the correct temperature before eating it. Enjoy!

How to store cooked bacon is how to keep bacon fresh for longer periods of time. You can put it in an airtight container or wrap it with plastic wrap. It’s best to use paper towels under the bacon when you store it, because this keeps the fat from congealing and making everything else greasy.

When you take out what you need, the bacon will be easy to grab and won’t break. Cooked bacon can last in the fridge for around four days or so. It’s important to remember that the less fat on the bacon, the longer it will stay fresh. This is because the fat goes bad quickly. Enjoy your bacon!

There are a few telltale signs that can indicate whether bacon is past its prime. If the bacon is slimy, has a bad odor, or is covered in mold, it should be discarded. Additionally, if the bacon has been frozen, it is likely to be less fresh and should also be thrown away. If in doubt, it’s always best to err on the side of caution and discard any bacon that doesn’t look or smell fresh. Fortunately, properly stored bacon can last for up to two weeks in the fridge and several months in the freezer. So, if you’re not sure whether or not your bacon is still good, just give it a sniff or a taste and make a judgment call. Ultimately, the best way to tell if bacon is bad is to use your senses – if it looks or smells off, it’s probably not safe to eat.

If the bacon is slimy, has a bad odor, or is covered in mold, it should be discarded

In some cases, you may find that a small amount of mold has formed on your bacon. Although this isn’t ideal, it’s not necessarily cause for alarm. If the majority of the bacon is still fresh and there’s only a little bit of mold on one end, you can simply cut off the affected area and enjoy the rest. However, if the bacon has become slimy, emits an unpleasant odor, or is visibly covered in mold (i.e., there’s lots of whitish-grey fuzz), it should be discarded immediately to avoid food poisoning.

Once opened, packages of bacon will typically keep fresh for one to two weeks when stored properly in a refrigerator (at 40°F or below). If you’re not planning on eating all of your bacon within that time frame, we recommend wrapping what remains tightly with plastic wrap and place it into a freezer bag before putting it back into your refrigerator. Frozen bacon will generally keep fresh for one to three months.

Bacon should only be defrosted once before being cooked or consumed. If you plan on cooking your entire package of bacon at once, then feel free to go ahead and freeze the entire thing as is. However, if you want to slice it first for convenience purposes, simply follow these directions: Thaw out frozen slices in the fridge overnight (or until completely thawed). Then slice desired amount of strips Place individual slices onto a plate and refreeze (optional)

Alternatively, you can cook your frozen bacon as is. Just make sure to adjust cooking times according to the size of the strips – larger slices will likely take longer to crisp up than smaller ones. Although it may require a little bit more time, we recommend thawing out frozen bacon before cooking it because it tends to be less prone to scorching or overcooking.

If in doubt, it’s always best to err on the side of caution and discard any bacon that doesn’t look or smell fresh.

Ultimately, the best way to tell if bacon is bad is to use your senses

The best way to tell if bacon is bad is simply by using your senses. If it looks or smells off, it’s probably not safe to eat. This applies not just to raw bacon but also precooked bacon that you’re planning on reheating in the microwave or oven. For more information about storing different types of meats, check out our How Long Do Different Types of Meats Last? guide.

How long is bacon good for in the fridge?

Bacon is typically good for 2-3 days in the fridge. However, it can last up to a week if it is stored properly. Make sure to wrap the bacon in plastic wrap or place it in a sealed container so that it does not dry out.

Can I freeze bacon?

Yes, you can freeze bacon. However, it is important to note that the quality of the bacon may not be as good after it has been frozen. Make sure to wrap the bacon in plastic wrap or place it in a sealed container before freezing.

How do I cook frozen bacon?

To cook frozen bacon, preheat your oven to 400 degrees F and place the bacon on a baking sheet. Cook for 15-20 minutes or until the bacon is crispy. You can also fry frozen bacon in a pan over medium heat. Cook for 5-7 minutes per side or until crispy.

Can you eat raw bacon?

No, you should not eat raw bacon. Bacon is a type of pork that is typically cooked before eating. Eating raw bacon may increase your risk of foodborne illness.

Raw bacon may contain harmful bacteria, including Salmonella and E. coli, which can cause nausea, vomiting, diarrhea, and abdominal pain. In severe cases, foodborne illness can lead to death.

It is important to cook bacon thoroughly to reduce the risk of foodborne illness. Cook bacon until it is crispy or until an internal temperature of 160 degrees Fahrenheit is reached.

If you are unsure whether bacon is cooked properly, do not eat it. Throw away any raw bacon that you have and clean up any spills immediately.

Bacon is a delicious, yet versatile, meat that can be enjoyed in a variety of ways. Although it is typically thought of as a breakfast food, bacon can also be eaten as part of a lunch or dinner meal. Additionally, bacon can be cooked in the oven, on the stovetop, or in the microwave.

No matter how you choose to cook it, we recommend always using your senses to determine whether or not bacon is bad. If it doesn’t look or smell right, it’s best to discard it. With that said, bacon usually lasts for 2-3 days in the fridge and 1-3 months in the freezer. So if you’re not planning on eating of your bacon right away, go ahead and freeze it!

We hope you enjoyed this guide on everything bacon. For more information on food storage and safety, be sure to check out our other guides. Thanks for reading! 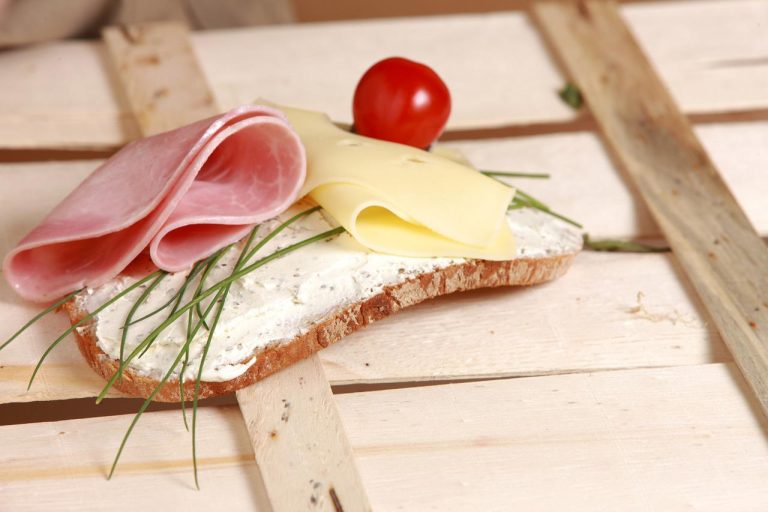 ContentsBest Ways to Reheat Ham Slices1. In The Oven2. In The Microwave3. In a skillet4. In a Steamer5. In an air fryerHow to Keep Your Ham Slices Hot While You’re at Work1. A Plastic Container2. Wrap… 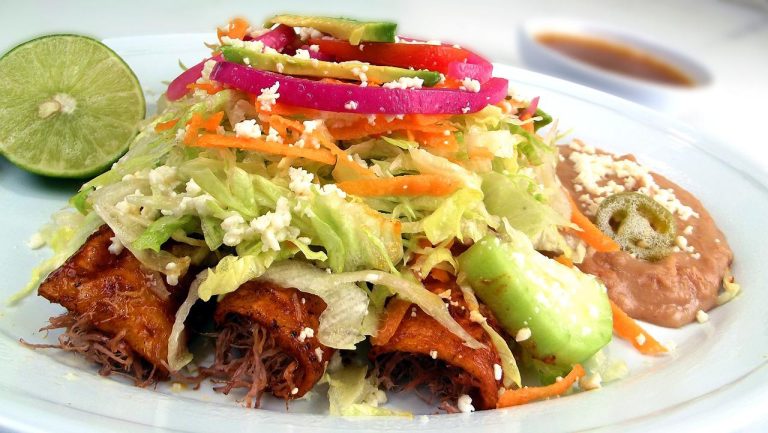 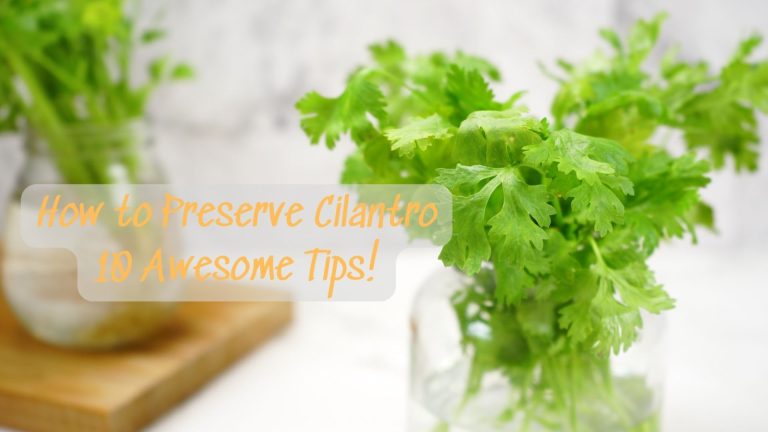 ContentsWhat Is Cilantro?What Does Cilantro Taste Like?Cooking With Cilantro10 Easy Ways To Preserve Cilantro1. Trim The Stalks And Put Them In Water2. Try A Jug Of Water3. Use Olive Oil4. Freeze Cilantro In Ice Cube… 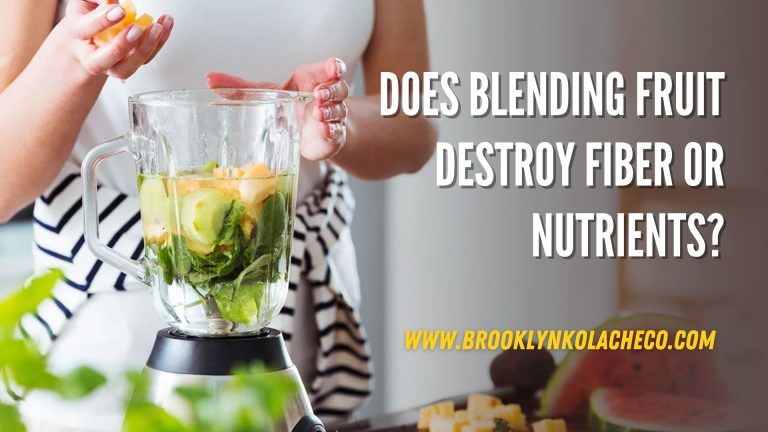 ContentsDoes Blending Fruit Destroy Fiber?Does Blending Destroy Nutrients?How Soon Will I Drink My Smoothie After Blend It?Tips For Reducing Nutrient Loss When BlendingTips for Making a High-fiber SmoothieConclusion Blending has become all the rage these… 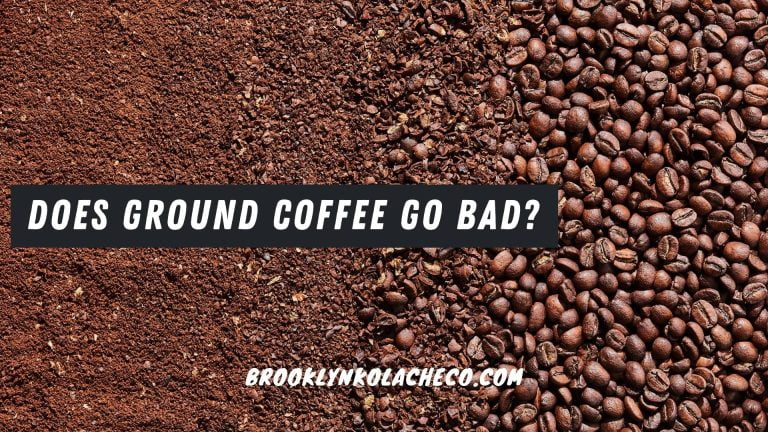 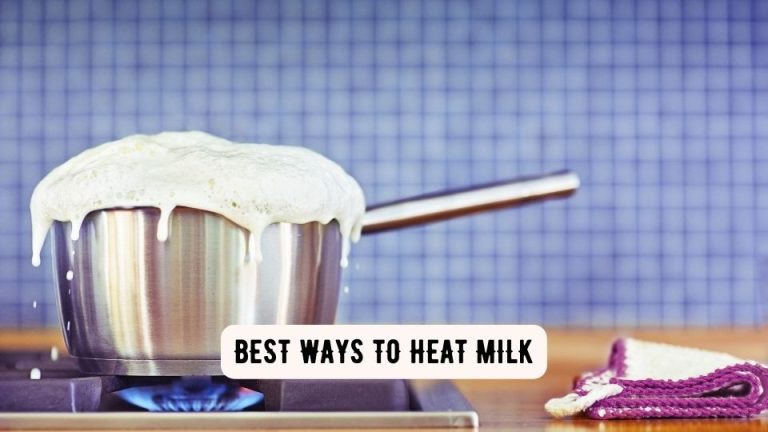 ContentsWhy It’s Important To Heat Your Milk1. Releases The Nutrients Present In Raw Milk2. Avoid Causing Digestive Issues.3. To Kill Harmful Bacteria Such As Salmonella And E. Coli.4. To Kill Germs Before Feeding Your Baby.5….