How to Preserve Cilantro: 10 Awesome Tips!

If you’re a fan of cilantro, then you’ll know that this herb does not stay fresh for long. The leaves quickly get slimy and the flavor becomes bitter. Air and moisture are some of the causes behind cilantro’s degradation. This means that you need to know how to preserve cilantro in order to use it in your cooking activities. Here are 10 simple ways how to preserve cilantro: 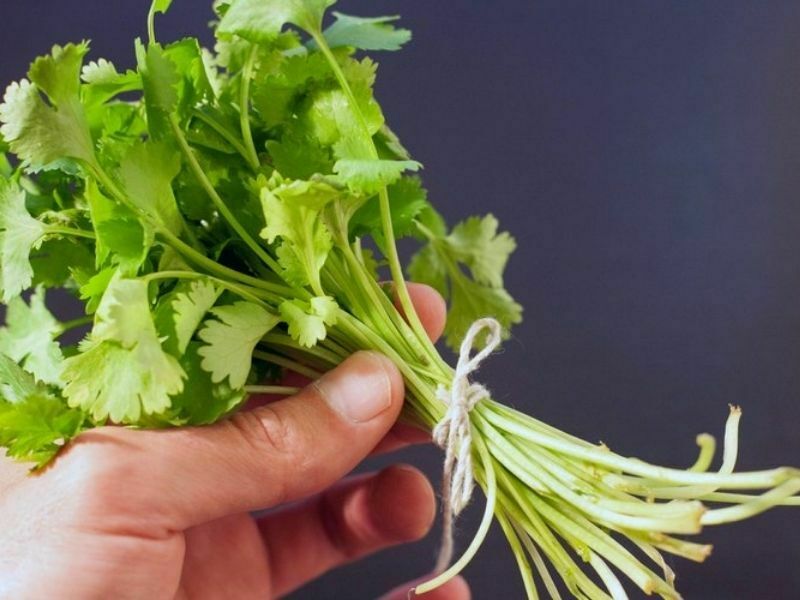 Cilantro is the Spanish word for coriander leaves, the fresh leaves, and stems of the Coriandrum sativum plant. Cilantro is often used in Latin American, Caribbean, and Asian cuisine. All parts of the plant are edible, but the fresh leaves and the dried seeds are the most commonly used in cooking.

Coriander is native to regions spanning from southern Europe and northern Africa to southwestern Asia. It is a soft plant growing to 50 cm (20 in) tall. The leaves are variable in shape, broadly lobed at the base of the plant, and slender and feathery higher on the flowering stems. The flowers are borne in small umbels, white or very pale pink, asymmetrical, with the petals pointing away from the center of the umbel longer (5–6 mm or 0.20–0.24 in) than those pointing toward it (only 1–3 mm or 0.039–0.118 in long). The fruit is a globular dry schizocarp 3–5 mm (0.12–0.20 in) in diameter.

Cilantro is a fresh herb that is widely used in Mexican, Thai, and Indian cooking as well as in various Latin American cuisines. It has a very distinctive flavor that is hard to replicate using other herbs. Cilantro adds a lot of flavor to dishes like guacamole, tacos, and salsas, but it’s delicious on top of any grilled meat or fish. Just about the only thing cilantro doesn’t go well with is sweets.

The flavor of cilantro is generally described as clean, bright, and citrusy but with an underlying grassy note. The leaves and the stems taste differently, with the leaves being more delicate and the stems having a stronger aroma.

Cilantro has a strong flavor which means you don’t need to use very much of it in your cooking. For example, if you’re making homemade salsa, start with just one or two tablespoons of chopped cilantro, then add more to taste if desired.

Cilantro is a wonderful addition to many dishes. It has a fresh, spicy flavor that compliments sauces, salads, and soups. The leaves are more flavorful than the stems, but they can be used interchangeably.

Most recipes call for chopped cilantro. Chop it as finely as possible to release the flavor. Add it at the end of cooking for best results, unless a recipe calls for long, slow cooking, or braising.

Cilantro is a type of herb that is widely used in many different cuisines. It belongs to the family of Apiaceae, which includes other aromatic herbs such as Caraway, Celery, Dill, and Fennel. The leaves of cilantro are often used in Indian, Mexican, and Asian cuisine. However, the seeds are also used for flavoring as well. Cilantro tends to grow pretty easily as long as it has plenty of sunlight and water. If you want to keep your cilantro fresh for a long time, here are some tips that you can use to help you out:

1. Trim The Stalks And Put Them In Water

One of the best ways to keep your cilantro fresh is by treating it like flowers in a vase. Simply trim off the bottom part of the stems and put them in a small container of water. Then cover the leaves loosely with a plastic bag and store them in your refrigerator. You may need to change out the water every couple of days to keep it from getting slimy, but this method keeps cilantro fresh for up to two weeks.

If you use cilantro weekly, try keeping it in a glass jar with about an inch of water in the bottom. The cilantro will last for more than a week if you change the water every day or so.

If you want to keep your cilantro fresh for a long time. Using olive oil is a perfect answer to How to Preserve Cilantro. Add chopped cilantro, garlic, and olive oil in a blender and pulse until smooth. Freeze in ice cube trays or small freezer-safe containers for 1 month. Pop-out the frozen olive oil cubes and store them in freezer bags. Add a cube or two to a warm dish just before serving. 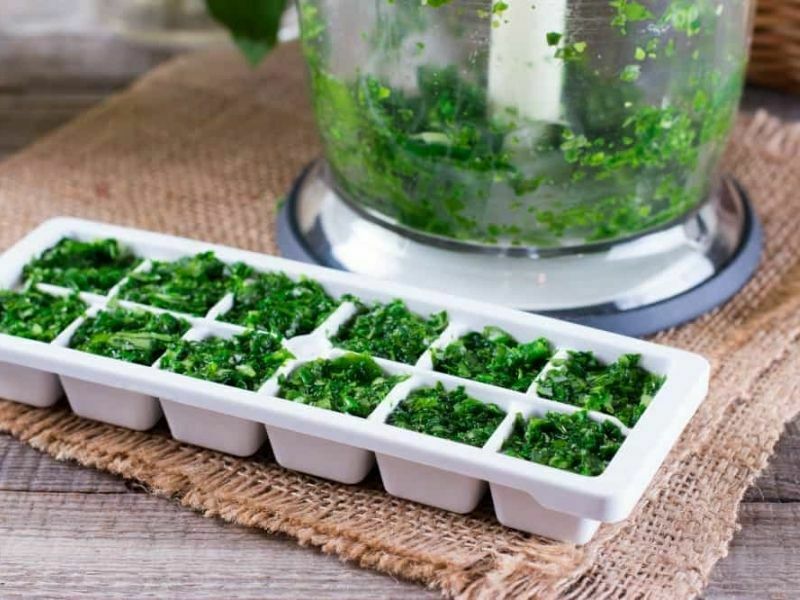 5. Dry Out The Cilantro

If you have a food dehydrator, this is by far the easiest way to preserve cilantro. Just wash and dry it, spread it in a single layer on the trays of your dehydrator, and set it at 95 degrees. Depending on environmental factors like humidity, it will take about 24 hours for your cilantro to be completely dry.

Store your dried cilantro in an airtight container or bag, making sure to keep it away from heat and light. Dried cilantro should keep for about 1 year.

This method is probably the easiest way to preserve cilantro besides drying it. Wash and dry the cilantro as much as possible without bruising the leaves, then remove any tough stems. Pat dry with paper towels or use a salad spinner to remove as much moisture as possible. Chop the leaves roughly with a sharp knife so they aren’t clumped together, then pop them into a freezer bag and seal tightly. Remove excess air if possible, label with the date, and freeze for up to 6 months.

7. Freeze Into A Pesto

A delicious way to preserve cilantro is by turning it into pesto! Simply combine chopped cilantro with olive oil and freeze in an ice cube tray. Then use the frozen cubes as needed for pesto and other recipes.

8. Freeze With Butter Or Oil

Another option is to freeze cilantro in butter or oil. Fill an ice cube tray with the leaves, then cover with water. Once frozen, remove the cubes from the tray and transfer them to a freezer bag or container. You can also use this method for parsley, thyme, oregano, and other fresh herbs!

Wrap a damp paper towel around fresh cilantro before placing it in a plastic bag and putting it in the fridge. This will help to keep it fresher for longer periods of time (up to 2 weeks).

You can also freeze cilantro by adding an egg white! To do this, chop the leaves and combine them with 1 egg white per 2 cups of chopped cilantro. Then, freeze the mixture in an airtight container or a freezer bag. When you’re ready to use your frozen cilantro, simply take what you need out of the freezer and let it thaw on the counter.

Now you know how to preserve cilantro and there you have it—10 different tips and tricks for preserving cilantro. These are not just great ways to preserve the cilantro that you bought at the store. Instead, these tips will help you preserve your homegrown harvest for months to come. Preserving fresh cilantro is all about being proactive, so be sure to try one of these methods out this coming season!

Previous Article6 Things You Should Know Before Trying Muenster Cheese
Next Article How to Clean a Stove Top Tea Kettle: 9 Easy Ways

Can you freeze vinegar?

Can You Freeze Salami?

Can You Freeze Almond Milk? And How To Store It?