Halal food is becoming more popular with the rise of the Muslim consumer market. Therefore, it’s more important than ever to grasp the terminology used to describe the wide range of services, demands, and behaviors in which this group of people engages. Stakeholders are better able to navigate the section if they understand these ideas, terminology, and definitions. Halal food is the first of these words to be better comprehended.

What Does Halal Mean?

Halal is an Arabic word that means “allowed.” It implies acceptable according to Islamic standards in Islamic terminology. It is most commonly associated with eating, although it may apply to any proper activity in Islam. Haram, also known as non-Halal, is the polar opposite of Halal. This refers to something that is forbidden according to Islamic beliefs. Although it is frequently associated with food, it may also allude to other illegal activities in Islam, such as theft, corruption, and so on. 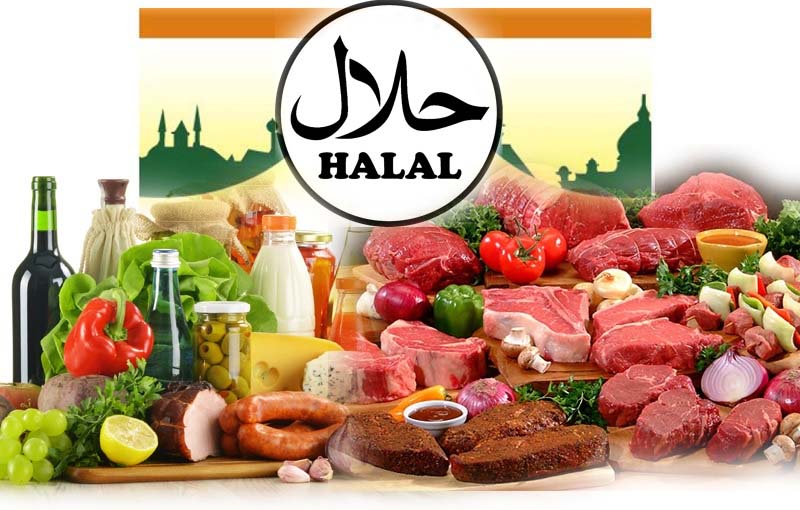 Halal food refers to any food that is lawful to eat according to Islamic beliefs. This refers to any food that does not fall within the Haram category (or forbidden). Except for specific meals and beverages banned in the Quran, all drinks and foods are Halal in Islam. Muslims all around the globe consider the Quran to be the book of perfect guidance and wisdom for humanity, as well as God’s final revelation.

Although certain particular teachings differ, the general opinion is that meals and beverages must be free of hazardous substances,  poisons, pork, intoxicants/alcohol, and unsanitary factors. Any meat must be slain according to the Zabihah procedures, which are outlined in Islamic law.

Food that is Halal certified

Many foods are categorically Halal or Haram. Certain meals, however, are hard to categorize due to the components they contain. Read food labels or look for Halal certification. Each time you buy food, double-check the ingredients since manufacturers may modify them without warning.

Halal meat and poultry must be killed under Islamic dietary rules (Zabihah). It is suggested to serve adequate vegetarian or plant-based meals.

Foods that are haram (Not Permitted) 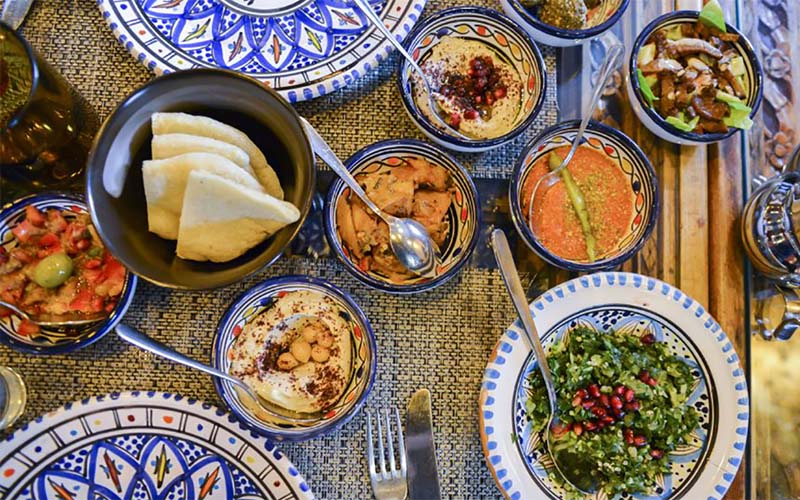 To learn more about specific foods or ingredients, contact the product’s maker or visit websites that provide information about halal food. These websites include third-party information obtained via connections to other websites.

Why We Should Eat Halal Food

Animal welfare has become a hot subject in contemporary society, and it’s fair to claim that many modern agricultural techniques ignore it. Overcrowding and the procedures employed in killing animals put animal welfare on the back burner to get a food product out there.

These agricultural practices are vastly different from halal farming. They are given the space and attention they require during raising to live as healthy and natural as possible. Before being ingested, all animals must be respected and well-treated, according to Halal.

Even during slaughter, the animal is treated with great care and respect. In the presence of other living animals, no animal may be slain. The goal is to keep the animals as stress-free as possible during the procedure. This also offers health advantages because the animal’s absence of stress reduces the production of hormones that can alter the meat it produces.

Prevents Meat From Being Contaminated

Islamic slaughter requires that the blood be drained entirely from the carcass, resulting in better meat devoid of dangerous germs. The halal technique protects the purity of the meat you ingest by emptying the blood from the animal. It also implies that there is no uric acid present in the meat.

Furthermore, the meat is free of fear chemicals, one of the most common causes of fear and anxiety in people.

Halal food guarantees good health and protects you from illnesses. You will get a sound body and mind if you eat halal cuisine devoid of alcohol, pollutants, blood, and urine. You’ll also be able to build a more muscular immune system and ensure that your organs run correctly.

Furthermore, cleanliness is an essential element of the halal procedure. It’s all about making sure the meat is free of contaminants. As a result, halal meat has a considerably lower rate of other hygiene-related concerns and food poisoning than other forms of meat.

Here are some notes when choosing to buy and use Halal meat:

Buy meat that is certified halal. Because halal meat must be slaughtered in a particular manner to comply with Islamic law, licensed halal butchers label the meat with the term halal or a halal emblem. The halal logo or the Arabic word for halal can be used as an emblem and.

If you’re unsure whether the meat is halal, ask the butcher or a store employee. When in doubt, avoid purchasing meat from unknown origins.

Next, when making halal meat, avoid using pork or pork products. According to Islamic law, pork products are deemed “haram” or prohibited. Avoid buying pork or pig-derived items like ham, bacon, or lard if you’re making a halal dinner. If a butcher or sales associate says that a pork product is halal, do not buy from them. This might indicate that they don’t wholly understand cooking and preserving halal meat standards, leading to contamination.

If you contact a non-halal food item, simply change your hands before touching halal food.

Set aside a cutting board or block, as well as a knife, in your kitchen for cooking halal meat. After that, halal meat should be sliced on a separate cutting board using a different blade. Contamination involving shared work areas and utensils shall be avoided. After each usage, wash the cutting board and knife with hot, soapy water to keep them clean.

If you are unsure if the knife or cutting board was used to prepare non-halal meat, give them a thorough wash in hot, soapy water.

This is one of the most straightforward techniques for reducing cross-contamination in the kitchen, and it does not include washing the pan or changing the oil in the fryer afterward.

If feasible, prepare halal meat on a separate grill. If you just have one long grill, dedicate one side to halal meat and establish a physical barrier between the two portions of the grill by placing a pan between them.

If you need to cook a large amount of halal meat at once, properly clean the grill with hot, soapy water and use the entire grill for halal meat. You may cook non-halal meat on the grill without washing it once the halal meat has been grilled and removed.

Cooked halal meat should be kept apart from non-halal products. Place the meat on a platter or in a container designated for halal meat after being cooked, and properly mark it. Do not allow the container to come into contact with a container containing non-halal meat.

Keep plates containing halal food apart from leaves with non-halal food if you are offering the meal right away.

Halal meat should be kept on the top shelf of the refrigerator. Only keep halal food on the higher bracket of the fridge. Contamination from non-halal food drips and spills may be avoided by storing the meat high up.

If this is your first time putting halal meat in the fridge, thoroughly clean it by sanitizing the walls and shelves with hot, soapy water.

If you simply can not keep your halal products on a different shelf, make sure they do not interact with non-halal items on the same shelf in the refrigerator. Put a piece of cardboard in the center of the frame or place an empty container separate halal and non-halal foods to create a barrier.

In this scenario, it is best to keep halal items on one side of the fridge and non-halal products on the other, as near the refrigerator walls as feasible.

To avoid contamination, label any containers containing halal meat. Assign halal goods a distinctive color, such as red or purple, and mark their containers with that color to remind yourself that they include halal meat. To keep all containers designated with this hue halal, group them in one place.

Some firms provide halal stickers that you may use to label your containers. After that, you may reuse the box for halal food without fear of contamination. 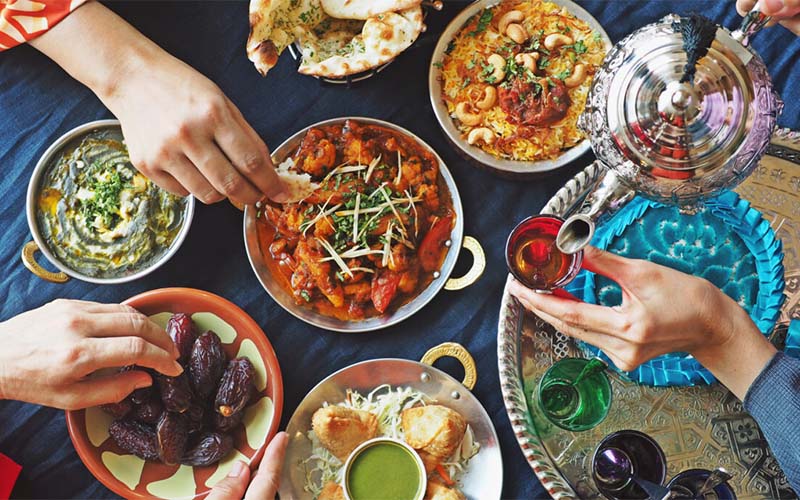 Halal food is already a multibillion-dollar industry throughout the world. Halal cuisine is becoming more popular and is now universally recognized. Overall, Halal food has several advantages, and everyone who believes in healthy food should consider switching to it.

Furthermore, if you encounter any issues, please post them in the comments area below. We are happy to answer any questions you have and offer you the most up-to-date information.

Finally, keep an eye on our website for extra helpful information!

Previous Article10 Best Tea Brands For Tea Lovers
Next Article Do You Eat The Rind On Brie?