Fish Sauce Vs Oyster Sauce are two very similar types of savory sauces that can be used for cooking. They’re common ingredients in many Asian dishes and are both often used as flavor enhancers. But what if I told you that it’s not as good a seasoning as oyster sauce? Let’s find out.

What Is Fish Sauce? 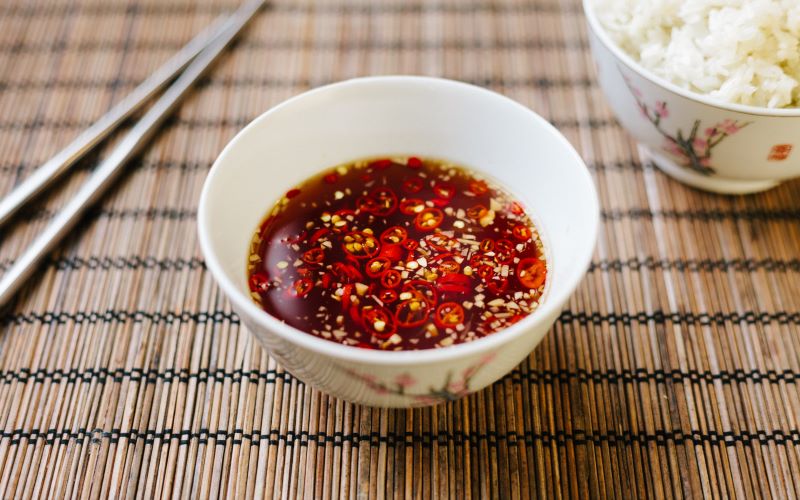 Fish sauce is a condiment made from fermented fish. It’s popular in Southeast Asia, where it adds depth and umami flavor to dishes. The most common type is made from anchovies, but other fish species can be used.

Fish sauce has been used for thousands of years as a seasoning and preservative by people living in coastal areas where salt was difficult or impossible to obtain. Inexpensive and easy to produce at home, fish sauce is one of the world’s oldest foodstuffs.

5 Best Ways To Use Fish Sauce

Fish sauce is a staple ingredient in Southeast Asian cooking. It’s used in everything from soups and curries to stir-frys, dipping sauces, and marinades.

Here are five ways to use fish sauce in your cooking:

1. Marinade for meat or poultry

Fish sauce can be added to any marinade to add depth of flavor to your meat. Just add one tablespoon of fish sauce per pound of meat and let it sit overnight before cooking as usual.

Fish sauce pairs well with beef because it adds savory notes with a hint of sweetness (from caramelized sugars). Add a tablespoon or two of fish sauce to your favorite steak rubs for an extra layer of flavor and complexity when grilling outdoors this summer!

Fish sauce adds an umami flavor to Thai curries like red or green curry, which are often served with rice noodles.

The classic noodle dish is traditionally made with tamarind water, but you can use fish sauce instead if you prefer. The salty liquid makes a good substitute for tamarind water, which is sweet and sour at the same time.

What Is Oyster Sauce? 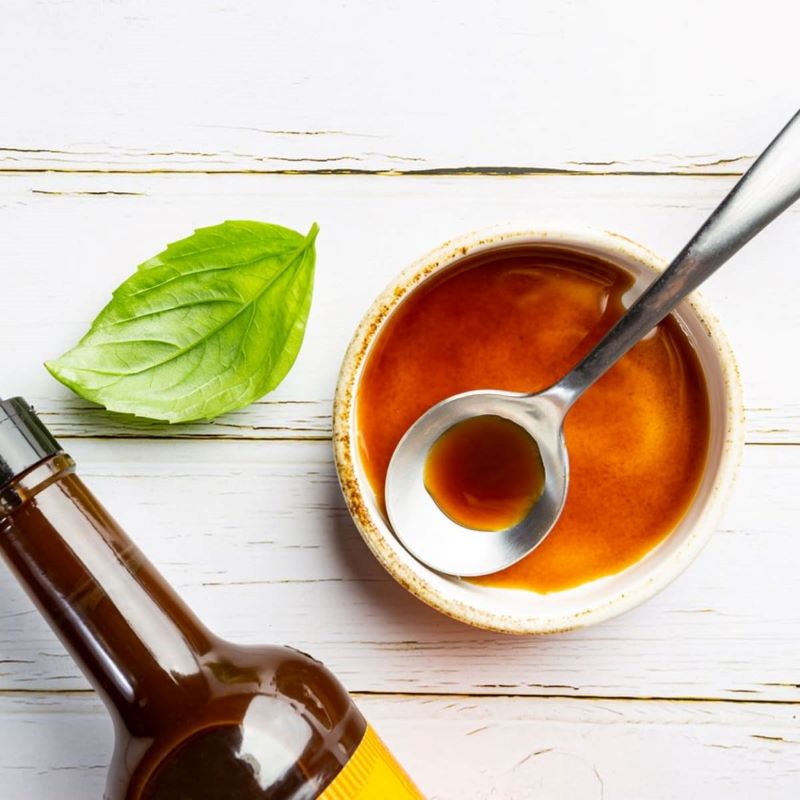 Oyster sauce is a thick, brown sauce used as a flavoring in Chinese cooking. It is made from oysters and has a rich, salty flavor. Oyster sauce can be used as a substitute for salt in many dishes or added to stir-fries for a little extra flavor.

Oyster sauce is made from oysters that have been left out to ferment in large vats of the brine until they’ve changed color from white to pinkish-brown. The oysters are then removed from their shells and mixed with other ingredients such as soybeans, wheat flour, and spices. The mixture is then cooked slowly over low heat until it thickens into a rich brown sauce that has a distinctive taste and aroma similar to mushrooms.

5 Best Way To Use Oyster Sauce

Oyster sauce is a condiment that is used in Chinese cooking. It is made from oysters and water, along with other ingredients like soy sauce and sugar. This sauce can be used as an ingredient or a marinade for meat, poultry, and seafood.

Here are five uses for the oyster sauce:

Marinate the meat by mixing it with some oil and oyster sauce before putting it into the oven. The result will be juicy and tender meat.

2. As a glaze on fish or chicken

Bake fish or chicken with some oyster sauce mixed with honey, soy sauce, and olive oil to make a sweet glaze that will enhance the flavor of your dish.

3. In stir-fries or fried rice

Add some oyster sauce to stir-fries or fried rice to give them a rich flavor that complements the food perfectly. You can also use this sauce when you want to create an Asian-style dish using vegetables like carrots, celery, cabbage, and mushrooms among others. Just mix them all together with some vegetables and add in some chicken breast fillets before pouring over this delicious condiment!

Oyster sauce is commonly used in Asian soup recipes, particularly those from China and Vietnam. It adds a rich flavor to any broth or soup you might be making.

Oyster sauce makes a great salad dressing base. Mix with sesame oil, rice vinegar, and some soy sauce for an Asian-inspired salad dressing that will take your salad to the next level.

Fish Sauce Vs Oyster Sauce: Which One Should You Use? 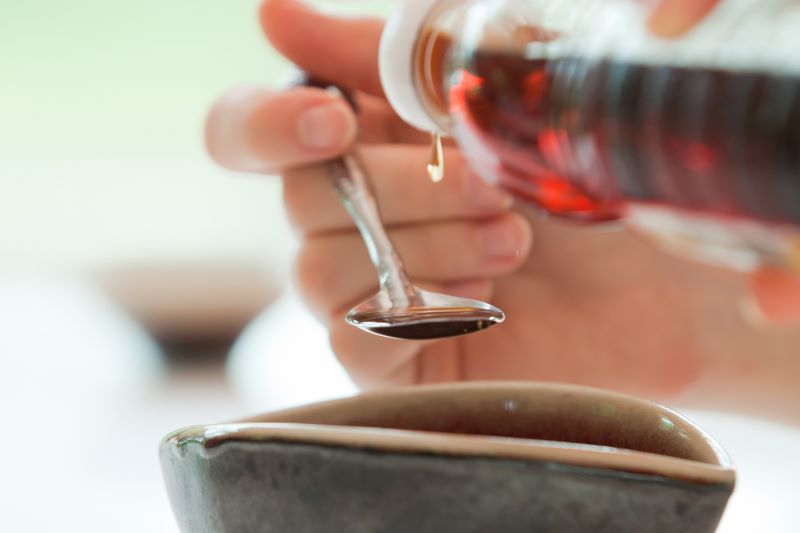 Fish sauce and oyster sauce are two of the most popular condiments in Asian cuisine. Both of these sauces are key ingredients in many dishes, such as fried rice, stir-fried noodles, and soups.

But which one is better?

The taste of the two sauces is different.

The fish sauce has more saltiness than the oyster sauce, but it still has a unique aroma.

Fish sauces are made from anchovies or other small fish such as mackerels, sardines, and herrings, which are fermented together with salt for several months until they form into a thick liquid.

Oyster sauces are made from oysters and sometimes wheat flour (which makes them gluten-free).

Fish sauce has a light amber color similar to soy sauce but lighter in color. It has no visible crystals or sediment at the bottom of the bottle but may have some bubbles in it during storage due to air being trapped in the bottle when it was sealed.

Oyster sauce is brownish-gray with an opaque appearance and no visible bubbles or sediment on its surface.

Fish sauce is made from salted, fermented fish. It’s a popular ingredient in Vietnamese and Thai cuisine and can be used as a dipping sauce for spring rolls or as an ingredient in soups, noodles, and stews. Fish sauce has a strong aroma but has a slightly sweet taste.

Oyster sauce is also made from salted, fermented oysters, but it’s thicker than fish sauce and has a richer flavor. Oyster sauce is commonly used in Chinese cooking to add flavor to stir-fries or other dishes that require thickening agents like soy sauce or cornstarch.

Oyster sauce has the aroma of soy sauce with a slightly briny, fishy taste.

Fish sauce is made from fish that is fermented, salted, and aged in barrels. Fish sauce has an extremely salty taste and is used as a condiment in Vietnamese cuisine. It is also used in Thai cooking, particularly in soups and curries.

Oyster sauce is made from oysters that are cooked with water, salt and sugar until the liquid reduces to a thick consistency. The sauce then goes through a filtering process before being bottled. Oysters contain high levels of zinc, iron, and calcium, making them excellent for your health.

1. How do you use fish sauce and oyster sauce?

Oyster sauce is used as a condiment. It is added to stir-fries, soups, fried rice, and noodle dishes. Fish sauce is also a seasoning but it is not used in the same way as an oyster sauce. Instead of adding it at the end of cooking like oyster sauce, it should be cooked with the other ingredients to give them flavor.

2. Which one do you use more often at home?

I use fish sauce more often, as it has a more pungent odor than oyster sauce does, so I can use less of it to get the same flavor impact. For example, if I want to add umami to Pad Thai or a stir-fry dish at home, I will probably use fish sauce instead of oyster sauce because it’s easier to add more of it without making the food taste too salty or rich in texture.

3. Can you substitute fish sauce with oyster sauce?

4. Can I use both sauces together?

Yes, there are instances where people combine both fish sauce and oyster sauces in their recipes because they complement each other very well in terms of taste and texture. For instance, if you want to make a sweet-salty marinade for chicken wings.

5. Can you substitute oyster sauce with fish sauce?

Oyster sauce and fish sauce are both made from fermented fish. The two products have different flavor profiles, though, so they can’t be used interchangeably. Oyster sauces are sweet and savory, while fish sauces are salty and sour. If you’re trying to cook a recipe that calls for oyster sauce but you don’t have any, you can use fish sauce instead. You’ll need to modify the amount of salt in the recipe to compensate for the increased salinity of the fish sauce.

Overall, Fish Sauce and Oyster sauce both taste good when used in a meal. These two sauces are commonly combined together to give a different flavor. The fish sauce is made from fermenting fish with water and sea salt, and the oyster sauce is mostly used to bring out the flavor of meat dishes. With these two added to your dish, you will have a more delicious meal.