Filipino food has influenced the Filipino way of life. Apart from cooking, there are precious memories made with whoever they are, which adds to the experience. Despite differences in lifestyle and culture, one thing that brings Filipinos together is their love for delicious cuisine- whether at birthdays or graduations, anniversaries, or chance gatherings alike! This common value among Asians can also be seen when you buy cold beer at convenience stores, where people will approach your table asking if they could join you while sharing pickled vegetables as well as buckets of beer.

Filipinos know how to make you feel right at home. During the holidays, they even invite strangers to dine with them in their humble home. This custom can also reflect a person’s socioeconomic position. You’ll see gold and silver utensils next to your plate, along with delicious food whose recipes have been passed down from generation to generation. After the party, the hosts even give you food to take home. A simple gesture like this conveys the message that there are things that money can’t buy.

Because they live in an archipelago, Filipinos are still culturally divided, and this extends to cuisine. Each area is quite proud of its recipes. To be honest, Filipinos consume whatever cuisine that questioning its origins. It’s fantastic to learn that renowned chefs advocate the usage of locally grown food items in television shows. The rich food legacy of many foreign cultures is illustrated. 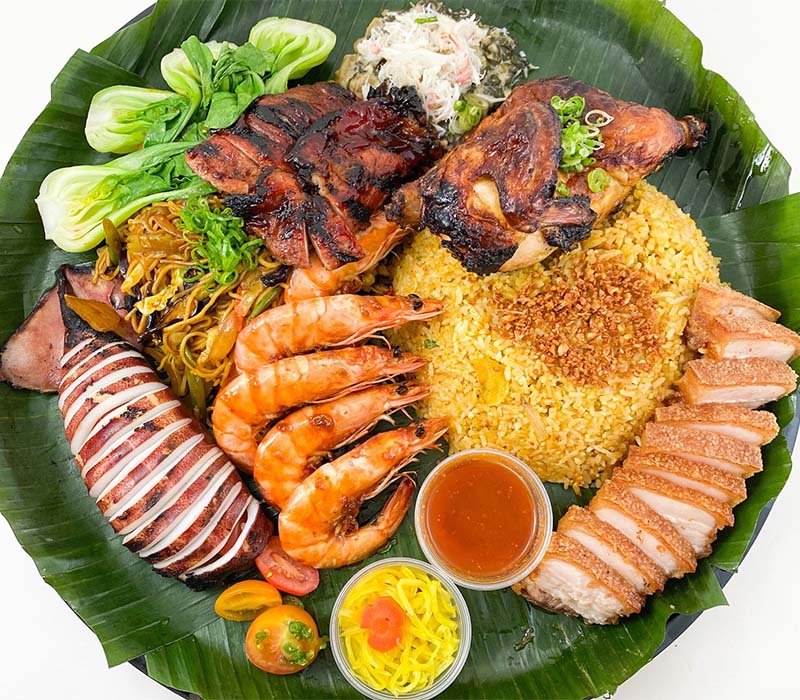 Contents show
What Distinguishes Filipino Cuisine?
What is the Importance of Rice in the Philippines?
Things You Didn’t Know About Filipino Cuisine
There is no such thing as dinner without rice
Dipping sauces are an essential component of Filipino cuisine
Duck embryos are considered a delicacy
Pork reigns supreme
Filipino cuisine is influenced by a variety of civilizations
Filipinos can’t conclude the day without Merienda
You eat with your hands and never wait for your meal
Conclusion

Filipino food is easy to prepare and delicious to share and consume. A typical Filipino dinner consists of veggies, seafood, dairy products. They stand out due to the combination of flavors. Food is presented as an aesthetic in every home during fiestas, in its delicious and mouth-watering hue. Its aroma is distinct because of a secret mixture of veggies. The naturally occurring scent seduces and captures anybody’s ineffective methods.

One meal can be prepared in a variety of ways, demonstrating Filipinos’ penchant for innovation. Everything may be altered, including the cooking technique, flavor, ingredients, and quantities.

Unlike other countries, where food is traditionally cooked according to the rules, Filipinos prepare it using techniques and ingredients unique to where the recipe was developed. Since flavors in the Philippines are often intense, the use of several spices has a strong impact. Dishes that use a few simple ingredients here are tastier and less expensive.

At every event, the cuisine tradition is prominent. Washing the dishes pales in comparison to the emotions generated by this Filipino cuisine. It appears unfinished, and the discussions are insubstantial in the absence of pleasures. There are legends around this type of cuisine. Some friends could inquire, “Do you recall that I made me tremble on a cold night?” Every Filipino meal you eat results from a lot of love, joy, a lot of history, a lot of tradition, and a lot of passion. 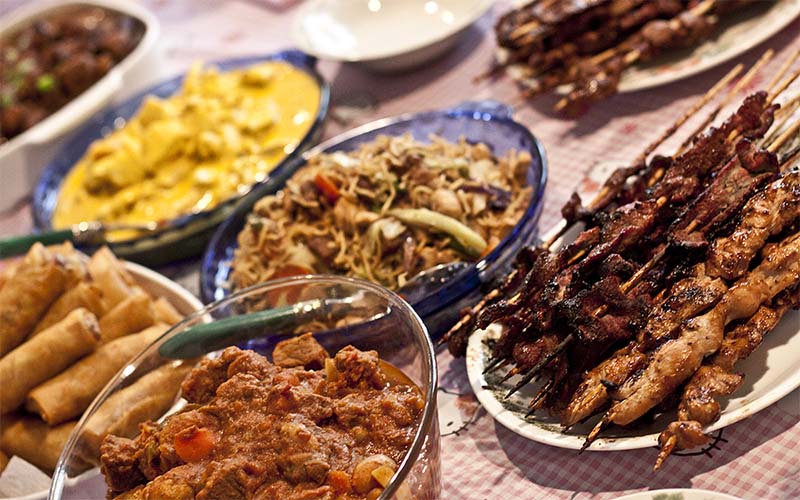 What is the Importance of Rice in the Philippines?

Rice may be a staple in about each Filipino dinner. Rice makes up half of a typical dinner. So, hypothetically, rice contributes to the precious memories brought by Filipino nourishment. It could be a great source of fiber, vitamins, minerals, and, most critically, carbs. Be that as it may, distant as well much of this is to fault for weight issues in grown-ups, children, and the elderly. One viewpoint is that white rice goes through a part of refining methods. Since the Philippines is generally an agricultural nation, nearly everybody can manage it. Eateries may indeed give boundless rice. This infers you’ll have to spend a little additional cash on upgrading your cup rice dish.

This essential supper may be utilized to create an assortment of cuisines. With garlic, you will bubble, steam, or sauté. It may also be utilized to form stuffing for cakes or cakes like Bibingka. Rice may be matured in select regions to create effective alcohol known as upbeat, and a nearby wine devoured amid ceremonies, extraordinary occasions, and celebrations. Sticky Malagkit rice dishes can keep you warm on a chilly, damp day. Champorado, paella, and arroz caldo are prevalent Spanish dishes.

Rice is used in almost all ceremonies, marriages, and traditions on Mindanao. A handful of rice tossed on newlyweds represents fertility, plenty, and prosperity wishes. Rice is extensively produced in areas where the topography, soil conditions, irrigation, and climate are ideal for rice cultivation. 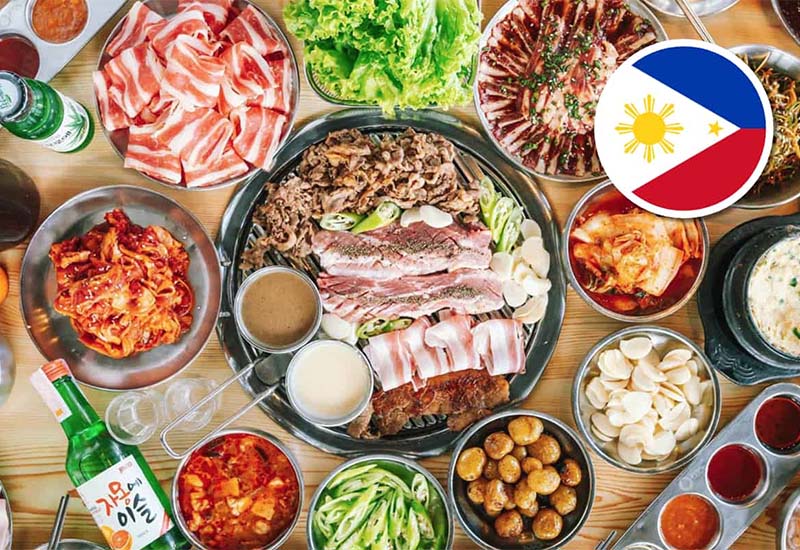 The food in the Philippines is a mix of Asian and Western influences, with local cooking techniques. It has proud indigenous flavors that make it distinct from other cuisines across Asia or Europe for that matter! Here are 7 things you need to know about Filipino cuisine:

There is no such thing as dinner without rice

Rice, especially white rice, is regarded as the ultimate staple in Filipino cuisine. It is found in every home and is almost certainly a component of every Filipino’s breakfast, lunch, and supper. It goes nicely with a variety of salty and sour local cuisines because of its simple, starchy flavor. Filipinos like rice: traditionally prepared white rice Kanin, burnt rice tutoring, leftover rice bashaw, or fried rice Sinangag. Restaurants and fast-food franchises that cater to Filipinos living outside of the nation always have rice on their menu.

Dipping sauces are an essential component of Filipino cuisine

Although rice compliments any Filipino cuisine, dipping sauces offered on the side enhance the flavor of your meal. The most frequent dipping sauces include a combination of soy sauce and calamari, fish sauce patis, and spicy vinegar. Fried fish tastes much better with one of these on the side. Sometimes it’s the sauce that brings the dish together. Most significantly, there are no guidelines for making dipping sauces, nor is there a single technique to blend them.

Duck embryos are considered a delicacy

This hard-boiled duck embryo, which is usually two to three weeks old, is a delicious snack. Depending on its incubation time, the partially formed duck embryo may have characteristics such as a beak, eye socket, or feathers. It’s best served warm, with a sprinkle of rock salt or vinegar on top. While it may appear repulsive to individuals with weaker constitutions, it is considered a beneficial addition to your diet due to its high protein and calcium content.

Purely vegetable meals are uncommon in the Philippines, whether in homes or at local restaurants. Even if you request chop suey or pinakbet, these mixed vegetable dishes frequently include meat. Filipinos are unquestionably meat-eaters. This is most evident in Cebu’s famous Lechon, a roast suckling pig with crispy skin that people come long distances to experience. You’ll also find piggy-inspired versions of classic meals like pork Sinigang, pork sisig, and the country’s national dish adobo. 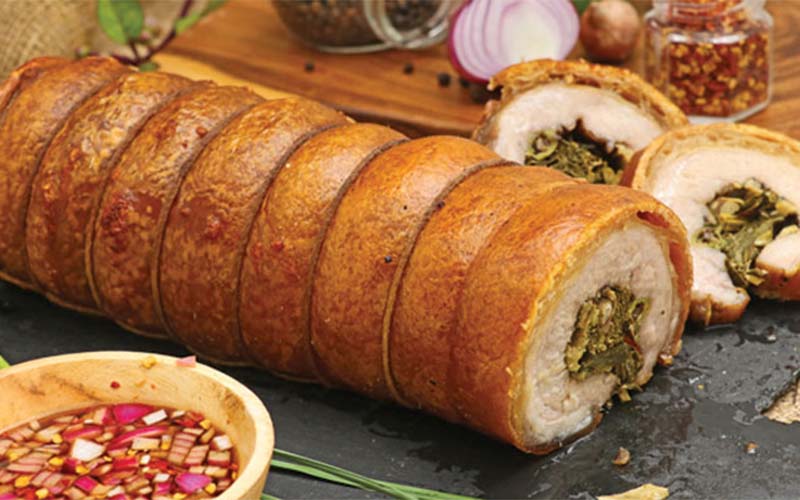 Filipino cuisine is influenced by a variety of civilizations

Filipino cuisine is highly complex, influenced greatly by the country’s previous conquerors as well as surrounding Asian countries. As a result, Chinese, Spaniards, Indians, Japanese, and a slew of other Western influences have formed Filipino cuisine. Pancit noodles and lumpia spring rolls, for example, were influenced early and have taken on a uniquely Filipino life of their own. The Japanese also brought the Filipino-favorite dessert halo-halo! Aside from these significant cultural influences, the preparation of Filipino meals varies by area, and each locality has at least one well-known specialty.

Because rice is the country’s primary meal and is relatively easy to digest, Filipinos are frequently hungry two to three hours after eating. People often consume Merienda snacks in the late morning and another in the afternoon. Popular Filipino snacks include pastries, rice cakes are known as Kakanin, fried bananas, and Pancit as long as they do not contain white rice (which offers you many more alternatives). The marina custom extends back to the Spanish era when people in rural regions ate breakfast before working in the fields and needed a snack in between meals.

You eat with your hands and never wait for your meal

While it is unusual to see individuals eating with their hands in the West, it is a Filipino custom. Filipinos see Kamayan, or the process of eating food with your hands, as the most acceptable way to enjoy a meal; after all, your fingers are dextrous enough to scoop and combine all the tastes. If you don’t want to use your hands, you can eat Filipino food with no knives and only a fork and spoon. Another traditional Filipino habit is never to make the meal wait. Mealtime is a holy rite in our culture. Therefore everyone, especially families, must eat together and share everything on the table.

Filipino food is a subject that can’t be defined in one phrase or instance, which adds to the allure. There are treasures hidden throughout every journey and experience while visiting The Philippines; from its beautiful landscapes to welcoming people as hosts – Filipino cuisine complements these aspects beautifully with flavors such adobo (a type of stew), Kilawin(rice cooked together). While sampling each variation might sound like an enjoyable trip itself, there’s something more compelling about discovering new dishes through taste rather than looking at pictures online beforehand!