Which one is better, cornflour or cornmeal? Both of them are derived from corn (maize), but there are differences that make these two products not only easy to distinguish but also easy to choose. Let’s find out…

What Is Corn Flour? 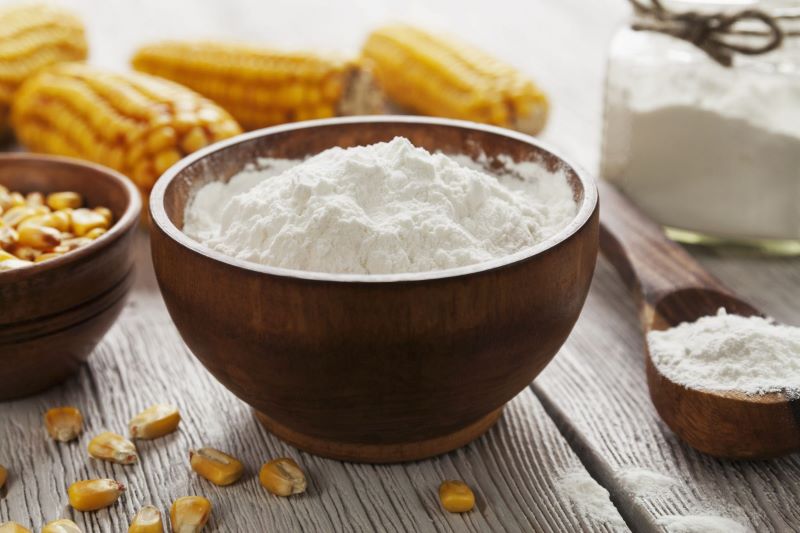 Corn flour can be used to make polenta, pancakes, tortillas, and tamales. It can also be used as an ingredient in bread, muffins, cakes, and cookies.

How to Use It?

Cornmeal is made from dried ground corn kernels that have been extracted from their cobs. The brown color of the meal comes from the bran layer of the kernels; the white meal is made from only the starch-rich endosperm inside the kernel. Flour is produced by milling whole grain corn into a fine powder with no bran or germ attached.

To use cornmeal or flour, simply add it to your favorite recipes as directed on the package instructions or recipe directions. 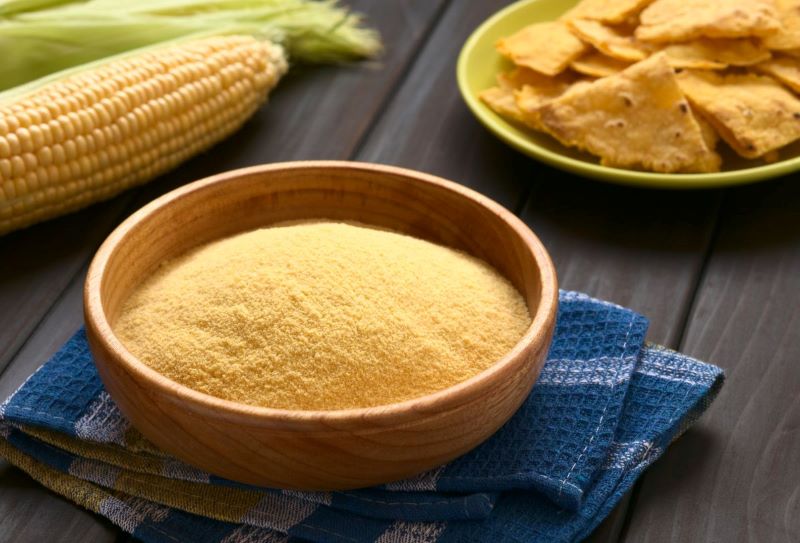 Cornmeal is a type of coarsely ground grain that is made from dried corn. The most common type of cornmeal is yellow cornmeal, but it can also come in white or blue.

Cornmeal is often used in the making of bread and other baked goods. It can also be used as an ingredient in some breakfast cereals. Cornmeal can also be used to make polenta, which is a type of porridge made from white or yellow cornmeal.

Cornmeal is usually made from dried corn kernels that have been ground into very small pieces. These products may then be further processed to remove the hulls, germ, and bran from the endosperm (the main part of the kernel). The endosperm contains most of the nutrients found in whole grains and accounts for about 80% of their calories. Grinding the kernels into flour allows them to become more digestible than whole grains are on their own.

How to Use It?

There are many uses for cornmeal. It can be used as a thickener in soups, sauces, and stews. Some people use it as a coating for fried foods. Others use it to make cornbread or other baked goods. Here are some tips on how to use cornmeal:

To thicken soup or stew: Stir 1/2 cup of cornmeal into 2 cups of boiling liquid until the mixture thickens and then add the liquid back into the soup or stew.

To make pancakes: Mix 1/2 cup of cornmeal with 2 cups of milk and beat well with a wire whisk until smooth. Add 2 beaten eggs, 2 tablespoons melted butter, and 1 teaspoon salt; mix well again. Pour batter by spoonfuls onto a hot griddle greased lightly with vegetable oil spray; brown on both sides; serve hot with maple syrup or honey if desired. 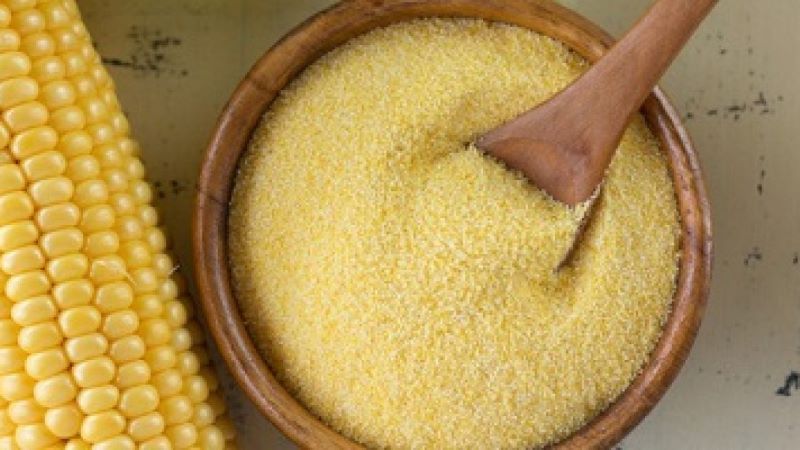 Cornmeal is a ground-up form of corn and is often confused with cornflour. But there are some differences between the two products, including their nutritional content and uses.

Here’s a look at cornmeal vs. flour and how they compare.

Cornmeal is made by grinding dried corn kernels into a coarse powder. This process removes the germ and bran of the kernel, leaving only starch behind. The result is a coarsely ground meal that can be made into polenta or grits, used to coat fried foods or baked goods, or added to other ingredients to make cornbread.

Corn flour is made by finely grinding whole corn kernels (including the endosperm and germ), resulting in an extremely fine powder that’s high in protein but low in fat and carbohydrates. Because it contains all parts of the kernel — including its germ — this type of flour has a longer shelf life than most flours. It can also be used for making pancakes or for thickening soups and stews.

Corn flour is a finer grind of the corn kernel, so it has a smoother texture than cornmeal. It also has more gluten, which makes it better for baking bread and other yeast-based baked goods.

Cornmeal is ground more coarsely than cornflour and has more of a gritty texture. It also contains less gluten and can be used in more savory dishes like polenta or grits.

Corn flour is made from ground-up kernels of wheat or other grains — it’s the result of milling the grain between rollers to remove the bran and germ. The remaining endosperm is then ground into fine particles called flour.

Cornmeal comes from any grain — wheat, buckwheat or cornmeal — that’s been coarsely ground. It contains some bran but not much germ because they don’t grind easily with this method.

Corn flour has a fine texture and is used for cakes, cookies, pastries, pancakes, waffles, and other baked goods. Corn flour is also great for thickening gravies and sauces when making a roux. It can be used to make polenta or grits as well.

Cornmeal is coarsely ground corn with a texture similar to coarsely ground wheat flour or semolina flour. It has a coarser texture than cornflour but works well as an ingredient in bread, muffins, cookies, pies, and other sweet desserts.

One cup of cornmeal provides about 140 calories and 2 grams of protein, along with about 60% of your daily recommended intake of both fiber and iron. Cornmeal also contains trace amounts of copper, magnesium, phosphorus, selenium, and zinc.

Corn flour is made from ground dried corn kernels. It’s produced by grinding corn kernels into a fine powder that resembles white flour but contains more fiber than regular flour because it’s made from whole grain corn rather than refined grains like white flour is. This means that each serving of cornmeal may have as much as 50% more fiber per serving than white bread!

You can use either one for baking and cooking but not both at once!

Corn flour doesn’t contain any gluten and therefore won’t leaven bread, muffins, and cakes, as well as wheat flour, will. Cornmeal contains gluten so it can be used as an alternative to wheat flour when making bread and other baked goods.

Recipes with Cornmeal and Corn Flour 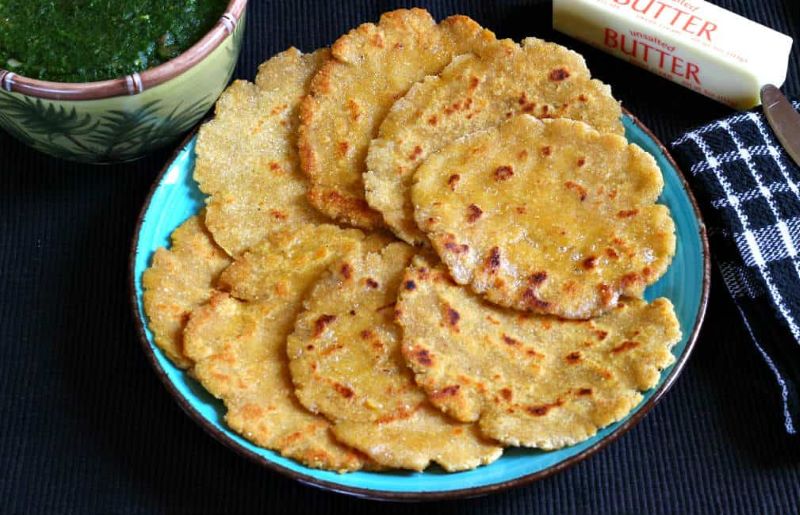 Cornmeal is ground from dried corn kernels, while corn flour is made from the same ingredient that’s been run through a roller mill. The two are similar in texture, though cornmeal has more texture and coarseness to it.

Here are some recipes using cornmeal or corn flour:

Cornmeal can be used in many different ways. It’s used in cooking, of course, but it’s also used in some recipes as a thickener and binder. Cornmeal is made from corn kernels that have been dried and milled into fine powder.

It is available in several varieties:

Blue cornmeal: Blue corn (also called blue maize) is grown primarily in New Mexico and Arizona. It has a stronger flavor than yellow corn and is excellent for use in making tortillas and blue tortilla chips (if you’re looking for a low-carb snack).

White cornmeal: This type of cornmeal is white because it has been stripped of its outer layer during milling. White cornmeal has a milder taste than yellow or blue corns do, so it’s often used to make muffins or quickbreads instead of more flavorful dishes like polenta or grits.

Corn flour is made from whole grain corn that has been cleaned, dried, and ground into a fine powder. Its use is limited to baking and thickening sauces and gravies.

Cornbread: Sift together 1 cup of flour and 1 teaspoon of baking powder. In a separate bowl mix, 1 egg with 2/3 cup milk and 1 tablespoon melted butter or margarine until well combined. Combine the dry ingredients with the wet ingredients until just moistened (do not over mix). Add 1/2 cup of fresh or frozen corn kernels to the batter along with salt and pepper to taste. Pour batter into an 8-inch square pan sprayed with non-stick spray, and bake at 425 F for 20 minutes or until golden brown on top.

Polenta: Bring 4 cups water to a boil in a large saucepan over high heat; slowly whisk in 2 cups cornmeal until smooth; reduce heat to medium-low and simmer uncovered 15 minutes or until thickened, stirring frequently; stir in 1 teaspoon kosher salt (or more if desired) and 1/4 teaspoon black pepper.

Creamy Corn: Add 1 cup of corn kernels to a small saucepan with 1 tablespoon of olive oil; add 1/2 cup of corn syrup and simmer over low heat for 15 minutes or until tender. Process in blender until smooth, about 15 seconds. Strain, pour into a bowl, and stir in 2 tablespoons of butter, salt, and pepper to taste.

1. What other names are these products known by?

Corn flour may also be called masa Harina (a Mexican name) or cornstarch (its commercial name).

Cornmeal may also be called polenta or grits (its commercial name).

2. How do I store corn flour and cornmeal?

Both corn flour and cornmeal should be stored in an airtight container in a cool, dark place for up to six months to prevent spoilage.

3. Are all flours gluten-free?

Yes! The majority of flours on the market today are gluten-free. However, it’s important to always read labels when buying any kind of flour product because some people may have allergies to certain ingredients added during processing or packaging that contain traces of gluten.

4. Can I use cornflour instead of cornstarch in a recipe?

I need to thicken up some gravy.

5. What’s the difference between masa Harina and cornstarch?

I’m trying to make tamales but am having trouble getting the masa dough to stiffen up enough to roll into tamale shapes.

As you can see, the difference between corn flour and cornmeal is simple. An easy way to remember this difference might be to consider the texture of these two items. Cornmeal has a rough texture that makes it good for thickening or coating foods. Corn flour is used in baked goods and other pastries because it creates a smooth texture when added to the dough.

Previous ArticleHoisin Sauce Vs Oyster Sauce
Next Article Where to find Ladyfingers in the Grocery Store?