When baking, is it really better to use Buttermilk over Heavy Cream? The debate has been going on for some time, and one thing is clear – people have very strong opinions on the subject. Also, fat free buttermilk is not entirely the same as full fat buttermilk in terms of flavor, texture and makeup. I cover the differences between buttermilk and heavy cream in detail in this article. 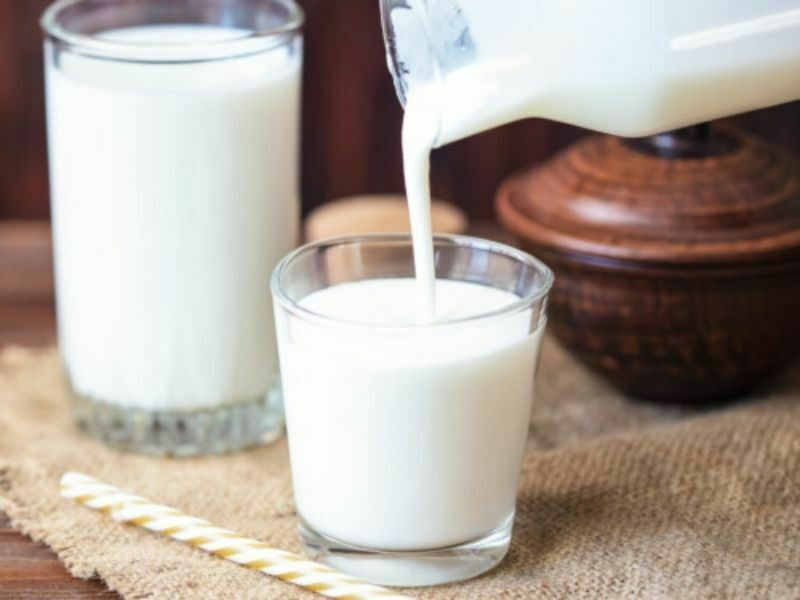 The term “buttermilk” is often used to refer to any type of fermented milk product, but in the United States, commercial buttermilk is a specific product. It is the liquid that remains after churning butter, and has a low fat content that varies from 0.5% to 2% depending on the country. Among its many uses as an ingredient in baked goods and desserts, it is also the main ingredient in breakfast such as biscuits and gravy, and is added to griddle cakes and cornbread.

Buttermilk can also refer to fermented milk produced by lactic acid fermentation, usually containing no more than 1% fat. In this case, it contains only traces of butterfat and has a sour flavor due to lactic acid cultures which produce lactose as a byproduct. It is commonly consumed in Eastern Europe, India, and South Africa.

In some parts of the world, buttermilk can refer to watery yogurt without butter or cream, made from skimmed milk instead of whole milk like regular yogurt. This kind of yogurt contains strains of Lactobacillus bulgaricus and Streptococcus thermophilus bacteria cultures.

When To Use Buttermilk In Recipes

Buttermilk can be used in baking and a variety of other recipes. Buttermilk is made from the liquid left over after milk has been curdled and strained. This “liquid buttermilk” is not the same as cultured buttermilk, which is a thicker, cultured product that comes from fermenting pasteurized skim milk with lactic acid bacteria.

Buttermilk is made from whole milk and contains 3.5 percent fat. It has a thick consistency, slightly sour taste and velvety mouthfeel. It can be used to make pancakes, biscuits, muffins, waffles, cakes, and quick breads. Buttermilk can also be used as a substitute for yogurt or sour cream in many recipes.

What Is Heavy Cream? 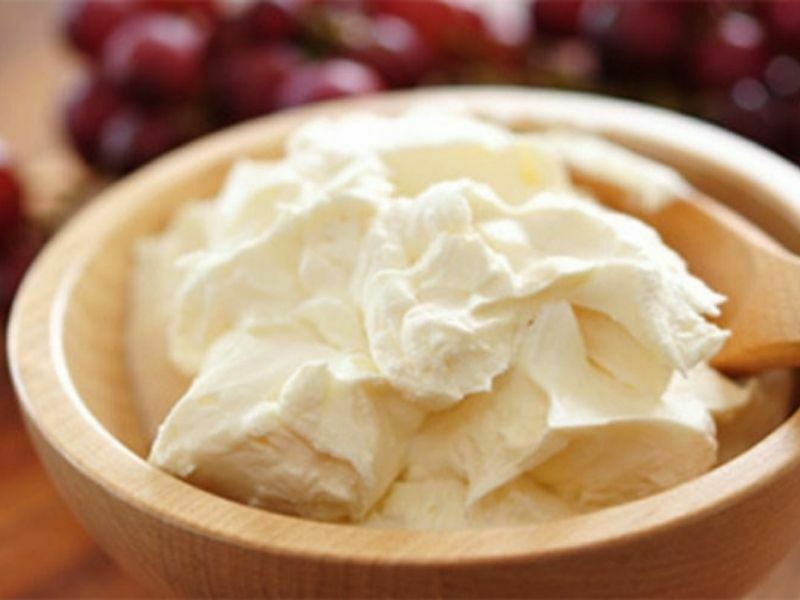 The term “heavy cream” is a bit misleading. It’s actually not very heavy at all. It’s heavy when compared to milk and half-and-half, but much lighter than butter and hard fats.

Heavy cream has a fat content of between 36 and 40 percent (most often 38 percent). This gives the cream its unique ability to whip into stiff peaks, hold its shape for some time, and have a thick consistency when stirred or drizzled. The higher percentage of fat allows the molecules to maintain their structure, which prevents them from coalescing with each other or with other liquids.

In the United States, liquid dairy products are regulated by the FDA, which defines terms such as “heavy cream,” “light cream,” “half-and-half,” etc.

When To Use Heavy Cream In Recipes

What’s The Difference Between Buttermilk And Heavy Cream

The best known difference between buttermilk and heavy cream is the fat content. Heavy cream contains more than twice as much fat as buttermilk, and although it’s higher in fat, it actually contains less water. But here are a few other differences to consider:

Buttermilk: similar to yogurt, fatty, tangy flavor, can be a great addition to sauces and gravy or as an ingredient in baked goods.

Heavy cream: rich, fatty than buttermilk, creamy flavor and is used in sauces and soups.

Both of them have a thicker consistency than milk and are slightly more sour in flavour.

Buttermilk is a cheaper alternative to heavy cream. It is also more versatile, being able to make both sweet and savory dishes.

The main difference between buttermilk and heavy cream is their fat content.

The higher fat content of heavy cream makes it thicker than buttermilk and gives it a richer flavor. While buttermilk has less fat than heavy cream, it still has enough fat to give you a creamy taste in your recipes.

When Can’t You Swap Heavy Cream And Buttermilk?

When swapping heavy cream for buttermilk, it’s important to consider why you’re using the dairy in the first place. Here are a few general rules of thumb:

If you’re looking for a thickener, use buttermilk. Heavy cream will work, too, but it doesn’t have the same acidity that helps thicken and curdle in recipes like homemade ranch or macaroni and cheese.

If you’re looking for liquid, use heavy cream. Both dairy products are liquids, but heavy cream is thinner than buttermilk. Heavy cream can be drizzled over berries or desserts without changing their consistency. Buttermilk won’t necessarily do that.

If you’re looking for flavor, use heavy cream. Heavy cream adds more fat and richness than buttermilk. If you’re adding it to a recipe that calls for liquid, you’ll get away with using less heavy cream than called for because of its thickness and fat content.

Can I Substitute Buttermilk for Heavy Cream?

If you’re trying to substitute buttermilk for heavy cream, you probably want to save calories. If so, then try low-fat milk or yogurt instead. These are great substitutes if you are using the heavy cream as a liquid in your recipe. But be careful if you’re using the heavy cream to add richness to your dish. The fat content of heavy cream helps make baked goods tender and adds body to sauces. Low-fat milk or yogurt will not give your dish this same texture or flavor, so if you need those qualities in your recipe then use a different substitute.

When I examined the differences between heavy cream and buttermilk, it was easy to see how some recipes could call for either ingredient. The main difference between the two is the thickness of their consistency. Buttermilk contains more acid than heavy cream and it also has a lower fat content. Although these products are both considered dairy foods, they are not interchangeable in recipes.

Previous ArticleMicrowave Vs. Toaster Oven: Which is Better for You?
Next Article The Easiest Way to Clean A Pizza Stone