The Differences Between Black Mussels And Green Mussels

As many of you may know, mussels come in many colors, sizes, and flavors. But there are two versions that are distant cousins. No, not the green and black varieties. We’re talking about green and black mussels themselves. You see, the color of a mussel isn’t always related to its flavor or even its size. And sometimes we don’t even take notice of what we’re eating because we’re so caught up in the moment. So let’s look into this often-overlooked food item and find out what the differences between black mussels and green mussels are.

What Are Green Mussels? 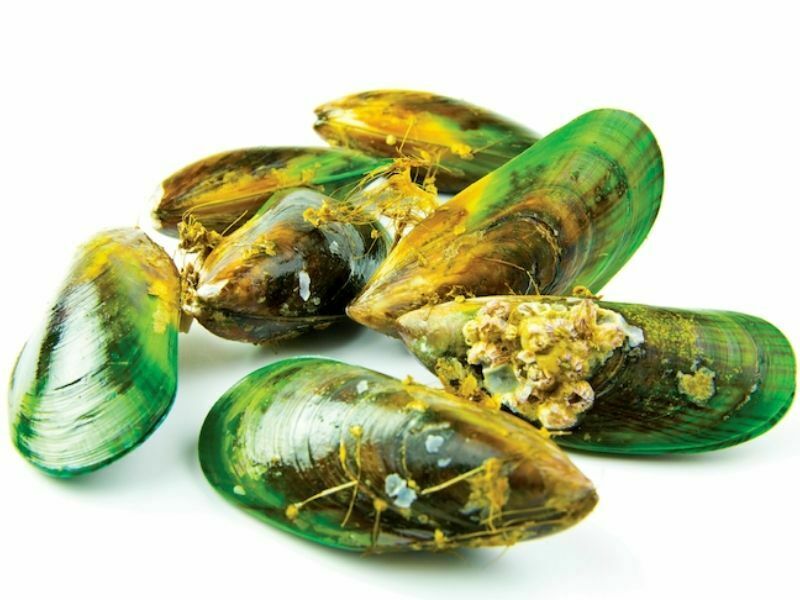 Green mussels (Perna canaliculus) are a species of mussel native to New Zealand. They belong to the family Mytilidae, which also includes oysters and blue mussels.

Although they grow in various coastal regions of New Zealand and Australia, green mussels’ original home was New Zealand’s North Island. However, they were also introduced to other parts of the world. In some countries, such as the Philippines, they’ve been considered an invasive species because they crowd out native species.

Like all mussels, green mussels have a soft body enclosed in two hard shells or valves. They use a strong but elastic byssus thread that’s attached to their body to anchor themselves to rocks or other structures on the seabed.

They feed on phytoplankton and other microalgae filtered from seawater through their gills. Not only do green mussel populations help keep their waters clean, but their rich flavor also makes them a popular food source for humans.

How to Use Green Mussels

Green mussels are delicious additions to many different dishes, but they are mild tasting and do better when paired with bolder flavors. Their thin shells make them easy to eat, while their sweet meat makes them a favorite in seafood dishes. They can be eaten raw or steamed, fried or grilled, though they may be hard to find in some areas.

What Are Black Mussels?

The New Zealand black mussel is a large, meaty mollusk with a dark-blue shell. Though they are called black mussels, they are actually a shiny, deep purple that can appear almost black. This mussel is cultivated on ropes suspended above the seafloor in clean coastal waters. They have a sweet, briny flavor and a firm texture.

Black mussels are usually sold live in the shell and must be cooked before eating. They should be stored in the refrigerator and used within two days of purchase or until their expiration date

How to Use Black Mussels

Black mussels, also called blue mussels (Mytilus edulis), are a species of edible mollusk. Black mussels are native to the coastal waters of Europe and North America. They are a type of bivalve, meaning they have two shells joined by a hinge. They live in both fresh and saltwater in underwater colonies called beds.

Black mussels attach themselves to rocks, pilings, and other firm surfaces by their strong byssus threads. They filter water through their gills, removing food and oxygen. Black mussels can survive out of water for several hours if kept moist, but should always be alive when purchased.

The Main Difference Between Green Mussels Vs Black Mussels

One of the most common questions we get is, what’s the difference between green mussels and black mussels?

Aside from the obvious color difference, here are some other notable differences:

Black mussels have longer shelf lives than green ones because they’re typically bigger and heartier. This makes them easier to transport, which means they can be sold at lower prices, making them more accessible to the masses. If you buy frozen or pre-cooked mussels, they will likely be black varieties due to their long shelf life.

Which Mussel Is Better – Black or Green? 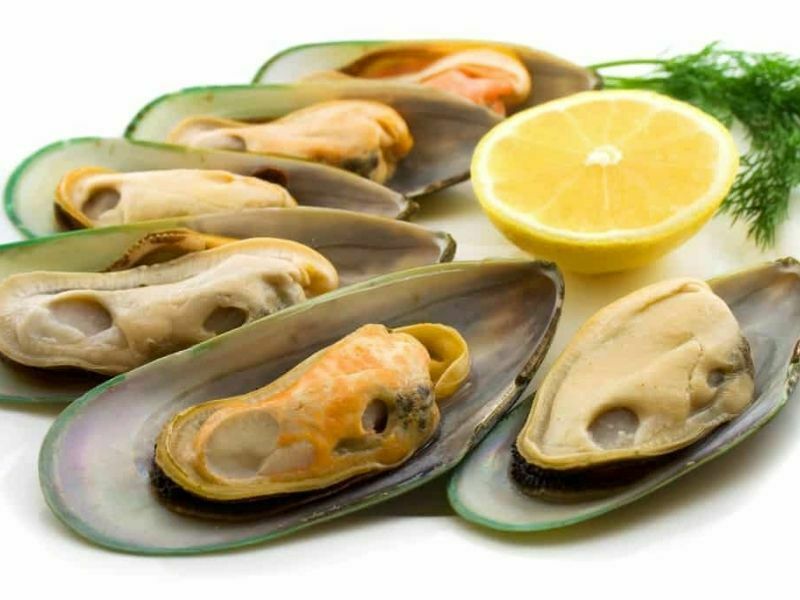 Mussels are one of the most iconic and often overlooked, shellfish. From the Mediterranean to New Zealand, mussels have been a staple in cuisines all around the world for centuries. But which mussel is better – black or green?

While they may be similar in appearance and cooking methods, there are some key differences between these mollusks that can help you decide which one is best for you. It all depends on what you’re looking for.

Why Is The Green Mussel Harmful?

The green mussel is a dangerous pest and has been responsible for some of the most extensive shellfish die-offs in history. It can be found in many freshwater streams and lakes and is usually found in the top few inches of soft sediment. They can also be found at depths up to 10 feet (3 m).

Green mussels are fairly large in size, up to 4 inches (10 cm) long, with a hard outer shell. Their body is blackish-brown, with orange or yellow bands on their gills. The main problem with these mussels is that they are capable of filtering huge quantities of water each day. This means that they are constantly removing phytoplankton from the water. This can lead to a huge reduction in the number of fish species living in the area, as well as causing problems for other aquatic plants and animals.

Are Green Or Black Mussels Healthier?

Green mussels are also known as New Zealand or Mediterranean mussels. Black mussels grow in cold waters and have black shells. Both types of mussels can be good for health, with similar nutritional profiles.

A 3-ounce serving of mussels has less than 100 calories and about 15 grams of protein. This provides a significant amount of the daily recommended intake for protein: 56 grams for men and 46 grams for women.

Green mussels provide more vitamins and minerals than black mussels, but only slightly more per serving.

Can You Substitute Green Mussels for Black Mussels?

The short answer is yes, you can substitute green mussels for black mussels. However, there are some important differences between the two types of mussels that you should keep in mind.

The two types of mussels differ in appearance, taste, and how they are grown. Green mussels are farmed by hanging them from ropes in the water and feeding them naturally, while black mussels are grown on the ocean floor using bags and artificial feeds. The former method is considered more natural and environmentally friendly.

In terms of cooking, there’s no difference between the two kinds of mussels as they both cook very quickly and need very little preparation before being served.

So, in the end, what’s the difference between black mussels and green mussels? Both types offer a healthy dose of omega-3 fats and protein. But if you need your food to be gluten-free, then green mussels are your best bet. If you don’t have any dietary restrictions, you can go ahead and enjoy both–they’re both delicious! Hopefully, that covers most of the misconceptions about this mollusk and removes some of the mystery surrounding them.