Belgian Waffles Vs Regular Waffles, Which Should You Choose For Breakfast? You don’t need to go far in the morning to get a tasty breakfast. A Belgian waffle maker cooks both regular and Belgian waffles, saving you time and money. Here is the debate between Belgian waffles and regular waffles.

What Are Belgian Waffles?

Belgian waffles are a popular breakfast food in the United States. They are available at most restaurants and bakeries, as well as being made at home. The waffles are made with eggs, milk, and butter. They have a variety of toppings that include powdered sugar, fruit preserves or syrup.

The Belgian waffle is similar to other types of waffles that have been around for centuries. It is believed that they were first made in Belgium in the early 1800s by monks who cooked them over an open fire during Lent. Today, they are still made in Belgium and shipped to many other countries around the world including the United States.

4 Things Everyone Knows About Belgian Waffles

Belgian waffles are a national treasure. They’re made with yeast, and they’re super light, crisp, and buttery. And they can be topped with anything from whipped cream to chocolate sauce.

Here are a few things that everyone knows about Belgian waffles:

1. Belgian waffles are popular all over the world.

Belgian waffles are one of the most popular breakfast foods in America and Europe. They can be found at most restaurants, but they are especially popular at diners and cafes.

2. They’re made with yeast

Belgian waffles are different than American waffles because they’re made with yeast, which makes them lighter and crisper than their American counterparts. The yeast reacts with the sugar in the batter, giving the waffle its unique texture and taste.

3. You can eat them for breakfast or dessert 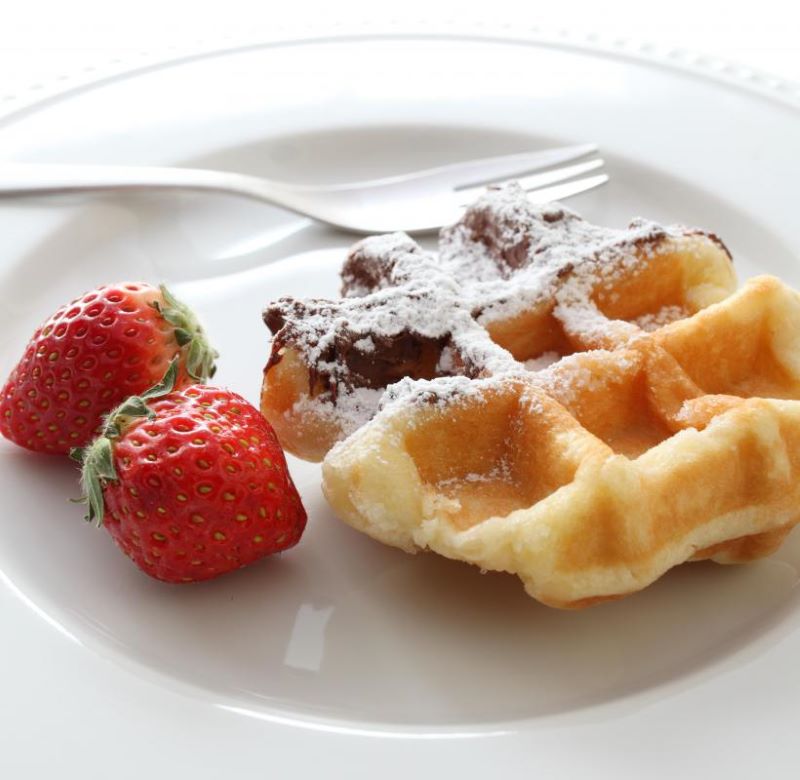 Belgian waffles are traditionally eaten at breakfast time (though some people like to eat them for dessert). But even though they’re associated with breakfast foods like eggs and bacon, it’s not uncommon to see them served at other times during the day as well — especially if you live in Belgium! 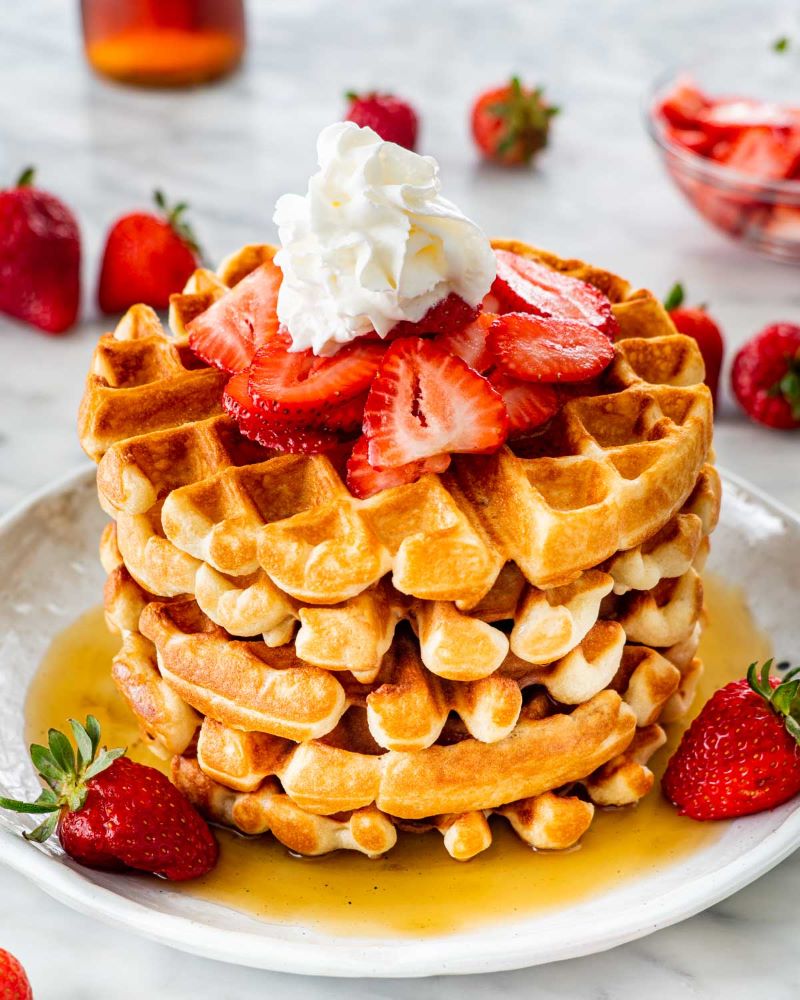 The traditional way to serve Belgian waffles is with powdered sugar and maple syrup or whipped cream on top. However, many people enjoy them with other toppings such as strawberries, bananas, or ice cream. In fact, there are even restaurants that serve Belgian waffles topped with chicken and gravy!

What Are Regular Waffles?

Regular waffles are a type of waffle that is made from flour and eggs. They are cooked by pouring batter into a grid, which is then heated up to make bubbles in the batter.

The regular waffle is known for its crispy outside and soft inside. Regular waffles can be eaten with a fork or a knife, but they are often eaten with syrup or fruit toppings.

People have been making regular waffles for hundreds of years. In fact, there are several different ways to make them that have been passed down through generations of families.

4 Reasons To Go For Regular Waffles

Waffles are a popular breakfast item, but many people don’t know that there are different types of waffles. There are the waffle irons you can use at home, and then there are Belgian waffles that you can get at restaurants. Below are four reasons why you should go for regular waffles over Belgian waffles.

1. The dough is easier to make

It’s much easier to cook regular waffles than it is to make Belgian waffles. Just mix the batter and cook it in a waffle iron!

2. You can customize the toppings

Belgian waffles have more options when it comes to toppings, but regular wafflers have plenty of options too! You can add fruit, nuts, or chocolate chips to your regular waffle batter before cooking it in the iron. You can also top them with whipped cream or ice cream after they’re cooked if you want something extra sweet and creamy! 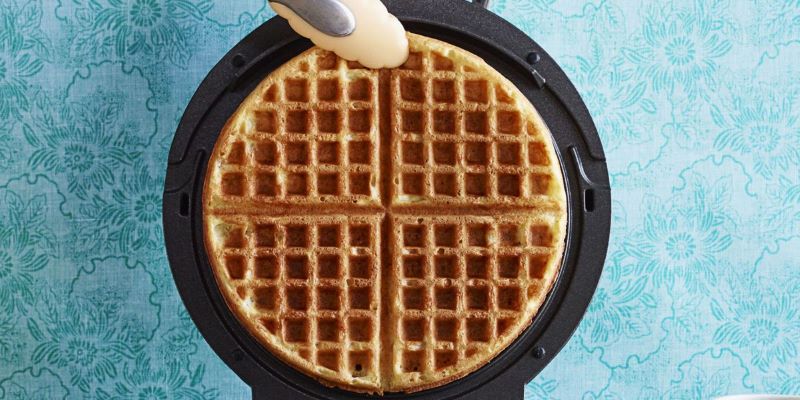 Belgian waffles can be expensive because they usually come from restaurants or specialty shops which offer them for takeout only and not for dine-in customers as regular waffles do at diners and other casual eateries.

4. There Are Many Flavors To Choose From 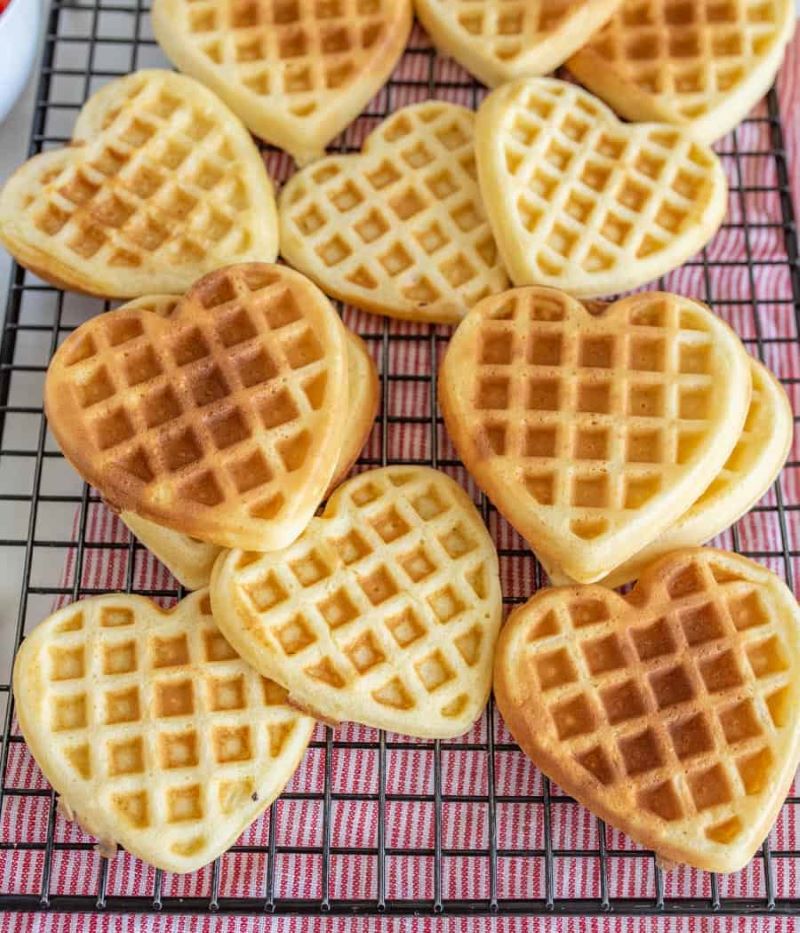 You don’t have to choose between Belgian or regular waffles when making them at home because there are many flavors available for both types of waffles. You can find everything from chocolate chips to cinnamon rolls in stores near you or online at websites like Amazon and eBay. You’ll also find many different kinds of toppings like nuts and fruit that can be combined with your favorite flavor of waffles to create something new each time you make them!

Belgian Waffles Vs Regular Waffles: Which Do You Prefer?

While both types of waffles are delicious, Belgian waffles vs Regular waffles have some key differences that set them apart. Here are five of them:

Belgian waffles are much thinner than regular waffles, although there is no standard thickness for Belgian waffles. Some are thin enough to be eaten with a fork while others can be cut into wedges like traditional pancakes or French toast.

Belgians recommended wedges some thicker than regular waffles because they use yeast as an ingredient instead of baking powder or soda bicarbonate (which is used in American-style pancakes).

Belgian waffles have a much denser texture than regular old-fashioned waffles because their batter contains more sugar and yeast than its counterpart does — this gives them an incredibly crispy exterior that is light golden brown in color.

Regular waffles have a much softer texture than Belgian waffles because they don’t contain as much sugar as their European counterparts do — these can be cooked golden brown or even dark brown on the outside.

Belgian commended wedges taste different from Regular waffles because they contain sugar, vanilla, and other flavorings that work well together with the batter ingredients.

Belgian waffles have a doughy texture because they use eggs and yeast in the batter.

Regular waffles don’t contain any eggs or yeast, so they’re lighter and fluffier than Belgian waffles.

Belgian waffles are usually round although there are some that are square. Unlike regular waffles, Belgian waffles can be triangular or square with a variety of shapes. They are also bigger than regular old-fashioned ones and can have a diameter of anywhere between four to six inches.

Belgian waffles are typically made in a square shape, but when they’re cut in half, they create triangles that are called “Belgian bites.” These bites are often served with ice cream or fruit on top.

Regular waffles are round, although some restaurants offer square-shaped ones as well. This shape makes them easy to hold and eat without making a mess!

Belgian waffles are a lot sturdier than regular old-fashioned ones, which is a result of their thinner texture and shape. This makes them perfect for piling on the toppings.

Regular waffles can still hold as many toppings as you want. Both Belgian waffles and regular old-fashioned ones are easy to eat.

Belgian waffle toppings include whipped cream, maple syrup, or fruit toppings like berries and bananas. You can also eat them plain without any toppings at all!

Belgian waffles contain sugar, which gives them a slightly sweet taste. The sugar helps to give the Belgian waffle its crispy outside layer.

Regular waffles will have less sugar than the Belgian variety, which can make them a little dryer in texture and less crispy on the outside when cooked properly.

A Belgian waffle has 144 calories, 11 grams of fat, 40 grams of carbohydrates, and 9 grams of sugar.

A Perfect Recipe For Belgian waffles

I love Belgian waffles. They are so good! But they’re not always easy to find. So when I saw this recipe, I knew I had to try it out. These waffles are made with yeast and take a little bit of time, but they’re really worth it. The recipe is from The Joy of Cooking cookbook.

Step 1: In a large bowl, dissolve 1/2 cup of warm water in 1/2 cup of honey, then add 2 teaspoons of yeast and let stand for 5 minutes until bubbly.

Step 2: Stir in 2 cups flour, 1 teaspoon salt, and 2 tablespoons vegetable oil until smooth (the dough will be sticky).

Step 3: Cover with plastic wrap and let rise for about an hour or until doubled in bulk (it will rise more than regular bread dough).

Step 4: Grease your waffle iron with butter or nonstick spray (if your iron has holes on top as well as the bottom, grease those as well).

Step 5: Form dough into balls about 1 inch across (they won’t spread much during baking).

Step 6: Place 4 or 5 balls at a time on a hot iron (don’t crowd them) and cook until browned on both sides, about a total of 5 minutes per batch.

Step 7: Keep finished waffles warm on a metal rack, and repeat the process until the whole batch is done.

Step 2: Start by mixing together all the ingredients in a large bowl.

Step 3: Stir until they are well blended.

Step 4: Grease your waffle iron with cooking spray or butter and heat according to the manufacturer’s instructions.

Step 5: Pour about 1/4 cup of batter onto the center of the hot iron and cook until steam stops rising from the sides of the iron (about 3 minutes).

Step 6: Carefully remove from iron with a wooden toothpick or fork; keep warm on a plate until ready to serve.

Step 7: To serve, top with favorite toppings such as fresh fruit or syrup.

1. Are Belgian waffles sweeter than regular ones?

Yes, because they’re made with sugar, milk, and eggs. They also have more air pockets in them than regular waffles do, which makes them light and fluffy.

2. What makes Belgian waffles so special?

3. How are Belgian waffles different from regular waffles?

Belgian waffles are much thicker than regular waffles, so they’re more like a pancake. They’re also sweeter, and they have deeper pockets than most American-style pancakes.

Belgian waffles are thicker, fluffier, and sweeter than regular waffles. They are made with whipped egg whites and sometimes contain pearl sugar which gives them a crunchy texture. Although they take a little longer to cook than regular waffles, they are definitely worth the wait!

Yes! Golden Waffled are just regular Belgian Waffles with an egg wash on top before baking for a golden color when cooked.

Hopefully, this article has given you enough information about Belgian Waffles Vs Regular Waffles to make an informed decision about which waffle maker you’d like to buy. We’ve just scratched the surface of the differences here, but we hope it’s enough to lead you in the right direction.